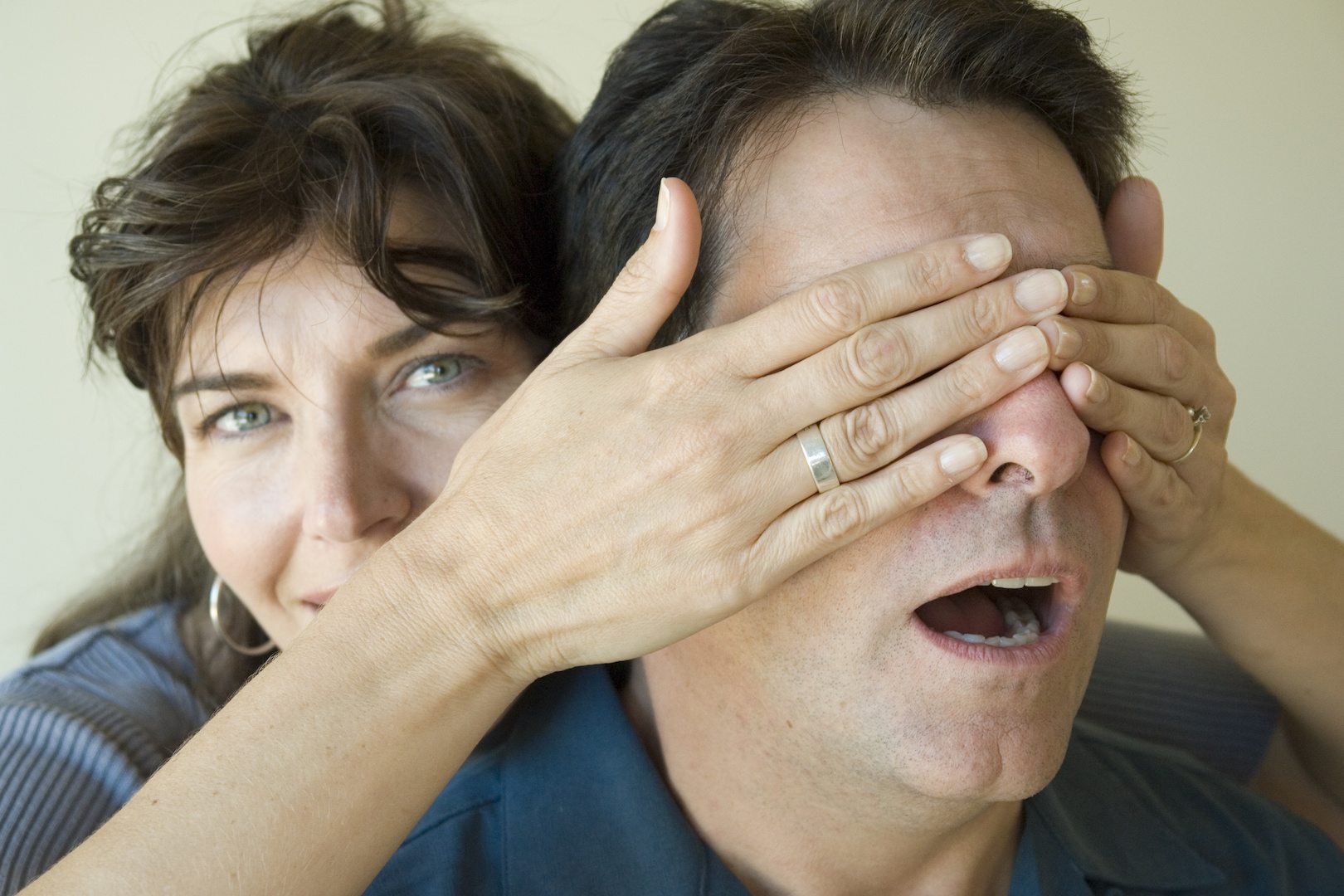 A while back a gal I’m mentoring asked me if I’m ever “surprised” by anything Steve does. She probably thinks that after all of these years there aren’t many things we don’t know about each other. And she is partly right. But as I told her, sometimes there is a surprise, or several. And mostly, they have been positive ones.

Sometimes, the surprise comes about because of personal growth, or a different kind of change. For example, Steve is now a reader, where for most of our marriage he hasn’t been. He is even enjoying reading. This has been a pleasant surprise. We now enjoy reading TOGETHER.

But a few days ago, Steve surprised me when we were going out to a movie. He switched movies on me when we were walking down the hall of the theatre. He had actually planned ahead of time to surprise me by doing so. And he certainly did. I was surprised, and moved because he did that for me. It was a movie I’d wanted to see for a while. But I thought it was no longer in the theaters. (We’ve had a lot of company over the last 2 months and didn’t have the time to go.) It was also a movie that I didn’t think he’d enjoy. (It’s a musical.) So I backed away from asking him to take me. I figured I’d see it sometime in the future on TV. But I secretly longed to see it on the big screen.

Steve heard me talking about it to several other people. (No, I wasn’t trying to bait him to get him to take me.) He later determined that even if he didn’t find it to be his type of movie, he would enjoy seeing me enjoy it. So, he planned it out to tell me we were going to see a mutually agreed upon movie. But then he made a switcheroo. What a guy! And the funny thing is, he actually DID enjoy it! That was an added surprise (for both of us).

Actually, this is not the biggest surprise, with which Steve has blessed me. On our 20th wedding anniversary he somehow secretly planned and pulled it together for us to renew our vows. Our pastor, some dear friends and family members were in on it with him. I didn’t know (nor did I suspect) anything about this beforehand.

I innocently walked into our church thinking Steve was getting something he told me he needed before we went out to dinner. But instead, I walked up the steps to find a friend holding a veil and flowers for me. Another friend helped me put on the veil. The doors opened, and the church was filled with people we both love. Even our oldest son who was away at college dropped his studies to come in to be with us. Other out of town relatives were there too. Standing near the altar, our beloved pastor was waiting to help us renew of our vows.

But There’s More to the Surprise 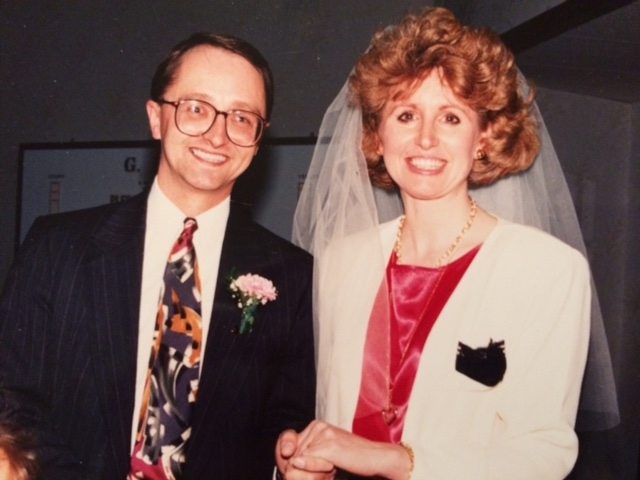 Near the end of the ceremony, our pastor said, “And now, for the exchanging of the rings.” I looked at him and Steve in surprise. You see, I had lost my wedding ring a number of months before this anniversary. I looked everywhere I could think of to find it. I couldn’t. Steve wanted to buy me a new one. But I didn’t want him to do it. We had matching wedding rings and I didn’t want another type of ring. I kept holding onto the hope that I would find it.

Steve decided to have a new one made up that looked just like it. He went to a jeweler and showed him his ring (since it was the same design as mine). The jeweler needed a few days to make up the mold (the design is intricate). Steve said that for two days, he hid his hand from me. If I went to hold hands with him, he managed to switch sides to give me his other hand.

Steve guessed my ring size. He had the ring made up, and planned the renewal of our vows ceremony.  When it came to the exchange of wedding rings, Steve placed my new ring onto my finger. It fit perfectly, and surprised me more than words could ever express. How I love this man! (By the way, I never found my original ring.)

There was a reception all arranged after the ceremony. I was flabbergasted that Steve could pull all of this off without me knowing beforehand about any it. I consider myself to be a pretty alert person. But honestly, we’re thinking God closed my eyes to what was going on.

Not a Man of Surprises

What’s remarkable about all of this is that Steve is usually a predictable guy. He’s a funny, funny guy, but he IS predictable as far as his approach to every day living. It’s something I’ve learned to accept about him (just as he accepts other things about me). He has so many other wonderful qualities, that this is certainly something I can live with.

But every once in a while, Steve finds a way to happily surprise me (as you can see from the smiles on our faces in the above photo). In the midst of his predictability, he will sometimes throw in a surprise. I love that about him. He steps outside of his comfort zone and giftedness and wows me sometimes. What a joy this is when it happens!

I say all of this to challenge you to mix things up every once in a while. Even if it isn’t your giftedness, look for ways to sometimes surprise your spouse in ways that will wow him or her. You will BOTH be blessed by it. But I have to caution you here. Some spouses prefer big surprises. Others can only take small ones. I know of a wife that planned a big surprise party for her husband and it did not go well at all. He does not like big surprises and it ended up a disaster. Figure this out about your spouse and plan your surprise in a way that he or she WILL enjoy.

If you need a few ideas to add variety to your Date Nights, and surprise your spouse, visit our Romantic Ideas topic.