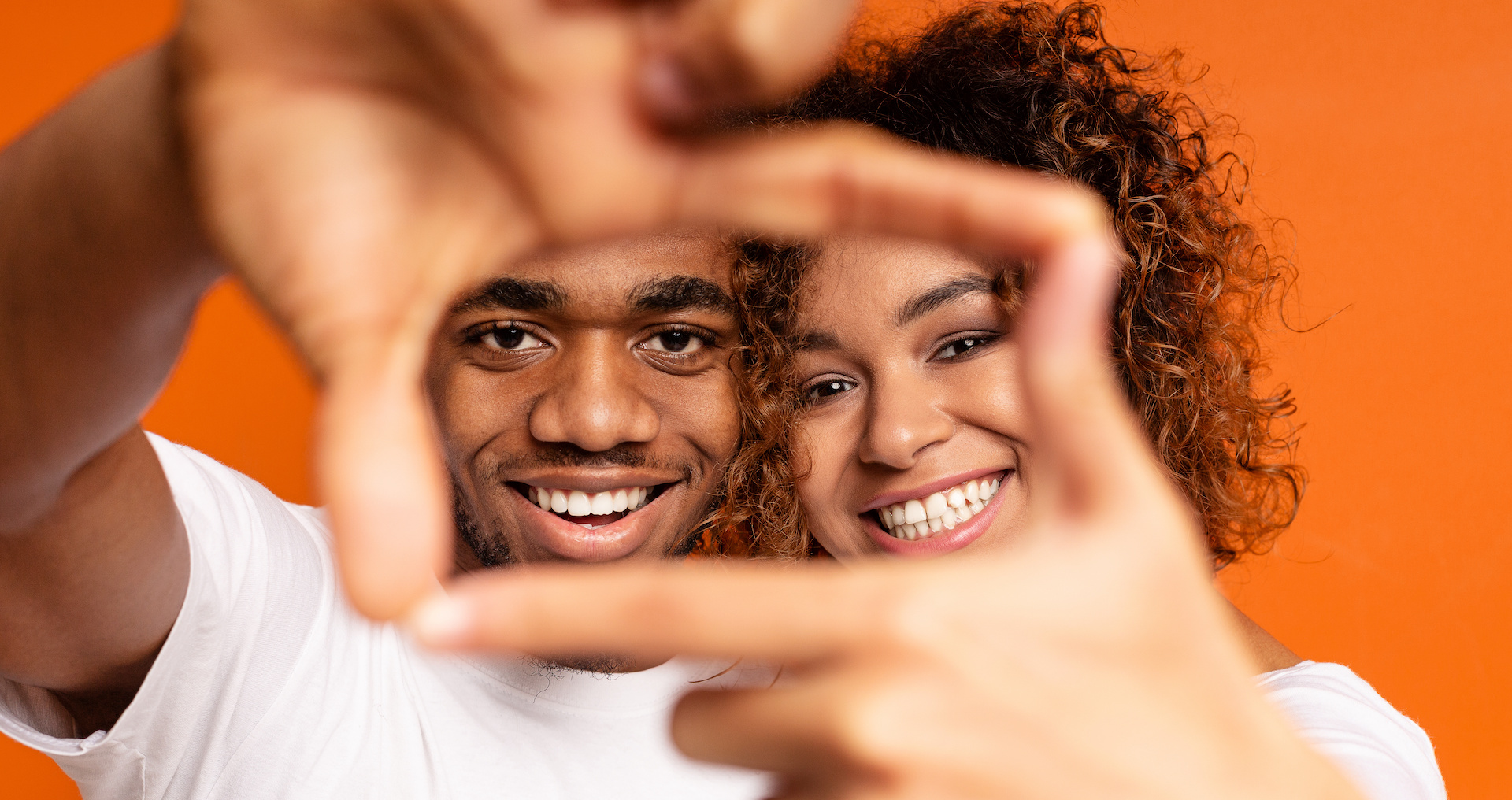 Have you ever felt like you live in a glass house where you’re on display and everyone can see what you’re doing? How about in your marriage? Do you feel like your married life is on display?

Several years ago, I (Cindy) read a quote that got me to thinking about that concept spiritually and how it also pertains to marriage. Pastor Scott Shaum wrote a review of a book titled, “In the Arena” written by Isobel Kuhn. Here’s what he wrote that made an impact on our life together:

“Isobel Kuhn was a wife and mother who worked all her adult life among the Chinese. Her personal conviction was that her entire life was on display for others to observe God through. She was ‘convinced that her trials and difficulties were arena experiences, which God used, not to punish her, but to reveal Himself.”

Now, what does this have to do with marriage? We believe God is telling us that marriage is a lot like that. It’s a “profound mystery” (as we’re told in the Bible). But it’s also a living picture of Christ’s love for His church (referenced several times in the Bible). For some mysterious reason, God has entrusted us to display Christ’s love for His church by the way we live with each other. So, essentially, our marriages are on display for the world to observe. Now that is scary! But it’s true.

Have you ever looked at marriage in that way? We hadn’t, until God revealed it to us. And His revelation changed how we live our life together. We’re also hoping it will make an impact on yours.

Like it or not, our marriages are on display! People are watching. Let’s face it; you watch people—it just happens. It’s what we do. Now, judgement is another thing. We won’t go into that in this Insight, other than to say, that you can’t live around people without getting judged in some way. And when you claim to be a Christ-follower, people will look at you skeptically. It’s as if they’re thinking, “Prove it by how you live your life.”

On that point, Pastor Trent Griffith points out: “Your marriage will either display or distort the glory of God.” That seems harsh, but it does have some merit. HOWEVER, we want to say at the onset, that the point we’re trying to make is NOT about finger-pointing. We’re not proposing that you alone make or break your marriage picture. That’s because you don’t! Your spouse holds responsibility for his or her actions too. You can’t entirely change your spouse’s behavior. You can some sometimes influence it; but ultimately, your spouse is accountable alone for his or her actions. So, please don’t pick up that guilt.

However, we’re told in the scriptures, “If possible, so far as it depends on you, live peaceably with all.” (Romans 12:18) That IS the part you play in displaying marriage. You are to do whatever YOU can; and see what happens from there. And what’s amazing is that God uses us in amazing ways when we live out His principles, even if our spouse doesn’t. We’ve repeatedly seen that happen.

But, concerning this whole issue, we’re struck by something Susan Graham Mathis observed. She wrote:

“I watch them as they walk into church as though they’re on their honeymoon, even though I know they’ve been married for decades. They are kind and tender toward one another, hand in hand, interacting sweetly. A glance their way warms my heart. I just know they are in love, and they enjoy being married.

“Another couple—the man who walked into church five paces ahead of his wife—sits in the pew several inches apart. They snip at each other throughout the service.

“All too often I hear people say, ‘Why would I want to get married when all I’ve seen is how unhappy couples seem when they’re married?’” (From Susan’s Canada FOF article, “Marriage on Display”)

And that’s true. We’ve observed similar interactions. Plus, we’ve lived it. We’ve learned firsthand, that people are watching, whether we realize it or not. Here’s something that Steve wrote on this matter in our book, 7 Essentials to Grow Your Marriage:

A Marriage on Display:

“A long time ago, God showed Cindy and me that if we ‘Reveal and Reflect the Heart of Christ Within Our Marriage,’ it will draw others to Him. That is the mission objective of Marriage Missions International, and we believe it should be a mission for all marriages.

“In 1988 I took a ministry transfer to another city that would cause us to move away from our home church. On the Sunday our pastor announced this to the congregation, a young couple came up to us after the service. The husband said, ‘You don’t know us, but we’ve sat further back behind you for several years. We’re a quieter couple. But we’ve watched how the two of you interact with each other; and we just want you to know that we’ve often said to each other that we want a marriage just like yours.’ As Cindy and I were driving home, we started to process what this couple said to us. We couldn’t think of anything ‘outstanding’ we had done that would cause them to think that. (And we thanked God that we hadn’t done anything jerky to damage this testimony.)

“Then we realized that our expressions of love for each other spoke to us; but it also spoke to others. We always sit as close to each other as possible. I often have my arm around her (yes, even in church). Or I hold her hand—sometimes even when we’re standing during praise and worship songs. I often look over at her and mouth the words, ‘I love you.’ And she responds in kind. The thing is—we aren’t putting on a ‘show’ to impress anyone; it just flows naturally from our hearts.

“Eleven years later we were about to take another ministry transfer across country. The pastor of our church, at the time, made a similar announcement. Immediately following the service, two young women approached Cindy and me, and it was like déjà vu. They too had been sitting behind us for several years, observing us. The only difference was they were both single; but they said that when each of them did marry, they ‘wanted a marriage just like ours.’”

Please know that we’re not telling you this to brag—truly! We don’t always do everything right. How we wish we could say that we do; but we don’t. We acknowledge that we are sinners saved by God’s grace.

But we want you to realize that our marriages ARE on display. And our personal walk as individual spouses are also on display. That’s the truth—like it or not! God uses our lives to speak His message to others. So, the question is: what message are we are living out before others? Are we speaking Christ, and pointing others toward Him? Or are we “speaking” a contrary message?

“Marriage is a living advertisement for God. …How couples handle life’s ups and downs presents a side of God’s nature to the world. How a couple communicates, argues, and resolves conflict give people a greater sense of who God is. By uniting both parts of humanity, marriage helps people grasp God better, see God more clearly, know God more deeply, and live for God more intently. Every married couple is an advertisement for God. Ultimately, it is up to each married couple to decide how persuasive their public notice for God will be. (From his book, “Before ‘I Do’”)

Again, this isn’t to “guilt-trip” you. And it isn’t meant to have you put on a false front before others and then live in a contrary way behind closed doors. That’s not good either! But you need to be aware that your words and actions toward each other are being seen by others around you. And they do influence others in many ways.

Something many spouses miss:

“Displayed love gives children a pattern to follow. Kids live what they see. They often approach relationships the way they see us approaching them. What does a healthy relationship look like? They will understand this by seeing it in us. Love—they will discover by watching—is more than just hugs and kisses. It’s also kind words, helpful gestures, and tender care in other numerous ways.” (Tricia Goyer)

“Kids are also watching their parent’s marriage; and yet too many marriages underestimate the power of modeling! Children are taking daily recordings of what a marriage looks like; and those recordings are influencing and shaping their view of marriage. So, live your marriage wisely to make sure the message you are sending your kids is the message you intend to send.” (Doug Fields)

We realize that not all couples feel comfortable openly “displaying” their love. We get that! But people around us sense when there is genuine love being lived out by a married couple. The fruits of the Spirit are evident. And God speaks through His fruit. He also speaks through His Word when we live it. God tells us in His word that:

When this type of love is exchanged by a married couple, it can’t help but draw others to look to God. And isn’t that the point?

But it’s important to note that:

“Modeling a Christ-centered marriage is a daily choice. As we set an example, we’ll show the world why marriage is a great plan—right from the heart of God.” (Susan Graham Mathis)

We made a vow on our wedding day to God and to each other. From this day forward it’s important that we live out those vows behind closed doors and out in the public.

We encourage you to “Live a life of love” with your spouse as God teaches throughout the Bible. Get into God’s Word and stay in God’s word. Continually search its treasures. As a result, God will help you build your marriage relationship so your children can better see how to truly love and be good spouses. And a great benefit is how much more you will enjoy your married life together. We pray you will!

This is our prayer for your marriage:

“May the Lord make you increase and abound in love for one another and for all, as we do for you, so that He may establish your hearts blameless in holiness before our God and Father, at the coming of our Lord Jesus with all His saints.” (1 Thessalonians 3:12-13)