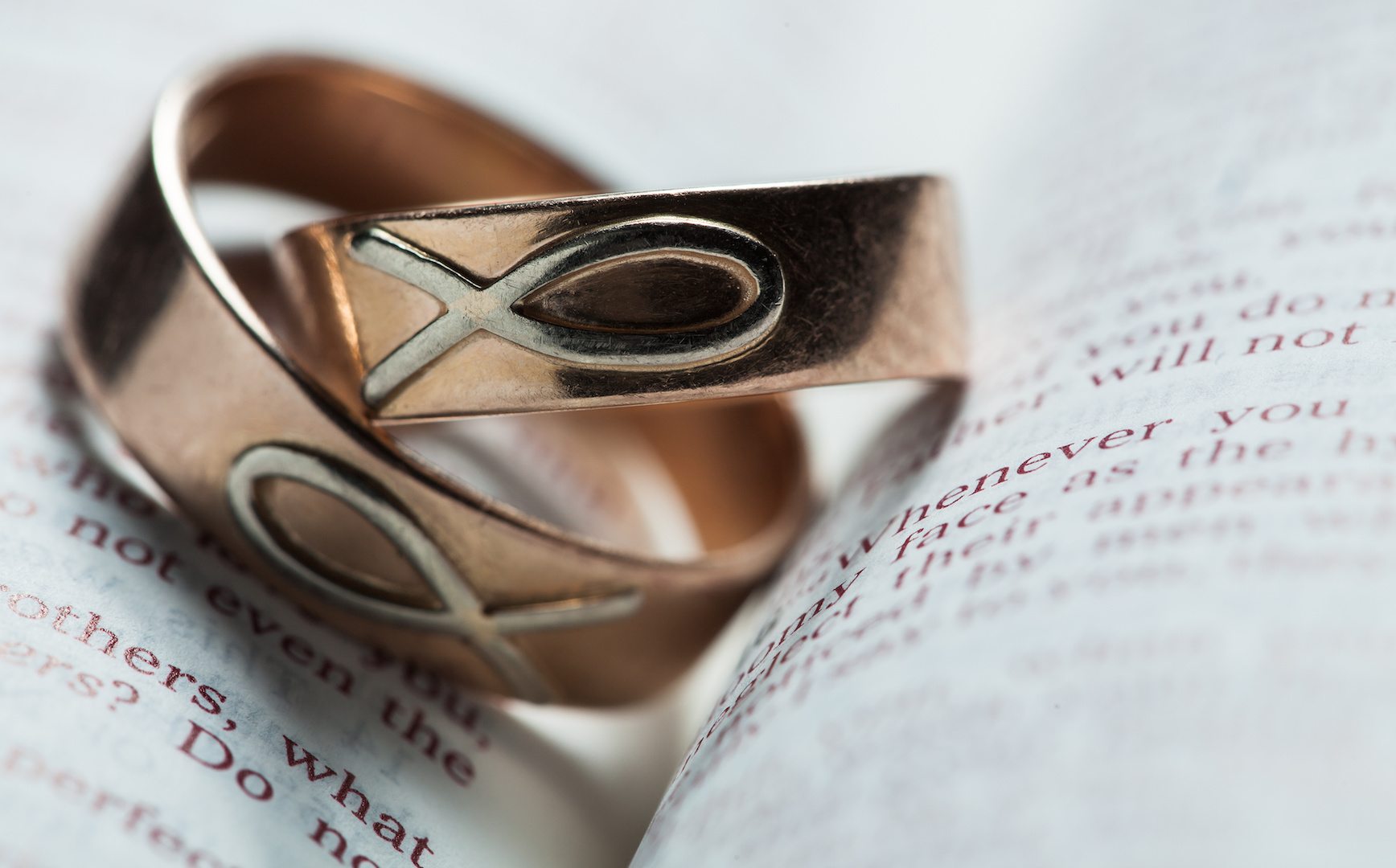 There is a big difference between two Christians who are married and a Christ centered marriage. (Gary Oliver)

Is there a big difference? That’s the question we want to address here. Is a marriage a Christ centered one if both spouses are Christians? Or does it just have the appearance of being one?

Just because both spouses know Christ in a personal way, it doesn’t mean that they live Christ within their marriage relationship.

I was going through some papers, deciding what to keep and what to throw away. I came across some notes from a seminar my husband Steve and I attended a number of years ago where Gary and Carrie Oliver were speaking.

Carrie has since gone to be with the Lord after losing her battle with cancer. But what a lovely couple they were together and what rich advice they gave, especially in that seminar. I thought I would share a few of the things I was able to write down.

The main reason I want to share this information is because it spoke deeply to my heart. You see, I used to think that if two Christians married each other, that meant theirs was a Christ-centered marriage. How very naïve I was!

We receive emails and comments are posted on our web site where a spouse starts off saying, “We are both Christians.” And then they say, “But our marriage is in serious trouble and we are headed for divorce…”

That statement gets to me because I don’t understand how you can have a relationship with Christ and yet stay conflicted with your spouse—particularly if your spouse claims to have a personal relationship with Christ, as well. I understand having conflicts, but staying conflicted, I don’t understand. And I probably never will. Obviously someone or both are not living for the glory of God.

Falling In and Out of Love

It’s like what Carrie Oliver said, “When we marry, what we’re often vowing to is, ‘I choose you to make me feel better about myself.”

I certainly can relate to that because I can see that I approached marriage that way. I wasn’t a Christian at the time, but I sure thought I knew what “love” was. And I sure thought I was in love with Steve. After our marriage started unraveling I started to entertain the idea that I had fallen out of love. Actually, I now know that I loved who I thought Steve was and how he made me feel when we were with each other. Once the shine and newness started to rub off of our relationship, things began to look different. So as quickly as I “fell” into love, I “fell” out again.

After the Lord came into my life, He spoke to me and helped me to see that I had made a vow. It wasn’t a wedding wish that I made. It was a marriage vow. And even though Steve was different than I thought he was, I needed to lean upon the Lord to help me to fall in love with the REAL Steve —not some figment of my imagination. After all, even though I didn’t feel I loved him and even though we fought all of the time, I could certainly see that he was basically a good-willed person.

Steve wasn’t crazy or anything and wasn’t totally narcissistic. (And yet at the time I thought he was. But in thinking about it, he probably thought I was too. That is because we both had “gimme” attitudes thinking we deserved better.)

I’ve learned a lot about love since those days and keep learning more. 1 Corinthians 13 and many other parts of the Bible explain love in it’s truest form. Scripture explains what God requires of us, concerning how we are to give love and live it. The principles for loving each other in marriage are the principles we see for living, as written about throughout the Bible.

In the talk that Gary and Carrie gave, they said the following, concerning a Christ centered marriage. This is opposed to a marriage where Christians may reside, but not necessarily abide in deep fellowship with Christ.

• “In a Christ centered marriage, I/we choose to find creative ways to serve. But in a regular marriage, the focus isn’t as much on serving as it is on wanting to be served.

• “In a Christ centered marriage, I/we work to understand. We assume the best in our spouse (even though sometimes that is extremely difficult). In a regular marriage the worst is often assumed about the motives behind the other spouse’s actions and words.

“If our sensitivity levels are set too high, we can take offense when none is intended. We can look for slights when they aren’t really there. We can assume the worst when it may not be true.”

It’s like what Gary and Carrie Oliver told of their own marriage in the earlier days.

“…It used to be that we were MADLY IN LOVE. But eventually, we were JUST MAD.” The Lord worked on us BIG time to change that attitude around.

“In a Christ centered marriage, I/we will seek opportunities to pray together and individually for each other. But in a regular marriage, praying together is sometimes done. It is hit or miss at the best.”

“In a Christ centered marriage, I/we will pray that the Lord searches our individual hearts to ‘see if there be any wicked way in me and change me in the way ever-lasting’ as David prayed in the Bible. In a regular marriage, the attitude is more of, ‘please change my spouse.’” And if we pray for our spouse, it is more on the line of wanting them changed so our life together is easier. This is opposed to grieving over what this sin is doing in their life.

“In a Christ centered marriage, I/we seek to forgive and be forgiven. That is absolutely essential. In a regular marriage, it is not. It is a continual struggle of tug and pull.”

Gary and Carrie said a lot more in that talk, which I wasn’t able to write down to be able to relay it to you. But one thing they did share is “9 Powerful Words” we should say more in marriage. They are:

Very, very important words, indeed! And this was a very important message for us all to prayerfully consider. Please know that just because you and your spouse are both say you are “Christians” it doesn’t mean that you have a Christ-centered marriage. You must both love Christ and follow and live by the teachings of Jesus.

We all go off-track at times. Those who are Christ-followers are “sinners saved by grace.” So sometimes we don’t do what we should at all times. But over-all, Christ needs to be held at the center of your relationship if you truly do have a Christ-centered marriage. You aren’t to just be Bible-reading Christians, but also to be Bible-living Christians.

We are told in the Bible:

“Do not merely listen to the word and so deceive yourselves. Do what it says. Anyone who listens to the word but does not do what it says is like a man who looks at his face in a mirror. After looking at himself, he goes away and immediately forgets what he looks like. But the man who looks intently into the perfect law that gives freedom, and continues to do this, not forgetting what he has heard, but doing it —he will be blessed in what he does.

“If anyone considers himself religious and yet does not keep a tight rein on his tongue, he deceives himself and his religion is worthless.” (James 1:22-26)

May God minister to your marriage by the message written above.

6 responses to “Is Yours TRULY a Christ Centered Marriage?”