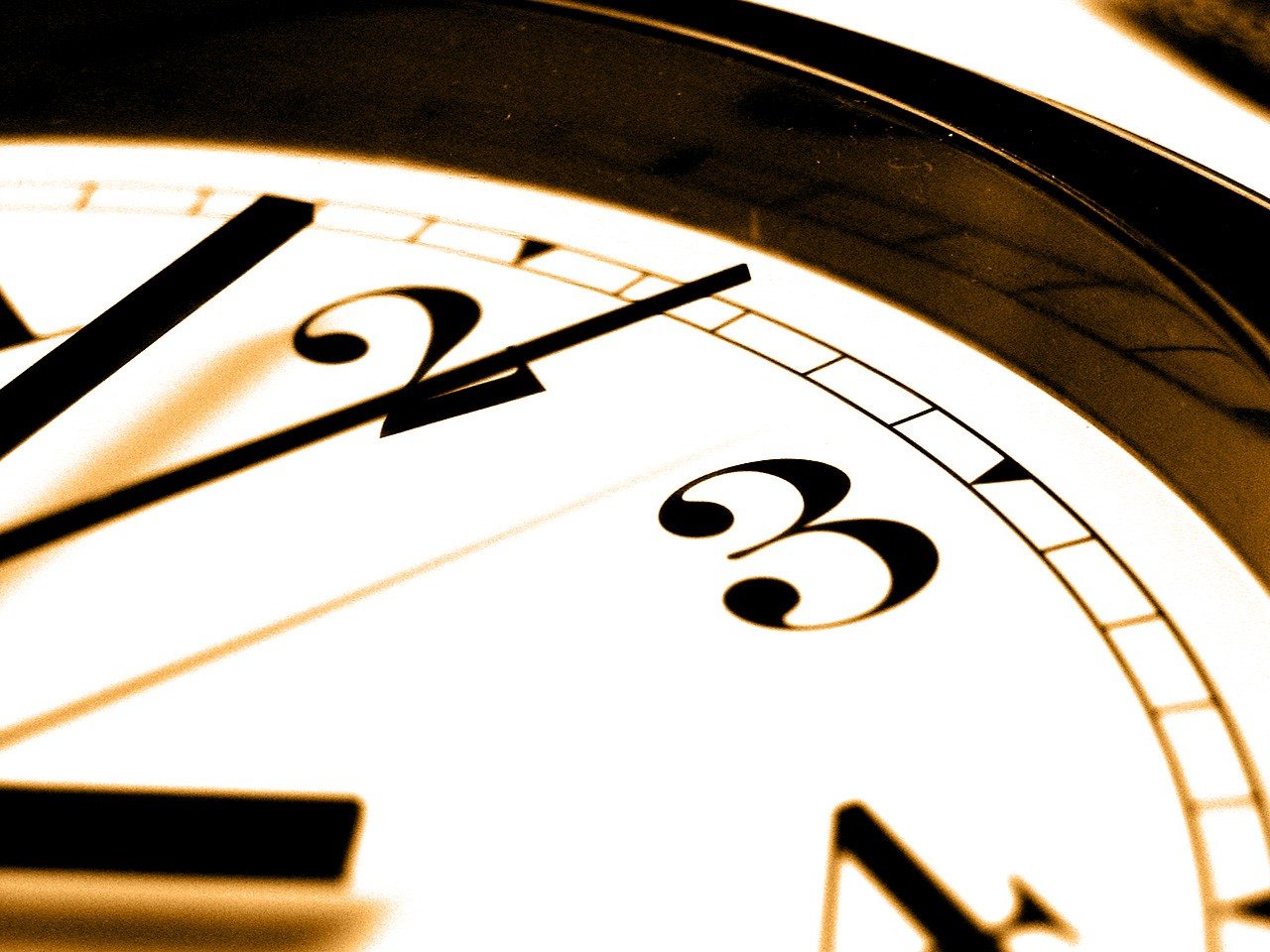 It’s not an unusual thing at all to find yourself in a time starved marriage. At some point most spouses find themselves there. The important thing though, is to change that, which you can so you don’t stay in that starved state. But you have to be intentional in making the adjustments.

“You will never ‘find’ time for anything. If you want time you must make it.” (Charles Buxton)

We have personally found that to be so true! We used to say that things would slow down after this and that. But it seems like when you’re done with one thing, something else is waiting to take its place. Usually it doesn’t wait. It overlaps with your present busyness, so there’s never really a break.

That’s why it’s important to make it a point to intentionally guard your time —to the best of your ability. There will always be some things you can’t control. But then there are other things you CAN control.

There are choices to which you can and should say yes. But then there are other things to which you should consider saying no. You aren’t supposed to continually be kept captive to the clock, with too much to do and too little time in which, to do it.

Keep in mind that if you say, “yes” to doing one thing, you’re committing yourself to say “no” to something else that might be more important. We’re talking about spending quality time with your spouse and/or children.

To help you (and us) to better deal with this issue, we’re going to share a few quotes from the book, Your Time-Starved Marriage: How to Stay Connected at the Speed of Life

. Drs. Les and Leslie Parrott wrote this book and we believe you will learn learn things that you could benefit from knowing:

• “‘The reason most goals are not achieved is that we spend our time doing second things first,’ said business author Robert J. McKain. And he’s exactly right. We may say that our marriage comes first, but that doesn’t matter if we devote our time to what’s lower on our list. Saying it’s a priority and making it a priority are two different things.”

Here are a few quotes they have in their book by other marriage experts:

• “You cannot protect your priorities unless you learn to decline, tactfully but firmly, every request that does not contribute to the achievement of your goals.” (Ed Bliss)

• “The first step in reclaiming your time as a couple is to realize that your life is happening now. Not someday. Not once something else is achieved or a certain phase has passed. It’s happening today. This is it now.”

“We can’t begin to tell you the number of grateful readers who have emailed us with stories of how this simple advice has helped them. ‘We’ve always had a pretty good marriage,’ Lisa wrote, ‘but when we began to follow your Love List and treat laughter as our daily vitamin, it brought our relationship to a new level.’ Lisa went on to tell us how they had made it a contest to see who could find the funniest joke or comic picture or whatever to make the other person laugh each day. ‘We used to go through the motions at the end of our weary workday, but now we are laughing all the way to the kitchen table each night before dinner. It’s redefined our relationship.'”

• “Busy people rarely give their best to the ones they love. They serve leftovers. We’re not talking about the kind that comes from your fridge. We’re talking about emotional and relational leftovers —the ones that remain after the prime energy and attention has already been given to other. This is sometimes known as sunset fatigue. It’s when we’re too drained, too tired, or too preoccupied to be fully present with the one we love the most. They get what’s left over. And a marriage cannot survive on leftovers forever.

“Here’s a little trick we learned from our friend, John Maxwell. He’s one of the most productive men we know, but he makes a conscious effort to give his best time to his wife, Margaret. ‘Years ago,’ he told us, ‘when something exciting happened during the day, I’d share it with colleagues and friends. By the time I got home, I had little enthusiasm for sharing it with Margaret.’

“He went on to say, ‘I purposely began keeping things to myself until I could share them with her first. That way she never got the leftovers.’ Of course, this goes for more than just sharing news from our own day. We give our best to our spouse when we give them attention and energy for the things they’d like to talk about as well.”

• “Tharon and Barbara Daniels are two of the most easy going people we know. They work hard and are often busy. But as we’ve observed their marriage for more than a decade, we’ve noticed that they always seem to make time for each other. These days they have an empty nest and that makes it easier. But when we first met them they had two teenagers at home.

“‘Some years ago when we were moving fast with two active kids, I made a decision to give up golf,’ Tharon told us. ‘It sounds silly, but golf was eating up my entire day off. Golf was taking valuable time away from being with Barbara. And she’s more important to me than golf.’ These days Tharon plays plenty of golf. But for a season of his life, he knew it was best to leave it alone. His sacrifice made more time for what mattered most.

“His decision isn’t for everyone. Some spouses are actually easier to live with when they have an individual activity they enjoy. The point is that if you want to make more time to spend together, you can probably find something to leave undone. This means saying no, tactfully but firmly, to those things that can so easily rob us of our time together.”

• “My time is as much mine as my money. If I don’t let everybody else spend my money, I’m not going to let them spend my time.” (Fred Smith)

We hope what has been said here inspires you to guard your time. We hope you will spend it well for the betterment of your marriage and Kingdom work.