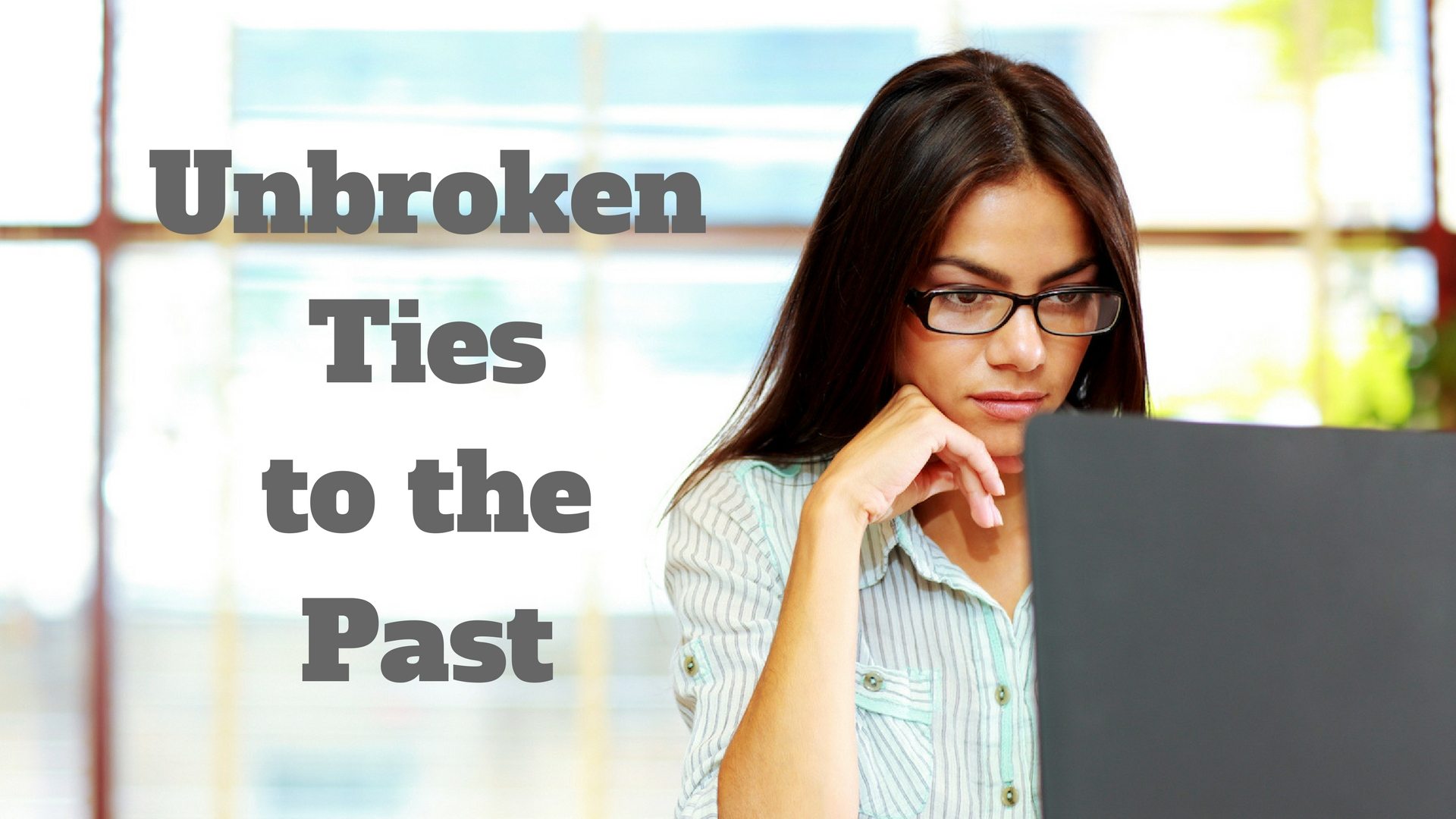 Prior to marriage, we all have a number of loyalties and dependencies. But as soon as we take that wedding vow, our primary human relationship becomes our spouse. This brand-new relationship forever alters previous associations, even of the best sort. Problems emerge whenever individuals do not sever emotional ties to old boyfriends or girlfriends from their past. This is especially true of unbroken ties to the past.

This is especially true when there has been a heavy physical component in a prior relationship. The bonding that took place was premature and wrong.

Unless the individual works hard with God’s help to stop reliving the old dreams and schemes of the past, then both the person and his or her spouse will suffer.

I am not suggesting that a person won’t experience a sudden unexpected recollection that comes from nowhere to wound like a fiery dart. We can, however, stop pursuing the emotional memory of a previous love. We must root out those recollections from our memories to the best of our abilities.

When all we do is chop the heads off weeds [like in gardening], then all we enjoy is temporary relief from their presence. They will be back. This will often come in a more robust form than before.

I have seen the destructive weed of past ties wrap itself tightly around a husband or wife. Eventually divorce is the result. In many such cases, the individual then seeks out and marries his or her previous lover.

At the heart of these matters is a theological issue. It’s the difference between remorse and genuine repentance. A person may think he has repented of the sins of his past.  He may think he has moved on with his life. But in reality, he’s very sorry that things didn’t work out.

If you need help determining the difference, you can be sure that repentance hates the memory of sin. It resists its return at every point. But if the sorrow you feel keeps you focused on the past, beware of remorse that may be preventing you from acknowledging the root of sin. If you do not find a previous sinful relationship unattractive, you must get beyond the remorse. That is what is needed to find the repentance you need.

If the husband and/or wife has been divorced, this problem is inevitably compounded, for the aftereffects of divorce are often more severe than the divorce itself. As the couple approaches marriage, one (or both) of them faces especially strong ties to the past that almost certainly will work their way into this brand-new relationship.

Let’s assume that Bill and Jane, both divorced, are planning to marry. Neither of them initiated their divorces. In fact, they did all they could to save their marriages. Bill’s wife left him for a fitness trainer at their club. Jane’s husband came home one evening and announced that he was strongly attracted to his secretary and wanted to be “amicably” released from his marriage. What can Bill and Jane expect in their new relationship?

Sin causes misery. Even though Bill and Jane could do little to avoid their divorces, they and their children are forced to live with the consequences of their former spouses’ sin. From now on, there will be occasional friction with the children of the previous marriage, who are forced to commute between divorced parents.

When the children graduate or get married, those events will become major stress points as Bill and Jane attempt to celebrate with their kids in the shadow of new stepparents. If Bill and Jane have children of their own, there will be a natural rivalry between those children and the children of the ex-spouses. Whether or not Bill and Jane choose to dwell on the ties of the past, those once vital relationships will assert themselves at regular occasions.

Couples do not need to feel trapped by these old associations. But moving on with their lives will require an extraordinary measure of emotional fortitude and prayerful dependence on God. It will also be a great help if they cultivate the kind of sensitive openness that will allow them to acknowledge their emotional struggles to each other. With honesty and patience, they can lean on each other. And together they can rest in the promise of God’s provision and protection.

This article comes from the book, Lasting Love Lasting Love: How to Avoid Marital Failure

written by Alistair Begg. It is published by Moody Press. In this book Pastor Begg teaches “the art of a lasting relationship. He calls each partner to bury self-interests and diligently tend the fire of his own her own home hearth.”

3 responses to “Unbroken Ties to the Past”