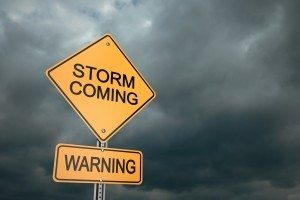 We all know that every marriage goes through seasons of busyness, and stress. There can be illnesses/accidents, a child in difficulty or danger, job instability or loss. There also can be housing problems or loss, financial disaster, illness or death of a child or family member, natural disaster, and the list goes on.

During these times, your marriage may seem like it’s under attack. (It very well could be.) But it may be that the attack is subtler in its approach. You may not even realize the imminent danger until it appears to be too late.

So, to help you recognize the warning signs that a marriage is in crisis, whether the attack is evident or subtle, we have put together a list that should not be ignored. It’s meant to be your wake up call to treat the threat with urgency and intentionality if you note that any of these critical points is threatening your marriage. Please be forewarned that this is a time to make some important changes or a catastrophe is a very real possibility.

Keep in mind: “Whatever happens, conduct yourselves in a manner worthy of the gospel of Jesus Christ.” (Philippians 1:27)

“Do not repay evil with evil or insult with insult, but with blessing, because to this you were called so that you may inherit a blessing.” (1 Peter 3:9) That does not mean that you cannot “speak the truth in love” to your spouse. But you need to stop your part in insulting and assaulting.

“An indicator involves your children. Their behavior can often provide a barometer of what is occurring inside a home. You and your spouse may believe that the current level of interaction and health in your marriage is okay. You may think that’s just the way it will be. But your children may sense that something is wrong and needs to change” (from Focusonthefamily.com article “Indications Your Marriage Needs Help“). Do whatever is necessary to model healthy conflict resolution before your children and bring peace into their and your lives and hearts.

If your relatives/friends start telling you that they notice problems, take note. It’s an important time to get good help. We say “good” help, because often, spouses will look for cheap help, or will keep doing the same thing over and over again, expecting different results. That’s insanity! If you can’t build relationship bridges between you and your spouse without obtaining outside help, then don’t delay in seeking “marriage friendly” help. And don’t cheap out on it, if it comes with a price tag attached. A divorce is much more expensive in many ways than wisely working to save a marriage.

“Flee from sexual immorality. All other sins a man commits are outside his body, but he who sins sexually sins against his own body. Do you not know that your body is a temple of the Holy Spirit, who is in you, whom you have received from God? You are not your own; you were bought at a price. Therefore honor God with your body.“ (1 Corinthians 6:18-20)

“Drink water from your own cistern, running water from your own well. Should your springs overflow in the streets, your streams of water in the public squares? Let them be yours alone, never to be shared with strangers. May your fountain be blessed, and may you rejoice in the wife of your youth” (Proverbs 5:15-18).

“Hope deferred makes the heart sick, but a longing fulfilled is a tree of life“ (Proverbs 13:12). Look to the Lord to show you where it is healthy to put your hope. And then invest wisely. And don’t use your human timetable when you believe your prayers should be answered. Line your will up with God’s and you will never be without hope.

“Trust in the Lord with all your heart and lean not on your own understanding. In all your ways acknowledge Him and He will direct your path.” (Proverbs 3:5-6)

As it concerns the many warnings above, consider:

“Whoever gives heed to instruction prospers,
and blessed is he who trust in the Lord.
The wise in heart are called discerning…“
(Proverbs 16:20-21)

Leave a Reply to RB from United States Cancel reply

159 responses to “Warning Signs That a Marriage is in Crisis”