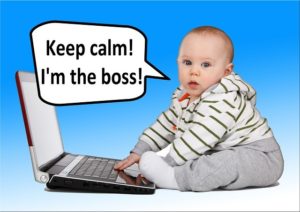 When babies become a burden, it surprises new parents to no end! That’s what happened to Kevin and Judy.

If ever there was a husband and wife ready to become mom and dad, it was Kevin and Judy. With their first baby on the way, their excitement was palpable. They prepared the nursery right down to a neatly ordered stack of diapers, signed up for Lamaze courses, and were reading all the What to Expect books. Late at night they would lie in bed and talk about their future with a baby.

When Babies Become a Burden

When you have a child, you are still yourself. But now, as a mother or father, you are some new version of yourself. And you are standing in the middle of some new version of your marriage. Make no mistake about it, the birth of each child signals a serious and permanent alteration in your marriage. The alteration is, of course, deeply enriching if not miraculous, but for the majority of couples it is also somewhat confusing, if not downright challenging.

Studies show that when baby makes three, conflicts increase eightfold. Marriage takes a backseat, women feel overburdened, and men feel shoved aside. By the baby’s first birthday, most mothers are less happy about their marriage. And some are wondering whether their marriage will even make it. Baby-induced marital meltdowns are not uncommon.

With the help of researchers like John Gottman, at the University of Washington, here’s what we know for sure. In the year after the first baby arrives, 70 percent of wives experience a precipitous plummet in their marital satisfaction.

For the husband, the dissatisfaction usually kicks in later. It usually comes as a reaction to his wife’s unhappiness. The problems have little to do with whether the baby is colicky or a good sleeper, or whether the mother is working or staying at home. It simply has to do with how a little addition shifts the whole dynamic within a household.

How can something as good as a little baby turn a marriage so bad? We could point to a wide range of reasons: lack of sleep, feeling overwhelmed and unappreciated. There’s also the awesome responsibility of caring for such a helpless little creature, juggling chores and other economic stress, and lack of time to oneself, among other things.

The root reason, however, is no big mystery. In plain language, children take time and attention away from a marriage. They suck all the hours out of the day and fill up every spare cell in your brain. Being a parent is wonderful, only somehow, it’s made being a spouse different.

“Before kids, I was thrilled to hear my husband’s voice on the phone,” said Judy, a few years into motherhood. “Now after a day of meetings and phone calls and carpools and wet swimsuits, I sometimes wonder who is this guy who seems to want food, an audience and-he’s got to be joking-sex?”

Of course not. But a lack of romance and connection isn’t inevitable during this phase of marriage. The fact is, these are the good times. And that guy leafing through his mail oblivious to the baby’s cries is your partner. That woman who used to give you back rubs and is now busy cleaning peanut butter off door handles is your soul mate.

Someday you’re going to look back on this period fondly—but only if both of you can keep this good thing from turning bad. The experts offer a primary suggestion: Expand your sense of “one-ness” to “we-ness” to include your children.

Motherhood brings every new mom a bassinet full of new feelings. She has never felt a love as deep and selfless as the one she feels for her child. She almost always experiences a profound new meaning in her life. And she discovers she is willing to make enormous sacrifices for her child. “The experience is so life-altering,” says John Gottman, “that if her husband doesn’t go through it with her, it is understandable that distance would develop between them.”

So the key to keeping a good marriage good while mom is experiencing an intensely wonderful transformation is for dad to undergo the same thing. In other words, marital success has everything to do with whether the husband experiences the transformation to parenthood along with his wife. If not, he gets left behind. He’s pining for the old “us,” while his wife is embracing a new sense of “we-ness” that includes their child.

A new father often resents how little time his wife has for him (especially in their sex life) now that they have a baby. He resents how tired she always is. He loves his child, but he wants his wife back the way she was.

What’s a husband to do? Get over his whining and follow her into the new realm she has entered. He has to become a father as well as a husband. He must cultivate feelings of pride, tenderness, and protectiveness for his offspring. In other words, he must see his journey into parenthood as a sign and an opportunity for significant personal growth.

All the responsibility for navigating a good marriage through the unknown channels of parenthood does not rest with the husband alone. A new mother often resents the lack of emotional romance her husband now brings to the marriage. He’s changed, you may think. He’s more distant.

In actuality, his efforts to embrace this new “we-ness” have probably sidetracked the energy he put into your old romance. And the more stock you put in romance before the baby was born, the more loss you will feel when your busy husband seems disconnected.

If you were taught to believe that happy couples must be romantic ones, you may mourn the loss of romance way out of proportion to its worth. “But it’s so little to ask,” you say. “Just a bunch of flowers once in a while to let me know he remembers.” If you give romance more importance than it deserves, you may become even more troubled and say, “Maybe he’s lost interest in me.”

The problem for parents with this kind of reasoning is found in how they define romance. We tend to think of it as that knee-weakening, heart-pounding, earth-moving spasm that occurs with our spouse.

But is it realistic to expect that kind of dazzle during motherhood? Maybe, but probably not to the degree you enjoyed it before kids came along. A moonlit stroll with your new husband, for example, is distinctly different from that same stroll six years later. You’ve wrestled the kids to bed, the sink is filled with dirty dishes, and you still have laundry to do. Romance need not end with parenthood. But it may need to take a new form while your husband works to find his place as a father.

As a new mom and new dad, you each have your role in keeping a good marriage going. Dads need to work at entering their wives’ new world, and moms need to give their husbands space to do so. But you both need to expand your sense of “one-ness” to “we-ness.”

This edited article came from the excellent book, When Bad Things Happen to Good Marriages: How to Stay Together When Life Pulls You Apart

written by Drs. Les and Leslie Parrott, published by Zondervan Publishing House. In this book, the Parrotts explain why every marriage starts out good but inevitably bumps into bad things. No matter how good your marriage is, it’s vulnerable to having this happen. Bad things happen to the best of marriages. The question isn’t whether you’ll face struggles as a couple, but how you’ll handle them when they come.

2 responses to “When Babies Become A Burden”