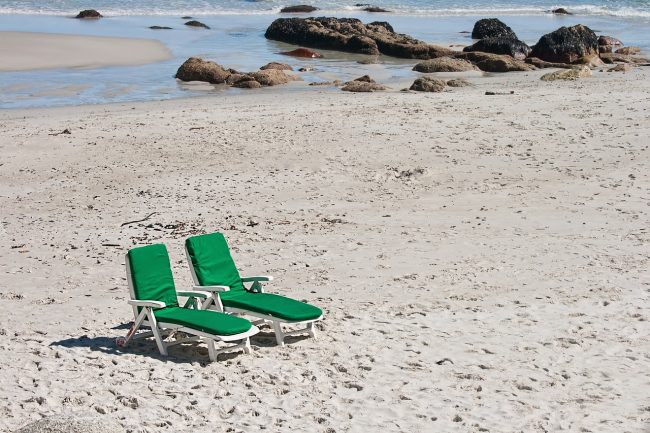 “Sure lots of marriages end in divorce today. It seems like everyone I know has been divorced or is considering divorce. But it will never happen to Suzy and me because…”

“…We have an unusually strong love.”
“…We really know each other.”
“…We’re compatible.”
“…We’ve discussed the potentially troublesome areas and agree on everything.”
“…We have had premarital counseling.”
“…We’ve had counseling and have our acts together.”
“…Neither of us has ever had counseling. We’ve got our acts together.”
“…Everyone is behind us —our parents, our friends, the church, everyone.”
“…We’re both Christians.”
“…We have peace about getting married, so we know it’s God’s will.”
“…We’ve decided never to let the D-word (divorce) cross our lips.”
“…We’ve both been married before. We now realize the mistakes we made before, and we won’t make those again.”

Before a couple marries, they feel invulnerable. Love sweeps them along on a cloud from which they can’t see the ground, much less the pit. Even if they wished to look, which they don’t.

Then they come back from the honeymoon.

Making Their Own Rules for Marriage

Fromma and Leo were reared in Christian homes. Throughout their engagement, they talked constantly. They knew each other’s position on Bosnia, reduction of the national debt, and the number of children they wanted (three). They knew the type of car (cheap at first, later a Volvo), and they knew to stay out of debt (don’t go into debt except for a house) Also, the type of pets (a dog), vacations (camping in the national parks), and many other controversial topics were things they agreed upon. As a couple, they were unusually compatible. Neither of them had never thought to talk about who should take the trash out. That was obvious —beyond question.

For three weeks after they returned from their honeymoon, trash collected in the kitchen. They stepped over it. They each neatened the piles when the mate wasn’t around. Both were too polite, too much in love to mention how the other was shirking a minor responsibility.

“Honey,” said Fromma in their fourth week. “Would you mind emptying the trash?” Leo smiled. “Sure, darling. I’d be glad to.” But it’s a woman’s work, he thought.

Three weeks later, Fromma tripped over an empty milk carton. “Honey, please take the trash out.” Leo’s lips smiled but his teeth were clenched. “Sure, darling.”

Two and a half weeks later, summer’s heat was making the kitchen an aromatic place. “Leo, can you take out the trash? It stinks in here.”

Leo slammed the wastebasket around and threw scraps of potato into an empty vegetable can. “We’re going to have to talk about this trash thing,” he snapped. The honeymoon was really over this time.

Working out inevitable differences is often emotional and painful. Yet some conflict is necessary, as long as the couple works on the differences in love and with a primary objective of valuing the partner rather than winning a war.

Young couples seek help with their early conflicts. They need know that such conflict is necessary, as long as the couple works on the differences in love and with a primary objective of valuing the partner rather than winning a war.

Young couples seek help with their early conflicts. They need to know that such conflicts are normal—which doesn’t make conflict any less traumatic but should encourage them to work on resolving the issues rather than burying the conflict and grumbling about each other.

Dealing with the (Almost) Inevitable Disillusionment

It can be helpful for a newly married spouse in the midst of disillusionment, feeling a wrenching catch in the catch in the chest each time a deep breath is drawn, to talk with someone who has survived disillusionment. Merely the encouragement to keep faith in the partner might be enough to spur the person to continue to work to build love with the “new” person he or she is discovering.

Adjusting to New Roles and Behaviors

People who haven’t previously been married soon find marriage a bit like bushwhacking through a jungle. Marriage has hidden beauties and unsuspected dangers. Despite conscientious efforts to prepare for marriage, people simply can’t know how they’re going to adjust until they marry.

Having to negotiate the patterns and rules of a new marriage, handling the almost inevitable disillusionment, and getting used to new roles guarantee that newly married couples will need adjustment to marriage.

Marriage Missions Editors Note: The author, Dr Everett Worthington, makes some good points in the above section from his book, I Care About your Marriage.

Eventually, when your love is challenged by the everydayness of living together day in end day out, it’s only natural that the “uniqueness” wears thin and can take you by surprise. It’s also heart-breaking and can stir up of thoughts of disillusionment.

But the important thing is to realize that this is a normal stage of marriage. It’s at this point that you need to work together with each other’s differences to find peaceable solutions. You may find your arguments getting “heated” at times but don’t allow yourself to treat your partner in a disrespectful manner. Name-calling blaming, shaming, and torpedoing your “discussion times” is beneath the calling God gives all of us as Believers in Jesus Christ.

Marriage is for grown ups and now is the time to learn how to relate to each other in a mature way. The Bible says in 1 Corinthians 13, “When I was a child I talked like a child, I thought like a child, I reasoned like a child. When I became a man, I put childish ways behind me.“

Lean towards maturity and become students of each other and students of marriage in pro-actively working to find ways to best relate to each other. Build your marriage into the partnership God wants you to forge together. [The Marriage Missions web site and other resources can help you in this mission. Make the best use of them you can!]

This article comes from the book, “I Care About Your Marriage,” which was written by Everett Worthington, Ph.D. and was published by Moody Press. Unfortunately this book, which dealt with the topic of helping friends and families with marital problems, is no longer being published.

The author, Everett Worthington, Ph.D., is Professor and Chair of the Department of Psychology at Virginia Commonwealth University, where he has been on the faculty since 1978. He is also a licensed Clinical Psychologist in Virginia. Everett has published 17 books and over 150 articles and scholarly chapters, mostly on forgiveness, marriage, and family topics. He considers his mission as “to bring forgiveness into every willing heart, home, and homeland.”

Tagged: after the wedding, changes after honeymoon, honeymoon slump