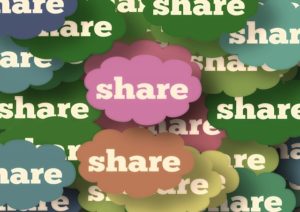 I’ve found that we can learn a lot if we pay attention to what other people have written. I enjoy gleaning through various marriage quotes. It’s interesting to see what I can learn and apply to my life. I’m hoping you enjoy the same thing.

So, what I decided to do for this blog is to find a quote or two that we use on our Marriage Missions Facebook page. I’ll expand a bit on it from there. (You can find many, many more in the Social Media topic of this web site.) The quote for today comes from counselor, David Clarke who sends E-mail Advice to those who ask for it. This is advice he sent on April 16, 2012, based on his book, Kiss Me Like You Mean It

“When something goes haywire, for example, when one of you reverts to your dysfunctional conflict style, you can’t save that conversation. No couple can. It’s over. Either spouse can call for a stop, and it must be honored. Take a time out and get some space. It might be just 5 minutes. Go to the bathroom. Feed the dog. Go to the backyard and do a primal scream. Tell your partner when you are ready to resume, and ask him to find you when he is ready. Then sit down, and start up where you left off.

2. “Recall a fight when, because you didn’t stop, real damage was done.

3. “Apologize for the times you have said hurtful things in a conflict. And agree to use the Stop and Start method.”

My husband Steve and I have used this from time-to-time. Sometimes it’s a time factor when an issue comes up at a “bad” time. This can include times such as before bed, or when on the way to church. Or it can be at a time when one or both of you is too tired, hungry or such.

Those are H.A.L.T. time situations —which would be times when either of you is Hungry, Angry, Lonely, or Tired. There’s more vulnerability to be less tolerant during those times.

As author Scott Stanley says about approaching during a vulnerable time, “A number of studies demonstrate that we tend to give people more benefit of the doubt [and grace] when we’re in a good mood. We give less benefit of the doubt when in a bad mood [or one of the above factors is in play]. If you’re in a bad mood, you’re more likely to perceive whatever your partner says or does more negatively, no matter how positive he or she is trying to be.” So, calling a “time out” or “H.A.L.T.” can be beneficial.

And sometimes things get too over-heated. Extra time is needed to process everything involved. So a “time out” needs to be called (and should be honored, if the other spouse calls one). This gives the couple time to regroup their thoughts individually, pray, and calm down. Then they can peaceably come back together to better find a way to resolve the initial problems.

It’s during these heated times that a spouse or both can lower themselves into emotional “game playing” —which is NOT a fun or healthy type of situation to be involved in together. Marriage is for grown-ups and emotional game playing is something children resort to, not those who are involved in the sacred union of marriage, where maturity is required so both spouses feel heard and valued.

But the important thing is to come back together again to revisit the issue, at hand. It might work best to figure out a time, right then and there so evasion is put into the works. This isn’t about dodging the issue, but rather, finding the best time to deal with it.

This is a marriage tool that sure works for my husband and me. I hope it works for your marriage relationship. We sure don’t want to rush in where only fools dare enter!

“A fool gives full vent to his anger, but a wise man keeps himself under control.” (Proverbs 29:11)

6 responses to “13 Marriage Quotes to Note”