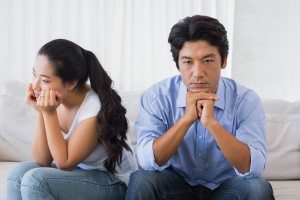 “If we’re serious about having a Christian marriage, then sometimes the best thing we can do is fight. After all, it’s God’s way. If that sounds strange, perhaps it’s because we forget that God is married. He calls Himself a husband to Israel. He refers to the church as the Bride of Israel. God has remained faithful to His marriage vows despite centuries of heartache. But that doesn’t mean He’s been complacent. He’s fought hard for His beloved.” (Al Janssen)

And if God fights “hard for His beloved” and remains “faithful” then shouldn’t we, as Christ Followers, do the same? To answer this question, we’re going to share a portion of an article titled “Worth Fighting For” written by Al Janssen, which was featured in a past issue of Marriage Partnership Magazine. We hope the powerful message in this article speaks to your heart as it has ours.

“Based on God’s covenant and passion, God fights hard for his marriage. Writer John Eldredge has stated that we can better understand the Old Testament prophets if we read their words as a lover’s quarrel. The intensity of God’s confrontations with Israel convinces me that many Christians exit their marriages too easily. In fact, God has been in a one-sided marriage yet has remained faithful to his beloved over the centuries.

“This leads to the climax of the drama that is God’s love story. His is a heroic marriage. To have His beloved, God’s son laid down His life for her. That example is the challenge to Christian marriages. How much am I willing to sacrifice of myself for my spouse? Christ is the example to husbands in Ephesians 5:25, which I like to paraphrase, ‘Husbands be the hero to your wives just as Christ was the hero for the church by giving himself up for her.’

“Likewise Christ is the role model for wives: ‘Wives be heroic by submitting to your husbands as to the Lord’ is how I might paraphrase Ephesians 5:22.

Al Janssen refers to God’s fight, as referred to in Ezekiel 16:

In that powerful passage, God reveals His covenant commitment and His passion for Jerusalem and goes to great effort to win back her love.

…God acts like a proud husband, showering His bride with beautiful clothes and valuable jewelry and the finest foods. But the bride has a problem with pride. ‘You trusted in your beauty and used your fame to become a prostitute’ (verse 15). Now the sparks really fly. God accuses his wife of some very serious charges. She’s given her gifts away to other lovers. She has slaughtered their children. She has devalued her relationship with God, and she has violated their covenant commitment.

So what is God going to do about it? It’s one thing to be angry and hurl accusations. God certainly does that, but He also exercises tough love: ‘You will bear the consequences of your lewdness and your detestable practices, declares the Lord’ (verse 58). God spells out various consequences.

But God doesn’t end with judgment. Near the end of this long prophecy, His anger finally spent, He concludes: ‘I will deal with you as you deserve, because you have despised my oath by breaking the covenant. Yet I will remember the covenant I made with you in the days of your youth, and will establish an everlasting covenant with you’(verses 59-60). The predicted reaction is that Jerusalem will be ashamed and return to the Lord. The goal of this confrontation is clearly reconciliation and restoration of the relationship.

If God didn’t care so much, He would just toss His wife away.

Al gives examples of a couple that almost threw away their marriage.

In this light, he then writes:

If God feels His marriage is worth fighting for, mine is worth fighting for, too. God wasn’t silent about how He felt when His marriage was threatened. He pleaded, cajoled, shouted, argued, insulted, and expressed in many ways His deep and underlying love. The point is clear —He wanted His wife back, and He would do whatever was necessary to draw her back to Himself. Can we do any less?

We hope that what you just read will make you think more seriously about fighting FOR your marriage. We hope you will do this with the same resolve God has shown us by His example of fighting for His bride —the church. Whatever you are going through, determine to fight against the enemy of our faith (who is working against your marriage). Fight with the same perseverance that God has shown throughout history.

If you’d like to read the entire article featured above it’s posted on the Todayschristianwoman.com web site. Please click onto the link, Worth Fighting For.

Here are a few additional resources to also read:

8 responses to “A Marriage Worth Fighting For – Marriage Message #90”