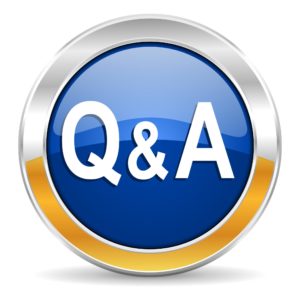 This is a new series of blogs we will be visiting from time-to-time in this blog, now and in the future. It is a Q & A format (Question and Answer) where our readers ask the questions and we will do our best to give prayerful answers, to the best of our abilities.

Our first one came in from someone named Cindy, in response to the article, “Staying in a Marriage Rocked by Straying.” Here’s what she wrote, which contains her questions posed to us and those who read her comment:

“Last year I had an unexpected blood clot and almost died 6 days ICU. When I came home he told me years ago he didn’t confess all, and was with hookers in a foreign country company trip. IT HAPPENED LONG AGO but he did cross boundaries set, because he didn’t say 10 yrs earlier?? What to do?? No problem now with him, but I’m left wounded and my attraction and love for him seems gone. What can I do?”

The following is my response to her, which I hope will help her and others who read this blog:

My answer will appear easier to give than for you to work through, for sure. But as I read through your painful experience (given in a nutshell) the thought occurred to me that you gained victory. But please don’t allow it to be stolen from you. Yes, your husband did wrong —very, very wrong. I don’t want to minimize that, nor the hurt that it has since caused you. But thankfully, he had what is called an AH HA experience. He realized the wrong he has committed. He then appeared to work hard to do what was right. Also, he did what he could to overcome his addiction. Yes, he fell in a BIG way, but he picked himself up and pressed on to stop this type of behavior… thank God.

If you read through the Pornography and Cybersex topic on this web site, even just the quotes we posted in it, you will see that porn has a horrible grab on the person who allows themselves to be pulled into it. It’s quite the addiction —sometimes even worse than others. Those who are addicted can become changed, not only psychologically, but also there are bio-chemical reactions that occur. For them to be able to pull away is HUGE. Yes, your husband should never have gone into it in the first place, but thank God he eventually was able to work his way out. That is a biggie, even though he fell backwards in a big way in the process.

And for the rest of his life, he will have to do what he can to stay out of addictive sexual situations on the computer and that, which is blasted at all of us through the media, and by those around us who assault the eyes with their dress and mannerisms. But he CAN beat this. I know of many, many men (including my husband), and a few women, who are successfully walking lives of integrity.

As for the recent confession your husband made, I’m not sure what to say to you. Do you think he should have kept quiet about this, or do you think it’s better that he comes clean and is transparent with you, not wanting any secrets to be hidden between you? That is a question I can’t answer for you. Personally, even though it would hurt like crazy, I think I’d prefer my husband confessing and getting it out in the open, and behind us… ALL of it. I don’t think it would be good to punish him for what he did years ago and for being honest today. I would WANT to punish him, but I don’t believe it would be good, in the end.

Of course, you have a right to be mad and to be hurt. What spouse wouldn’t be? You need to work through that. But I caution you to be careful in the healing process not to frustrate him so much and “punish” him to the point that he goes backward in secrecy, coming forth in truth.

If you look at it from Christ’s perspective, I believe He would say the same. Jesus IS Truth… so He would want those He loves to be truthful so it can be dealt with. And if you look at the grace that God, through Jesus Christ, has extended to us, should we do any less? Keep in mind the parable of the unmerciful servant in Matthew 18, where the one who was forgiven much didn’t pass a fraction of that grace onto someone that also needed forgiveness.

When I want to hold in any type of bitter feelings, God reminds me of all He has forgiven me for (and continues to forgive me for, because I still fall into sin at times), and how I’m to extend grace, as I’ve been extended grace by him.

I’m not saying this will be easy, Cindy. What your husband did was absolutely wrong. Again, I don’t want to minimize that. But it was in the past and he IS coming clean, and I’m thinking that he wants to continue to live in cleanness.

Sadly, those that are wounded have the hardest job of all… releasing the pain, and straining to leave it alone. If you go into the Bitterness and Forgiveness topic of this web site —even into the Quotes part of it, you may find some things that might help you to get your mind headed in the right direction on this. It appears that this will be another important journey for you to take. I’ve had to take this journey more than once, concerning different things that were done to me in my life. I just don’t want to give energy and more power to that, which will just perpetuate the initial pain. I hope for you, that you won’t either.

It seems unfair that the one who was unfairly wounded now has another painful journey ahead of them to put the hurt behind them. That is unfair, no doubt. But there will be no freedom —only more pain afflicted, if this journey isn’t taken and completed. It’s not about fairness, but about the reality of it all.

I encourage you to look forward to the goal, not backward to the pain. It’s a Philippians 3 journey. You strain “toward what is ahead” and “press on toward the goal” of being one with the Lord. Please don’t allow the past to ruin the freedom you can have in the future. I pray you will be given the strength to do so. I also hope you will “strain” to leave the past behind you in a healthy way. Give it as a gift to the Lord. He wants to accept those types of sacrifices, and give you even more love and grace in exchange.

May you be blessed as you lean into Him and His ways all the more.

One response to “He Cheated in Past – Now What?”