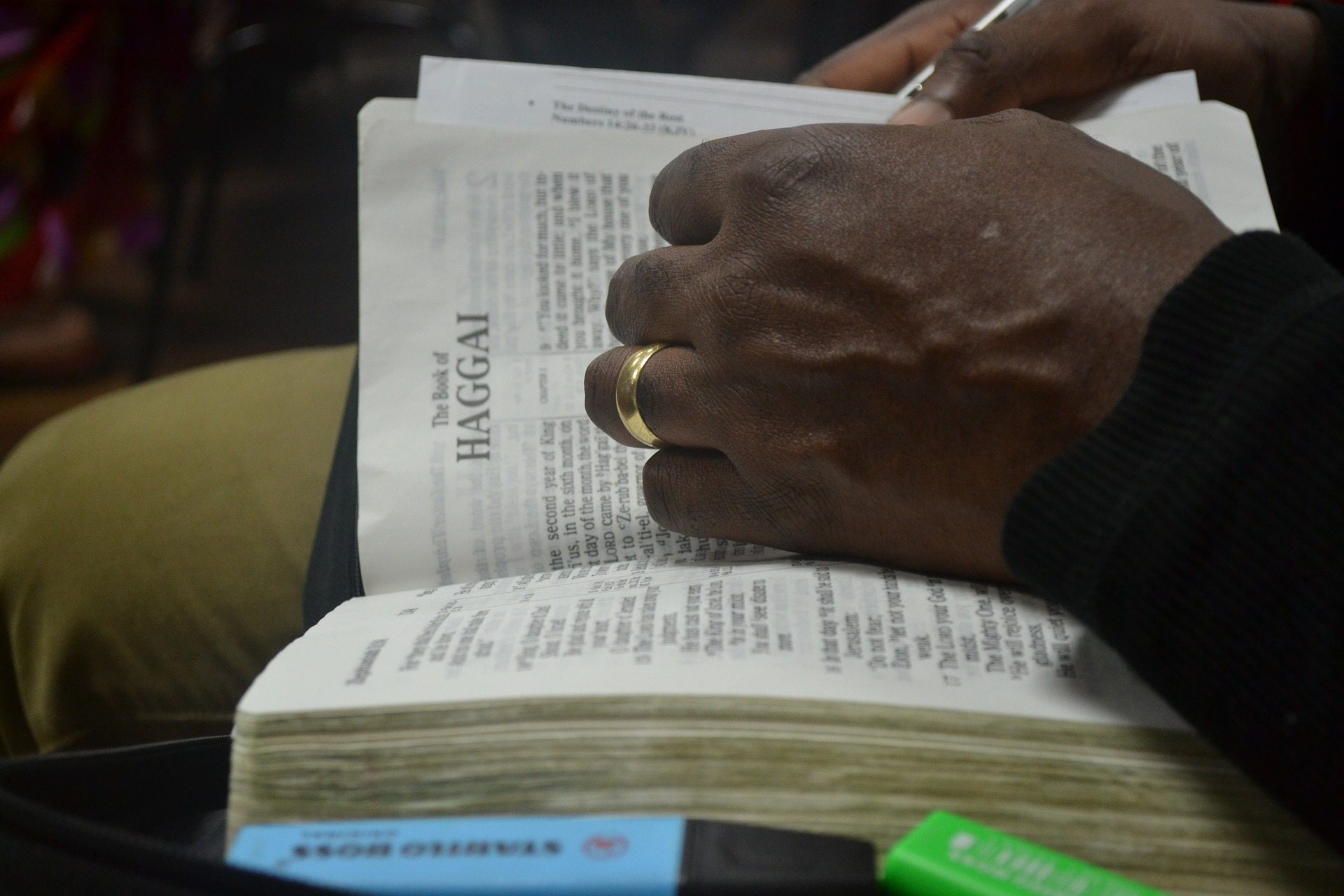 The following is a devotional study for a married couple. It is on the issue of showing mutual respect as a husband and wife:

Husbands, in the same way be considerate a you live with your wives, and treat them with respect the weaker partner. (1 Peter 3:7)

And the wife must respect her husband. (Ephesians 5:33)

A man told me recently that he rarely cusses. When he does cuss, it’s only in front of his wife.

A woman speaks with courteous hospitality to her boss when he calls her at home. When she hangs up, however, a fusillade of angry criticisms pours forth for the extra work he wants done.

In marriage we can find the most relaxed relationship on earth. We feel a comfortableness with our spouse like no other —an altogether wonderful state. Unless we guard ourselves, though, we can wound the spirit of our mate. As the saying goes, familiarity breeds contempt.” We must strive to show each other respect.

There are two problems for the man who cusses around his wife but no one else. First, the quality of our character is most revealed in little things, not big things. Christianity finds its truest test in traffic, when the car breaks down, when an appointment suddenly cancels at the last moment, and in the confines of marriage. Our spouses will decide if Christianity is true for us based upon how we live when we think they don’t notice.

The Truth Behind the Curtains

We may think of ourselves as altogether righteous. We think, If I can’t let off a little steam with my mate, where can I? The problem is the report the other spouse would have to give. How we are behind the tightly drawn curtains of our own private castle is how we really are. By taking his wife for granted, the “cussing husband” has shown a lack of respect for his wife. And he damaged his Christian testimony with the very person for whom he has the most responsibility.

The second problem for this husband is that there must be nothing in his behavior to make the wife stumble in her faith. Another example will further illustrate. A friend was to play in a golf tournament for his company. The sponsor, however, had hired the scantily clad waitresses from a local bar to act as hostesses. His wife was deeply disturbed. She didn’t want him to play. This man cannot simply ignore her concerns and tell her, “I have to play. It’s business.” He must treat her with considerations and respect as the partner God has given him.

In this case, they had a wonderful opportunity to study the Scriptures together to determine their mutual responsibilities. And, also, they study to build more trust into the relationship. To do less is to take each other for granted and fail to show mutual respect. Incidentally, he decided not to play after all.

The husband and wife are to respect each other, not take each other for granted. The respect she renders is like awe or reverence (not, of course, in the same sense as she would revere God). The respect he renders is esteem of the highest degree, dignity, and honor.

Marriage magnifies imperfections. In the intimate space of marriage we must be alert to represent our Lord to each other. Marriage is the most important place to live for Christ. We must do nothing to make each other stumble. We must not assume our spouses understand where we’re coming from when others raise our ire. Don’t take each other for granted.

Do you act “un-Christ-like” around your spouse? In what ways? Why do you think it happens?

Talk out the areas in which you take each other for granted. Commit to be more self-aware and to live like Christ before your mate, not just your acquaintances.

Either or both, as applicable:

Lord Jesus, I confess that I have lived an overly casual life before my mate. I have mistakenly thought that behaving in a Christ-like manner wasn’t as important in my marriage as in other places. I can see that I was wrong. Help me to live with integrity before my mate. Amen.

These devotional thoughts come from the book, Devotions for Couples: Man in the Mirror Edition: For Busy Couples Who Want More Intimacy in Their Relationships,

written by Patrick Morley. Patrick Morley is a business leader, speaker, and the best selling author of 12 books. This includes the book, The Man in the Mirror. He lives in Orlando, Florida. This book is published by Zondervan Publishing House.

28 responses to “A Devotional Study For a Married Couple”