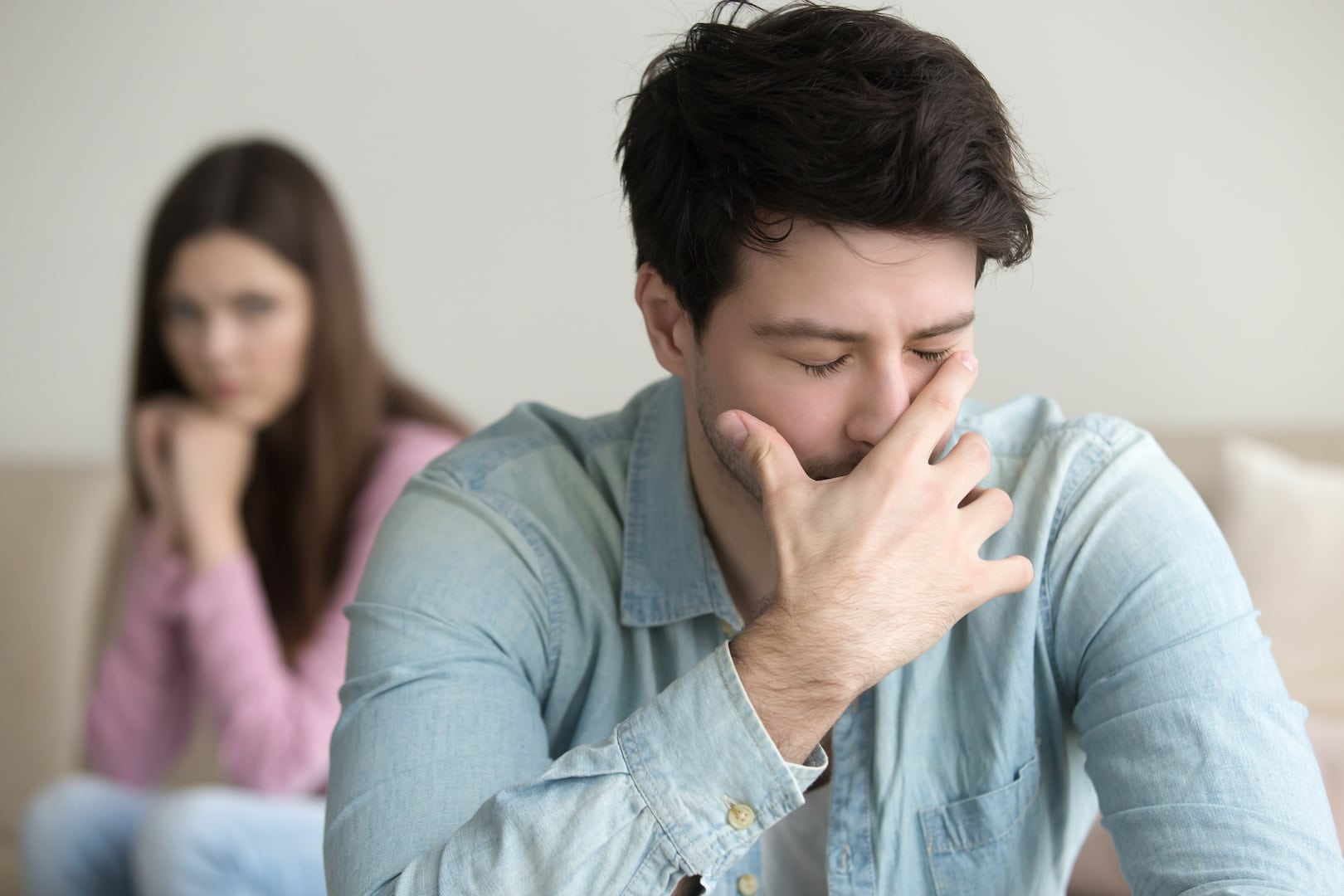 Have you ever been involved in a flood? It certainly can be scary, and it also can be damaging to those involved. The same can be said when there is emotional flooding going on in your marriage relationship. We’ve been involved in both types of flooding; that’s why we think it’s important to talk about it. You can’t just ignore flooding when it happens. You need to work to clean it up. If you don’t you will have even more of a mess to deal with.

What do we mean by the term “emotional flooding?” It is the place where you and your spouse are talking and suddenly you feel overwhelmed. You feel like you are drowning in the emotions of it all. Here’s how counselor Stephanie Manes describes it:

“I am talking about the giant waves of bad feelings that completely knock you down and take any rational thought with them. This is how it usually goes. You are in the middle of a conflict or disagreement, your partner says or does something, and suddenly you fall down a deep dark rabbit hole. The only notes you register are rage, hurt, panic and fear.”

“The difference between flooding and more manageable experiences of our emotions is one of magnitude. You reach the point when your thinking brain—the part that can take in gray areas, consider other sides, is shut out. Psychologist John Gottman explains this emotional hijacking as the hallmark of our nervous system in overdrive. Something happens—and it could be almost anything—in your interaction with your partner that sets off your internal threat-detection system.” (From the Gottman.com article, Making Sure an Emotional Flood Doesn’t Capsize Your Marriage)

Another Definition of Emotional Flooding

Here’s how another (unknown) author describes it:

“Emotional flooding is the term given to the feelings of one partner who are so overwhelmed by their partner’s perceived negativity and their own reaction to it that they become swamped by dreadful and intense feelings.

“Any person who is engaged in and is experiencing emotional flooding cannot hear without distortion or respond with clarity in a dispassionate way. They find it hard to organize their thinking. Instead, they fall back on primitive reactions. They just want things to stop. Or they may want to run or, sometimes strike back. They react and do not relate.

“Emotional Flooding is a self-perpetuating hijacking of our brain preventing us to see common sense. Some people have high thresholds for emotional flooding, easily enduring anger and contempt, while others may be triggered the moment their partner makes a mild criticism.” (From the Slideshare.net article, “Emotional Flooding in Marriage and Long Term Relationships)

Have you felt that way? Perhaps you have watched this happen to your spouse and you wonder, “What’s his/her problem?” We also see this with someone who has anger issues. Or sometimes someone is just flooded at the moment for some reason. It could be that the one spouse feels overwhelmed by the amount of words being thrown at them. They just can’t take it all in. Other times it could be that normally this issue wouldn’t bother them. But at this point in time, and/or setting, it sets them off in an unnerving direction. We talk about this a bit in the past Marriage Insight titled, Explosive Anger in Marriage.

We recommend you reread it because in it, you will read where Dr Dan Siegel talks about this bio-chemical reaction. It’s where part of the brain shuts down, reasoning stops, and the more animalistic, part of the brain takes over. We don’t know if you’ve seen this happen, but most of us have. We know that we have both experienced this “shut down” or re-shifting in our own brains at times. It is not a pretty picture. So what do you do about it? Here are a few suggestions we’ve gathered from our research. Some of them we’ve used personally (and they work). Glean and use what works for you:

• Take a break (of 20-30 minutes), and don’t think about the fight during that time. Find something to do that is self-soothing. Take a walk. Watch a little T.V. (a program that isn’t about fighting). Read a non-stressful book or a magazine; read your Bible. Jog; do breathing exercises, count your blessings, pray… do something healthy that will take your mind off of the immediate problem so you can redirect your emotions and face the issue you have before you in a healthier, more respectful way.

Here is an example, given by The Gottman Institute, of the importance of taking a time out:

“In our ‘Love Lab,’ where we studied physiological reactions of couples during arguments (including coding of facial muscles related to specific emotions), we found that when couples fight, they are so physiologically stressed — increased heart rate, cortisol in the bloodstream, perspiring, etc. — that it is impossible for them to have a rational discussion.

With one couple, we intentionally stopped their argument about a recurring issue. We told them we needed to adjust some of our equipment. We asked them to read magazines for 30 minutes before resuming the conversation. When they did so, their bodies had physiologically calmed down. This allowed them to communicate rationally and respectfully. We now teach that method to couples. If you feel yourself getting overwhelmed during a fight, take a break and come back to it later.” (From the article “Five Myths About Marriage”)

Whether you are dealing with anger issues, or emotional flooding, here’s another suggestion you can use from Dr Steve Stephens and Pam Vredevelt:

– Managing Your Anger By Using the Triple P Method

• Before you take a time out, agree with your spouse when you’re going to talk about this again. Make sure you do this. It could be a half hour, or a few hours, or the next day. But make sure you schedule a time to talk about this issue again in a calmer way. If you have to come back to it several times, so be it. It’s better than yelling, being combative, or shutting down and abandoning this pressing issue permanently. What’s the expression? “Rome wasn’t built in a day?” Sometimes, conflicting issues can’t be resolved all at once either.

• If it’s an important issue to you and/or your spouse, and you can’t talk it through in a calm manner, consider getting counseling to get past this particular issue. We all need tune-ups here and there. Whatever you do, don’t shut your spouse off and ignore the issue. An agreement needs to be reached. It won’t go away. You’ll just complicate matters further by not working through the issue until you can both live with your resolution.

The following are a few You Tube videos you can watch on the subject of emotional flooding:

Additionally, Dr Julie Gottman explains more that you may not have considered:

We see things that we have done wrong and right in what both videos explain. This was a revolutionary eye-opener for both of us when we first came across this information. Perhaps it is for you. You may even want to direct other couples to his Insight to help them. Oh, how we wish we would have learned of these concepts sooner. We would have come to agreeable resolutions so much faster and healthier.

Here are a few quotes and scriptures to prayerfully consider, as well:

• “To start a conflict is to release a flood; stop the dispute before it breaks out” (Proverbs 17:14). “The wise spouse understands that when complaints are allowed to stew, they’ll simmer into a boil over time. That’s why love works to flush negative thoughts from its system, refusing to spark an altercation. It knows that the beginning of strife is like water being poured out, never to go back into the glass again.” (Kendrick brothers, gleaned from the book, “The Love Dare Day-by-Day”)

• Nothing is so strong as gentleness; nothing so gentle as real strength.” (Francis de sales) “The Lord’s servant must not be quarrelsome but kind to everyone… patiently enduring evil, correcting his opponents with gentleness. God may perhaps grant them repentance leading to a knowledge of the truth, and they may come to their senses and escape from the snare of the devil…” (2 Timothy 2:24-26).

• “Words that soak into your ears are whispered, not yelled.” (Author Unknown) “Warmth, kindness, and a gentle touch are stronger than force and fury.” (Renae Willis) “A gentle answer turns away wrath, but a harsh word stirs up anger” (Proverbs 15:1). “A man of knowledge uses words with restraint, and a man of understanding is even-tempered” (Proverbs 17:27). This same advice applies to women/wives in their use of words.

We hope this helps you and your spouse the next time one of you feels emotionally flooded. Above all, give grace and space, and work together to get past the flooding to a place where you both feel heard and validated.

We talk about conflict issues and so much more in our new book. We hope you will pick up a copy for yourself:

2 responses to “Emotional Flooding During Times of Conflict”