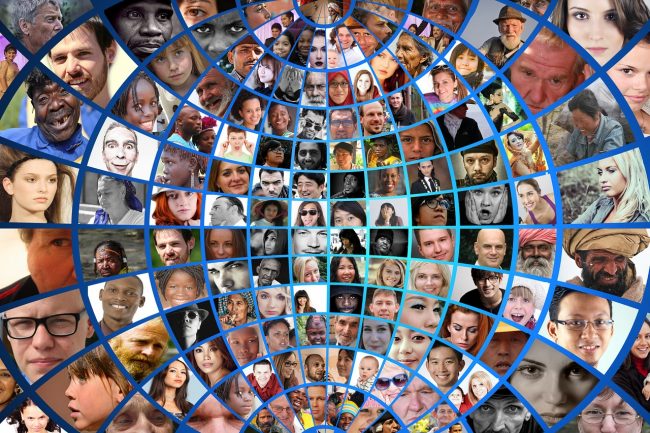 I have been a Facebook user for over 2 years. I thoroughly enjoy connecting with everyone and daily I visit Facebook to catch up on what is happening in the life of family, friends, followers and other partners in ministry.

Facebook in and of itself is amoral. But because we live in a fallen world, every single user of Facebook is a sinner and therefore Facebook is sin filled. As a result, there are pitfalls at every turn that we must guard ourselves against.

But today’s post is about the biggest pitfall of all —inappropriate relationships.

Within 5 days of being a Facebook user, old high school and college friends had found me and were befriending me. Old names from the past and memories that I had not pondered in 15 years flooded my mind. Some of the people from the past, I had close friendships with and others I barely even knew. But when the “friendship request” came in I felt badly to “decline” anyone a friendship.

So I accepted everyone who requested a friendship for fear that they would know I declined them. I also accepted some friends because I was very curious to see what had happened in their lives in the last 15 years. So I had friendships with both men and women on Facebook…and there were some very awkward moments.

There were moments when men I never talk to at church would start commenting on my status. It felt weird but it’s Facebook and this is what people do. So I accepted it and moved on. It wasn’t until I began to hear of marriages being broken and destroyed by these “innocent” Facebook friendships that I began to question “why in the world am I friends with guys on Facebook?”

After a good discussion with my husband about this (who is not a user of Facebook and was not thrilled that I was “friends” with guys —but was too kind to “forbid” it) we decided it was best that I delete every single guy from my friendship list (who were not relatives).

Why did I unfriend my guy friends? Was I doing something inappropriate? NO, I did not have any inappropriate friendships with men on Facebook. BUT I know that “Satan is a roaring lion seeking whom he may devour” (I Peter 5:8) and I am fresh meat he’d just love to get his hands on! And I want to be “alert” and “on guard“. I am aware that I am a sinful human who is capable of being tempted and falling. I do not want to leave any known cracks in my life where he can sneak in.

Do I think you should delete your Facebook guy friends? NO, I am not the Holy Spirit, and I cannot say what is God’s will for your life. This was right for me. But I will say, we must be wise and on guard because I know that Satan would love to get a foothold in your life too.

My daily followers know that I adore the Love & Respect

book by Dr. Emerson Eggerichs. His daughter, Joy Eggerichs made this video below addressing Facebook and emotional affairs. It speaks my heart, and for that reason I want to share it with you.

Most importantly, let’s use Facebook to glorify God! My heart has been filled with joy as I have watched my Christian sisters in Christ love on one another. They share verses, encouragement, prayer requests and life. God is using Facebook to spread his truth and gospel and I want us all to be a part of God’s work.

If you are questioning any of your friendships or anything you have said on Facebook as to whether it is right or wrong…let me help you sort it out right now.

If the pastor of my church put up on a large screen for the whole church to see —my friends, status updates, comments, and photos —is there anything I would be embarrassed of?

There’s your answer —now go and delete whatever came to mind! Go, and WALK WITH THE KING!

This blog is written by Courtney Joseph, and was originally posted on the Women Living Well ministry web site Womenlivingwell.org. Courtney’s passion and sincerity has made her a leader in the Christian blogging community. She is the Founder of GoodMorningGirls.org. Courtney has been featured on the nationally syndicated television program, The Rachael Ray Show. She has spoken at many national conferences including Relevant, Allume, Proverbs 31 Ministries – She Speaks, The Nines, Mom Heart and Hearts at Home.

Courtney is also the author of a Wall Street Journal Best Seller Women Living Well: Find Your Joy in God, Your Man, Your Kids, and Your Home