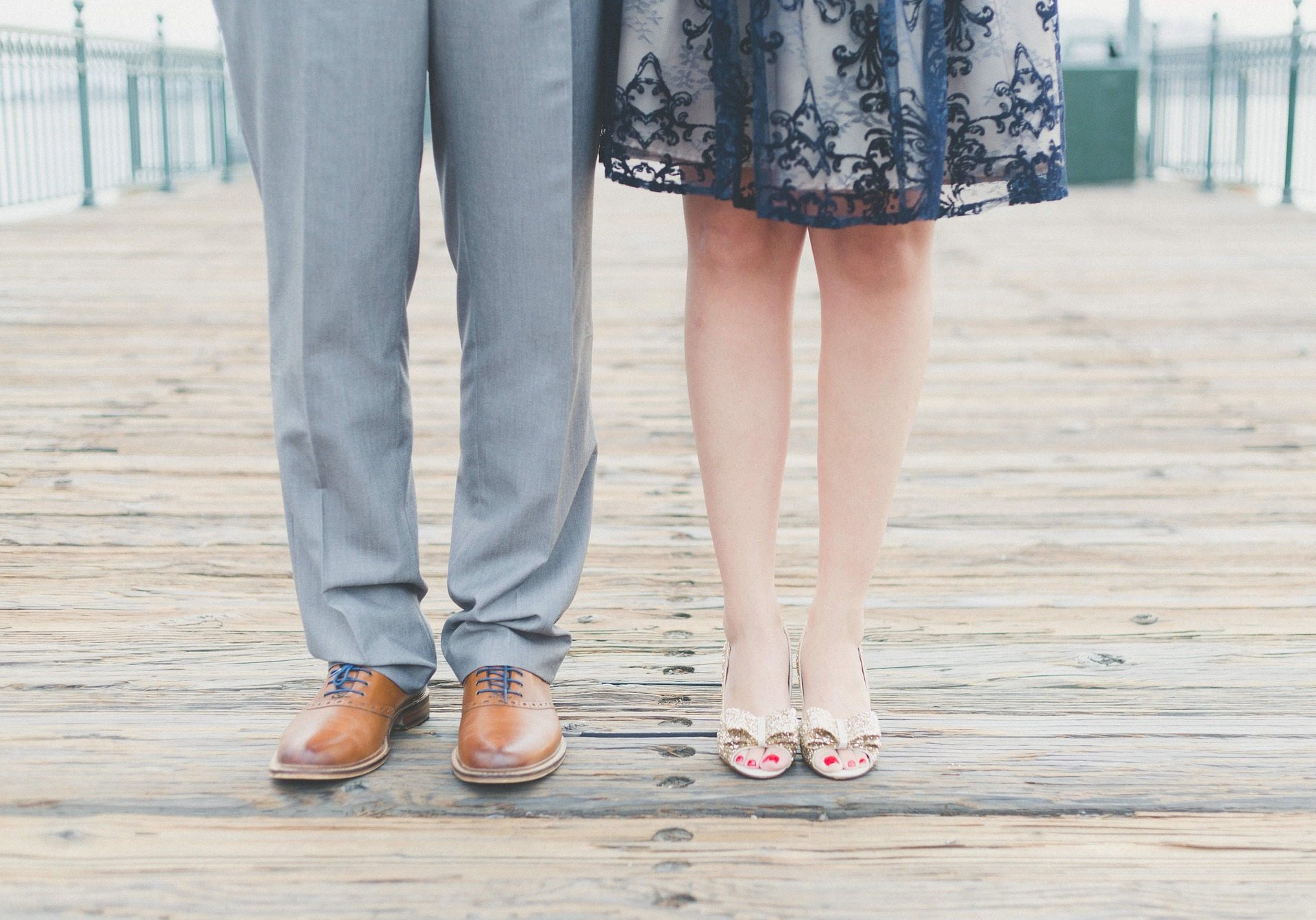 “We’re sooooo different!” We hear this continually as we meet with couples we mentor. And we’ve said the same thing ourselves about our own relationship. Our gender differences caused division at first. But more recently, we’ve also learned they have brought us close together.

But what’s “funny” about this is that before marriage, most of us usually view differences in positive ways. We can’t even imagine that we’ll have problems. Our differences don’t seem to be as noticeable as any type of problem.

“Before the wedding, differences tend to seem intriguing, interesting, and attractive. A few months or years into the marriage, however, what seemed so inviting in the semi-fantasy world of dating now seems considerably less than idyllic.” (Phillip J. Swihart)

That’s certainly true with us. And we’ve come across a lot of couples that find it true in their marriages as well.

One of the things that frustrates us is the different ways we approach things. Relationship expert Dr Leslie Parrott talks about how most women like to have their problems understood and sympathized with (before any problem-solving would begin). But men like to get right to it and solve the problem.

The following is something that Dr Parrott wrote to a woman who is perturbed with her husband. She wants him to listen to her without “immediately” telling her what to do to resolve the issue.

“My husband and I give marriage seminars to couples around the country. And I can’t remember a single one where a woman in the audience hasn’t asked this same question. Most of the time the question is met with rousing applause from other women in the group!

“The truth is, one of the most fundamental gender issues lies in how we approach problem solving. My husband, a psychologist who teaches others about gender differences, still sometimes offers solutions before he has heard my heart.

“When this happens to you, remind yourself your husband is giving you exactly what he’d want if the roles were reversed. While, like most women, you’re content merely to ‘explore’ your problem together, he’s hardwired to fix it. So, in a sense, he feels as though he’s giving you a great gift. Next time, say something to him like this:

‘I’m sure you have solutions in mind. But the truth is, I’m not ready to hear them yet. I need to clear my head by understanding my feelings first and talking them over with you while you simply listen. That’s what will energize me to solve this problem.’

Your husband needs to know it’s OK just to listen. He needs to know that you’re not actually looking for solutions. Why? Because otherwise he feels as though he’s not doing what you really want. This may seem strange to you as a woman. But trust me, that’s what’s going on inside him. He wants to rescue his proverbial damsel in distress. So let him off the hook. Ease his anxiety. Giving him permission to “just” listen will do wonders in toning down his compulsive problem solving.

“Oh, one more thing. If he starts to interrupt with solutions, gently remind him this is a ‘feelings talk’ right now. I’ve used this shorthand with my husband numerous times. I think you’ll find it helpful, too.” (Dr Leslie Parrott, from Q&A column in Today’s Christian Woman Magazine)

Even though both spouses approach life’s problems in different ways, it’s important to find ways to bridge those differences. Purpose to make them work for your marriage rather than against them.

In the above case, the man will learn how to be more sensitive to his wife’s need. (That is once he knows he isn’t expected to “fix it”.) And the woman will learn to work with the differences between her and her husband. This way they’re both feeling better about how things should be handled.

On this issue, here’s an article you may find helpful. It is found on the web site for Crosswalk.com. I encourage you to read it to see what you can learn:

• THE DIFFERENCES BETWEEN MEN’S AND WOMEN’S BRAINS

We also highly recommend the book that was discussed in the article above: His Brain, Her Brain: How Divinely Designed Differences Can Strengthen Your Marriage. It is written by Dr Walt and Barb Larimore, published by Zondervan.

Our differences in marriage can cause divisions between us.

• “She reads people, and he reads manuals.
• He doesn’t ask for directions, and she doesn’t appreciate his advice.
• She is so mysterious, and he is so practical.
• He does not seem to listen, and she seems so emotional.
• The list goes on and on…”

However, “when they’re meshed together, they make a wonderful marriage”, as Dr Larimore explains.

“Combining the latest brain research along with their experiences in over three decades of marriage and counseling, Dr. Walt and Barb Larimore explain how the unique design of each sex, particularly the unique brain and hormones of each, results in different habits, tendencies, and nuances of thought and action.”

That’s why we’re so excited for you to obtain this book because we believe as you read the scientific part of this as well as the reasoning and the experience the Larimores’ pour into what they have written, you will better see how your gender differences can make build a stronger marriage.

Drs Les and Leslie Parrott have written an article to help you even further with this issue. Please read:

• 4 WAYS TO BRIDGE THE GENDER GAP IN MARRIAGE

We hope you find all of this to be helpful.

4 responses to “Gender Differences Can Build a Stronger Marriage”