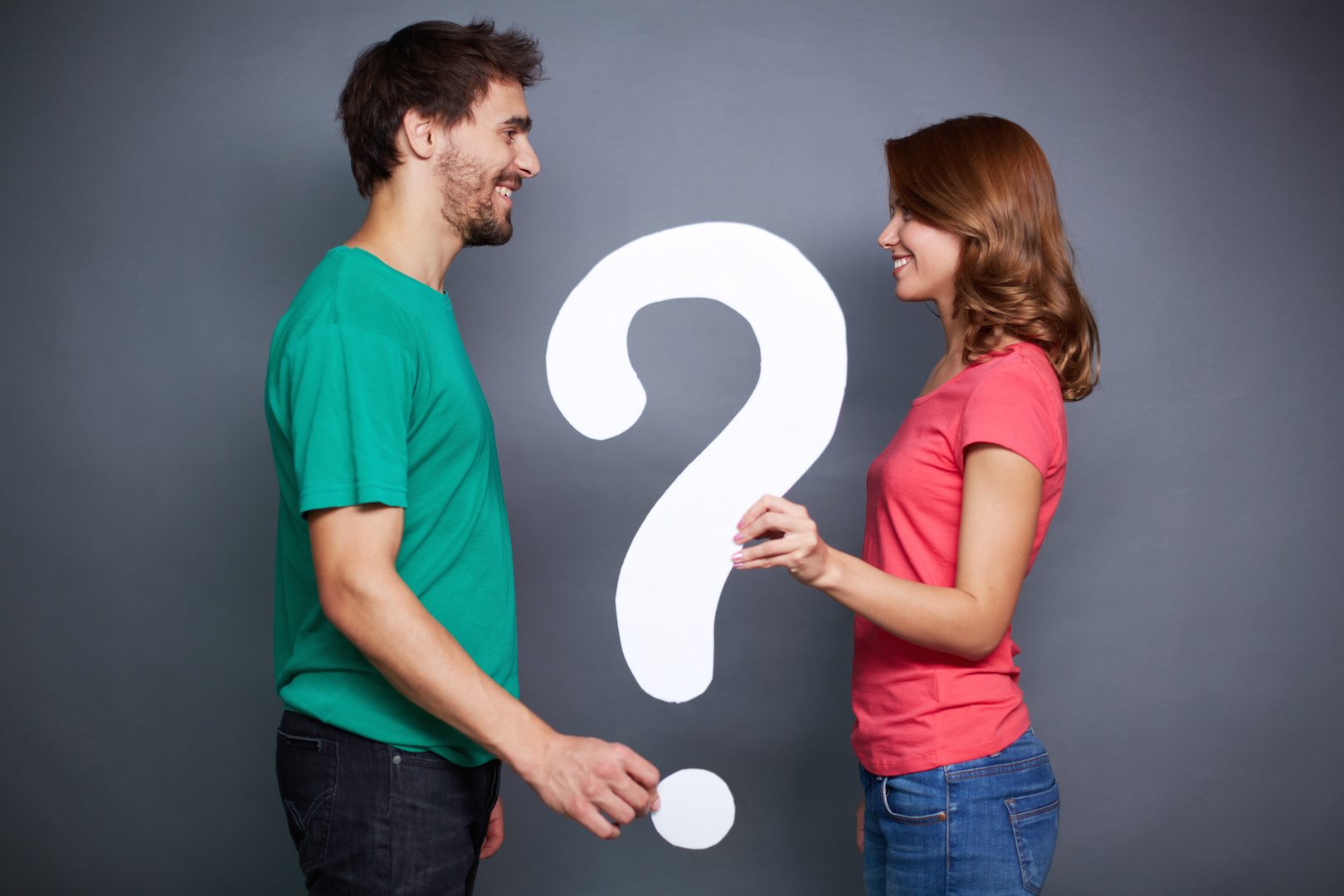 Is he or she the one I should marry? This is a question that has been posed to my husband and me many times. When asked, our reply is basically, “…Don’t know, maybe yes, and maybe no.”

That’s not very clarifying, is it?

The reason we answer in such a non-committal way is because there is SO much that goes into knowing an answer to that question. It’s something that the person who is inquiring, needs to deal with in a very intentional and mature manner. They need to seek and gather as much information as possible. They shouldn’t just depending upon their feelings as the determining factor. That is because feelings often change. After seeking the answer to this question as a precious jewel worthy of finding, we believe God will reveal it to them.

We’re told in James 1:5, “If any of you lacks wisdom, he should ask God, who gives generously to all without finding fault, and it will be given to him.”

To Find the “One”

So, to help you on this journey, we’ve come across several articles posted on the Internet that we believe you will find helpful as you read them. Before sharing them with you, however, please note that marriage is for “grown ups.” That might seem like a simplistic statement. You might think your intelligence is being insulted by saying such a thing.

But please know that I’m not trying to insult your intelligence by insinuating that you might not be “grown up” or mature enough, for marriage. I just want you to pause and consider if you are truly ready to marry this person or anyone at this point in your life. It’s not a slam against you as a person. It’s just a reality check that’s important to consider.

Sometimes you can fall in love with someone and think that they would be a good spouse. But that doesn’t mean that either or both of you is ready for the sobering step of entering into a marriage partnership together. Marriage is to be a lifetime commitment.

“Some base their love for another on the ability to enjoy each other socially. As one divorcee shared with me, ‘We got along so well together. We had such a fun time dating that it seemed like love.’ It is not unusual for a couple to think that since they enjoy each other’s company so much, they must be in love. You can have a hilariously good time with chimpanzee, but that doesn’t mean you should marry one! The trouble with this type of relationship is that when problems develop and frustrations set in, it takes more than having fun together to deal with it. (Josh McDowell, from the book “The Secret of Loving”)

A HUGE issue to consider is whether you are willing to work on not taking part in communication games that people often play with each other. This is something that trips up more couples and sabotages their relationships than you may realize. It takes true determination and intentionality in order to side step them. Marriage is not for children.

If you’re wondering if he or she is “the one,” start working together on keeping the lines of communicating open. Work to resolve conflicts in healthy ways. That will help you to see if you’re ready to proceed any further into your relationship. This especially concerns marriage.

Also, determine if you are BOTH willing to live in an exclusive relationship with each other for the rest of your lives. You are to be true to the sanctity of the marriage vows that are given, even when things get tough (which they will). Again, this might seem simplistic in considering this to be an issue. But you would be shocked at the amount of marriages that end up in divorce because one partner assumed the other would be faithful after marrying. Sadly, the opposite happened.

Flirting with others continued (or began) when one partner was bored with or became unhappy with the other. Past love relationships re-sparked and sabotaged the marriage when one partner “stumbled” upon someone they knew from their past. Then the excuse is given that they “never meant for anything to happen.” That sure doesn’t make the betrayed spouse feel any better. Make sure you each hold onto the values it takes to be faithful for the rest of your lives.

Another thing that needs to be determined is in the area of dealing with personal issues. I’m talking about baggage from the past, and expectations. You need to know that they will come up to the surface after you marry. That’s a fact you can count on. And when they come up, they will need to be worked on in partnership together. It will no longer be your issue or his/hers. It will be an issue you both need to deal with. After marrying, you are “no longer two but one” according to the scriptures (see Matthew 19:6). So you will no longer be able to say “that’s your issue.” It will instead be “our issue.”

If you aren’t willing to work at becoming a marital team, laying aside selfism, then you aren’t ready to even consider if he or she is “the one” to marry.

A good question to ask yourself is, “Would you marry yourself?” If the answer is “no” then you shouldn’t marry someone else and inflict yourself upon him or her. It’s important to take care of as much of your own “stuff” as possible to be a better marriage partner. No one is perfect. And there will always be something that will cause problems. But it’s good to do as much relationship work beforehand. That way things don’t get so tough for both of you later in your marriage.

Once you have prayerfully considered these points, and you still think he or she may be “the one” you should marry, then the following are links to additional articles to read. First, we have article links to address women on this issue. And then we post links for the men afterward. Candice Watters answers the question for a women who writes:

“How do I know that the guy I am dating is the one? I am scared of commitment and I have been hurt before. The bottom line is, I just can’t trust myself. …My head and my heart are constantly in a battle, and I don’t know which one to follow. …Do you have any advice for me?”

Please read what Candice writes in response which is posted on the Boundless.org web site:

And then Nicole Unice spoke on this subject in a video posted on Crosswalk.com. In it she separates our idealistic ideas from what we truly want. This is an essential requirement for us to tie our lives together for life.

On this same issue, the following is a Youtube video with Joy Eggerichs. She answers the same question, Is There Only One?

For another woman who is pursuing the question whether a certain man is “the one”, Candice Watters gives the following advice:

“The only real requirement Scripture gives for a marriage partner is that we be equally yoked. Beyond that, it’s mostly common sense and hard work.

“Of course you should look for the confirmation of friends and family that the man you’ve chosen is a good match. And you should be better as a couple than you are apart: emotionally, mentally and spiritually. Finally, since Scripture commands wives to respect their husbands, you should choose a man you admire and are able to respect.”

Again, on this same issue, Joy Eggerichs answers the same question, “How do I know if there is only one and if this is the one?”

And then Joy Eggerichs follows up with the question, “What if there is no one?”

For a man who is pursuing the question of whether a certain woman is “the one” John Thomas poses the question and then answers it in the following way:

“How do I know whether she’s the person I should marry?

“Other than her willingness, it’s a combination of things. It’s a little bit of art and a little bit of science. By that I mean God will likely use two sources through which to communicate to you about such a decision. He will use your heart and your head.”

• THE WOMAN I SHOULD MARRY

And then from the ministry of Why Family, there is a blogspot article and corresponding discussion afterward that you might find interesting to read on this issue:

• HOW TO KNOW IF SHE’S THE ONE

The Boundless.org article that Steve referred to in his blogspot, is written by Michael Lawrence. In it, he addresses the question:

As you seek to determine if the person you are spending time with is “the one,” here is some good advice from the book, Before You Get Engaged:

“If you’re having doubts about your readiness to get engaged —for whatever reasons —do yourself a big favor. Don’t ignore them. Get to the bottom of what’s giving you doubts. Wait. Take whatever time you need. Just do the very best you can to be sure before you take the next step.”