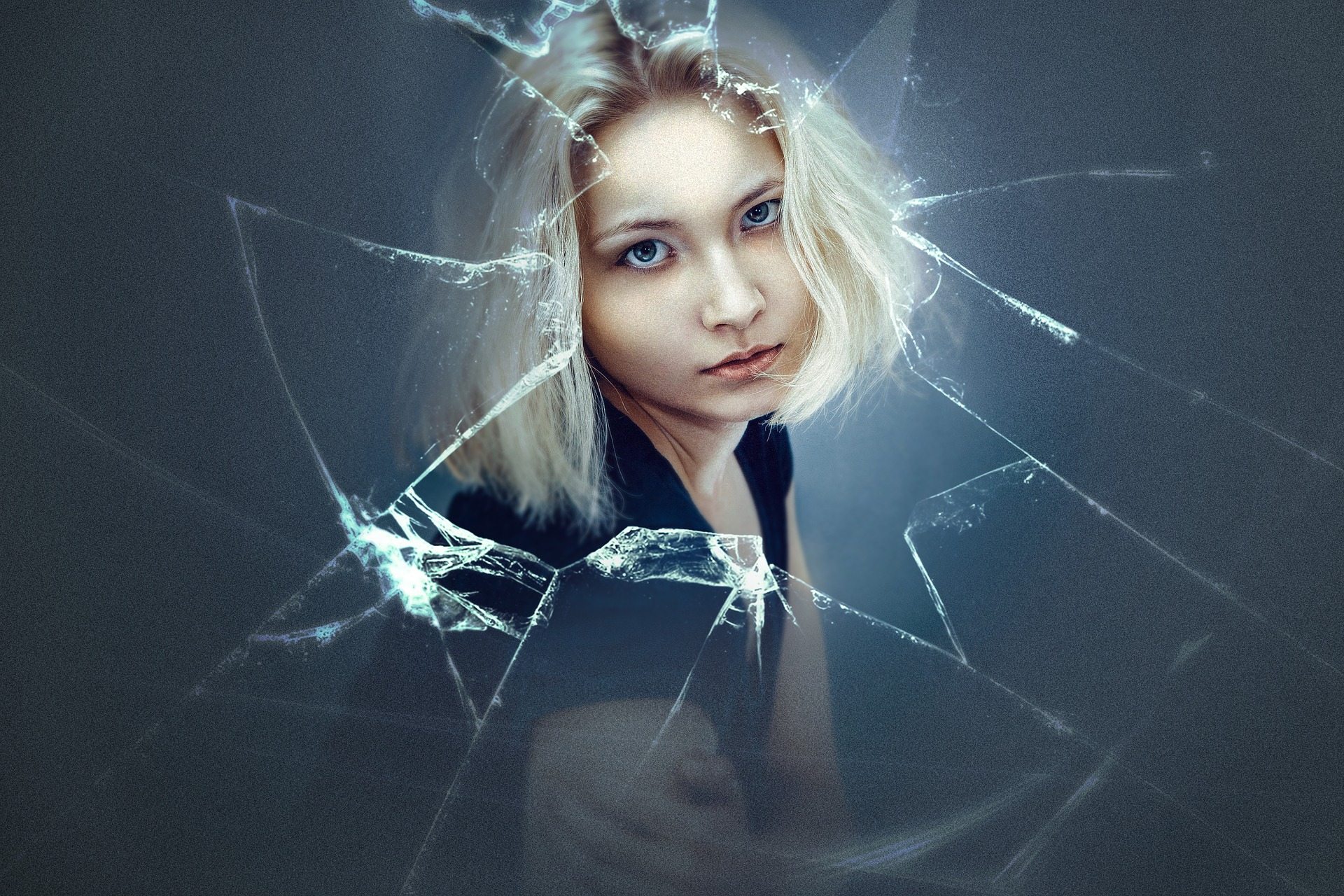 As far as Sara Buel knew, things like that didn’t happen to nice girls from Christian families. They certainly wouldn’t be involved in abusive relationships.

He was her high-school sweetheart, after all. His mother was a devout believer. He was charming, his manners were impeccable and he didn’t drink. And best of all, he loved her. Loved her so much, he said, that he was jealous for her.

“And when you’re young and in love, that’s exactly what you want to hear,” says Buel, who lives in Austin, Texas. “I look back now and think, ‘Where was my brain?’ But when you’re in the middle of it, it’s very hard to have perspective.”

Buel was in the middle of an abusive relationship. It began, as so many do, with verbal and emotional abuse. She was told she was stupid or fat or that her hair wasn’t right. But the comments were mixed with words of love so she always felt confused. Little by little, he took control of where she went, what she did, what she wore and whom she talked to. By the time he finally slapped her hard across the face, her self-esteem had become so low that she believed him when he said she had done something to cause it. And she believed him when he said it would never happen again.

Even in the Church

Though it’s not usually discussed in the church, abuse is often a common part of dating and marriage. Every year, 4 million American women [and men] are assaulted by their partners —one every nine-seconds. Estimates of physical violence in dating relationships range from 20 to 35 percent. Abuse crosses social, cultural, racial, religious, geographical and economic backgrounds, and though men can be abused, 95 percent of victims are women.

When Christianity is part of the equation, there are additional issues of shame. There are pat answers to “just pray about it” and move on, denial, the feeling that God brought abuse as judgment for past sins or that it must be part of “God’s will.” Abusers can often twist Scripture to justify their actions. Wives are supposed to submit to their husbands. And women who marry their abusers may feel they have to stay because they made a commitment for better or for worse.

As for the reference to wives submitting to their husbands in Ephesians 5, Dr. Don Brady, clinical director of Diakonos Inc., a Christian counseling center in Independence, Mo., says women are called to submit to their husbands. But men have responsibilities as well.

Putting you first, however, should never be used to justify jealousy that cuts you off from the outside world.

“It’s a normal and natural feeling to want to feel special,” says Rosalind Wiseman, a 33-year-old abuse survivor who co-founded The Empower Program to teach boys and girls about preventing violence. “It’s intoxicating. After all, it’s romantic to hear, ‘You’re the only one who understands me.’ And good girls want to help troubled boys. Then you start hearing those girls say, ‘He loves me, and that’s why he wants to know where I am 24/7. That’s why he doesn’t want me to be with my friends.’ And that misdefinition of love makes girls —and women —very vulnerable to justifying the guy’s behavior and falling down that slope. It’s not that the guy becomes abusive overnight. It’s that one day, you wake up and say, ‘How did I get here?’”

Sarah Buel didn’t have that moment of realization until long after she married her abuser. “In the beginning, I kept hoping things would change,” says Buel, who left the man in 1977 on the advice of a counselor, divorced him in 1984 and eventually started the Domestic Violence Clinic at the University of Texas School of Law. “I had never met anybody like him. Growing up as one of seven kids, I wasn’t used to that much attention. I try to explain to people now that it’s not that victims are crazy or helpless or weak. It’s that batterers can have good sides too. They can be very charming, and it’s easy to think they mean it when they say they love you.”

It’s enough to make 28-year-old Shanterra McBride cautious about whom she dates. Though she’s never been in an abusive relationship herself, McBride’s aunt quietly stayed in a violent marriage for years. That is because her husband was a deacon in the church.

“Now, when a guy approaches me, I ask more than ‘Where do you go to church?’” says McBride, who works with Wiseman in Washington, D.C. “I ask, ‘What is your relationship with the Lord? Who holds you accountable?’ Sometimes we overlook these things because he looks good and sings great in worship. But that’s not enough. I understand that the plans the Lord has for me are for good, not disaster. And if someone is mistreating me or talking crazy to me, that’s disaster.”

What Can You Do?

First of all, if someone you know is being abused, the worst thing you can do is stay silent.

If you’re a friend:

• Don’t judge. She’s had enough of that already from her abuser.

• Pray with her and for her.

• Repeatedly remind her that you love her and that she deserves better.

• Do what you can to help her get out of the relationship, but be patient. She’s the one who has to have the desire to leave.

Some of her reasons for staying may include that she believes the man loves her. She loves him, she’s afraid, her self-esteem is demolished, and her identity is tied to the relationship. She prefers a bad relationship to none at all, and thinks she can change the man. Or it may be that she feels like she’s done something to deserve the abuse. In addition, she may have been so isolated by the abuser that she no longer has reality checks from others about what’s normal and what’s not.

Secondly, if you see or hear a friend abusing his girlfriend:

• Confront him. Tell him it’s not right and that you want to see him get help. Men batter for a variety of reasons, including low self-esteem, fear of intimacy, depression and lack of skills in reducing stress or dealing with anger.

• Have compassion, but hold him accountable. He may have been taught that he has a right to abuse —especially since 70 percent of men who abuse were either abused as kids or regularly saw violence at home.

If you’re a pastor or church leader:

• Discuss the issue from the pulpit. Talk about what makes relationships healthy and be available to congregants who come forward needing help.

• Recognize that abusive relationships are a reality even in the church. Believe those who tell you they’ve been abused; and avoid easy, patronizing answers.

• Protect the confidentiality of abuse victims. If you’re going to confront the abuser based on information from the victim, let the victim know you’re going to do it first. Otherwise, you may be putting the victim’s life in danger.

• Get help. The Center for Prevention of Sexual and Domestic Violence, for example, offers books, videos and curricula for churches, lay leaders, clergy and the like.

If you don’t know anyone involved in abuse but would like to help:

• Donate time, money or materials to the nearest shelter.

• Protect yourself and make others aware of potential dangers. Open discussions with friends, family and members of your church.

What makes a relationship healthy? At the very least, it should be based on mutual respect and trust.

As for unhealthy or abusive relationships, they can be a little harder to recognize —especially if you’re in the middle of one. Here are a few warning signs of abuse from a variety of sources. If you recognize your relationship here, talk to someone about the abuse, and do what you can to get out. Remember, abuse doesn’t have to be physical.

• Make you feel insignificant or small, belittling you with comments about your appearance, intelligence, job, etc?

• Isolate you from family and friends because he’s jealous for your attention?

• Promise he won’t hurt you again but is unwilling to seek help for his behavior or denies it being a problem?

• Constantly check on your whereabouts and must know where you are at all times?

• Try to control the way you dress or which men you talk to?

• Threaten to hurt you, to leave you or to commit suicide if you leave him?

• Physically abuse you, even if he swears it will never happen again?

Lastly, are you ready to get help? Consider starting here:

• National Center for Victims of Crime: (202) 467-8700 or victimsofcrime.org. Referrals to nearby services.

Fiona Soltes wrote this article on abusive relationships. It is shared with us courtesy of Christian Single. It was originally posted on the resource web site of Lifeway.com.

16 responses to “An Inside Look at Abusive Relationships”