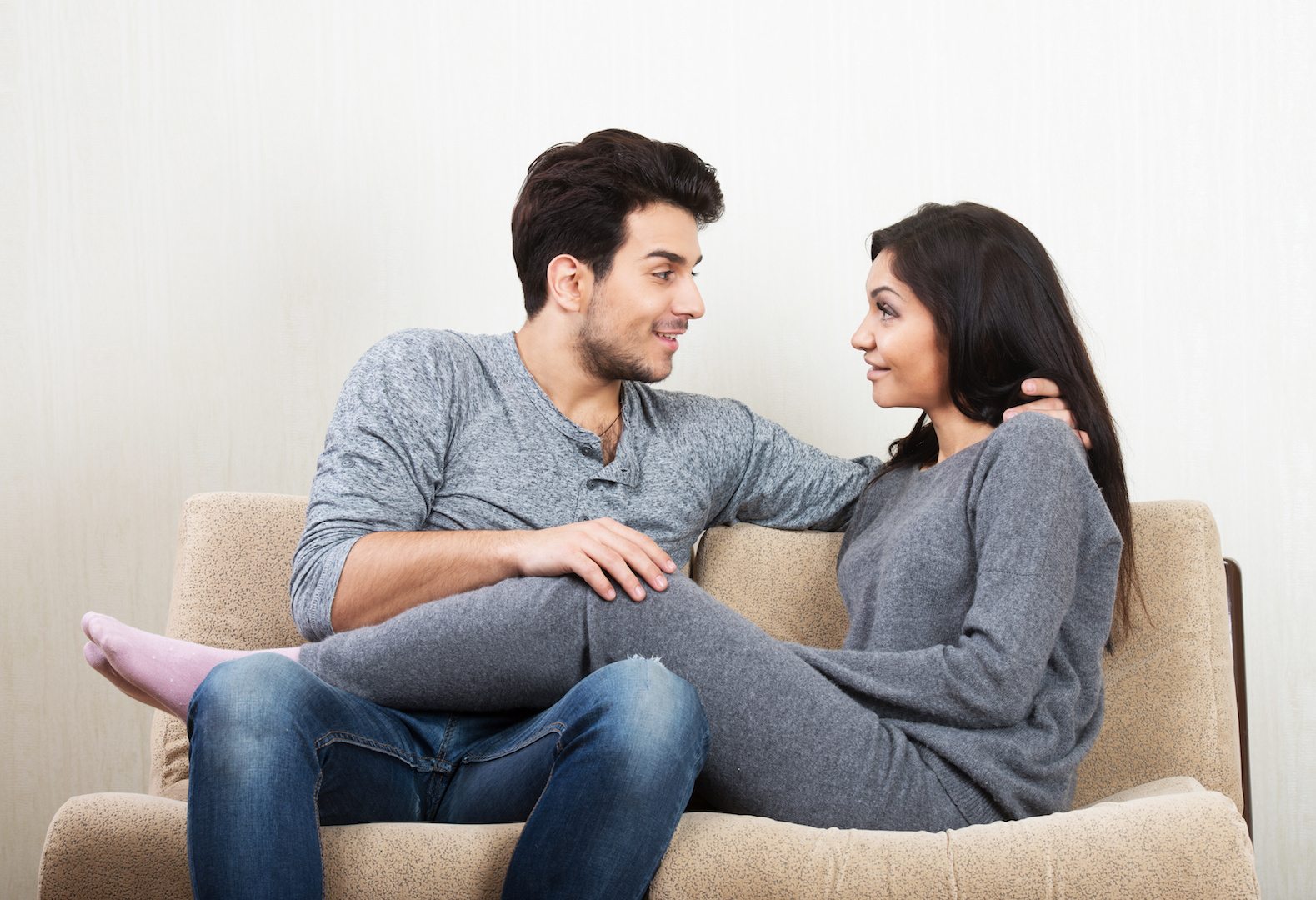 When was the last time you, as a couple, spent 2 or 3 hours just talking like you did when you were dating? We call that Just Talking Communication. That’s because it’s a casual, relaxed type of talking without any agenda other than to connect emotionally.

I can remember when Cindy and I were dating in college. We’d spend an entire day together. And then go back to our separate dorms. And what was the first thing I’d do when I got back? I’d go down to the pay phone and call Cindy. We’d then spend the next hour or so talking some more.

Don’t ask me today, what we had to talk about for all those hours. To most of us men it’s a mystery how we have so much to talk about before we got married. And then after the wedding it’s like we become “deaf and dumb.”

You’ll be tempted to hand this article to your husband and say something like, “Here, read this. It’s talking about you.” We’d suggest a somewhat softer approach. Say something like, “I just finished reading an article that made me think of when we first met. It made my heart race for you.” Of course, don’t tell him that the reason your heart’s racing is because the thought of him putting more than 3 sentences together at one time is almost more than your heart can take.

When your wife hands you this article, and you read it, go up to her. Say something like, “Wow, an article on communication! How did you know I’ve been looking for a way to learn how to become a better communicator with you?”

Okay, let’s get back to reality. We’re going to share insights on the subject of communication from a book, we recommend you read. It’s written by Dr.’s Les and Leslie Parrott. And the title is, Questions Couples Ask

When we were dating, we could finish each other’s sentences. Now that we’re married, it seems I don’t know what’s going on in his head most of the time. What happened?

In a general sense, women want to relate and talk about feelings. Husbands, however, want to address issues and offer solutions. This pattern, barely evident during the dating years, becomes increasingly blatant after the wedding. So if you’re feeling like you don’t “understand” one another the way you used to, don’t despair. YOU SIMPLY NEED TO LEARN THE ART OF COMMUNICATING AS A MARRIED COUPLE.

[Counselors] Robert and Rosemary Barnes explain that once a couple gets married they tend to talk on 3 different levels. To have a growing and fulfilling marriage where both partners feel understood, a couple needs to move to “Level 3.”

But let’s start with “Level 1.” This is the shallowest level of communication, what the Barnes’ call the Grunt Level. It involves an obligatory response: “Hello,” “How are you doing?” Words are exchanged at this level, but the communication is far from deep. Unfortunately, many couples approach each other at this level. They get home from work and “talk” a bit about their day, but neither person really listens.

“Level 2” is just a step above the grunt level of communicating. It’s the Journalist Level, where talking with one’s spouse involves expressing opinions. But it’s only on mundane facts. The conversation involves politics, other people, the church, but it stops there. Nothing is said about each other’s feelings. That’s reserved for the next level.

“Level 3” is the Feelings Level. Spouses reach this level when they feel safe enough to share areas of weakness or feelings that may put them in a bad light. This is a vulnerable step involving opening up one’s spirit. You’re allowing your partner to see the real you. This is the only level on which real understanding occurs.

Whenever we talk to couples in our counseling office about these 3 levels, they quickly want to know what they can do to create the kind of safety. It’s the type of safety where both of them are willing to risk communicating at the 3rd level. You’re probably wondering the same thing for your marriage. Well, the answer is really quite simple in principle. But it’s more difficult in practice. It’s to listen for each other’s feelings and reflect them back.

Underneath every message your spouse communicates is a river of emotions that you can tap into. Don’t look for these feelings to be clearly labeled —they aren’t. The signs are subtle, hidden beneath the verbiage and the body language. Your spouse may not say, “I’m frustrated,” for example. But he or she might reveal this in tone or demeanor.

When this is the case, you can say, “It sounds like you’re frustrated.” A simple statement like this is all about that’s needed to bring Level 2 conversation to Level 3. That’s the place where genuine understanding takes place.

Jenny and Ron, a couple starting their 2nd year of marriage, came to us because of an excruciating breakdown in communication. “We used to have long talks before we got married,” Jenny confessed. “Now we barely say good morning.”

After just one hour of practicing this simple skill of reflecting each other’s feelings, Jenny and Ron could notice a difference. They didn’t have it down pat after just one session, but they knew what they needed to do to restore their conversations to a feelings level. This gave them hope. And after a couple weeks of practice, both of them gave us the same report: “We understand each other better than we ever have before.”

And then here’s another question and answer concerning couple communication:

I’ve tried reflecting my marriage partner’s feelings and it feels so phony. It’s like I’m a robot or something. Is there any way to do this without feeling as though you’re just using a technique?

We hear this question a lot. Sometimes we’ll teach this technique of reflecting each other’s feelings. We’ll then have couples practice it right then and there. Invariably someone will raise their hand and echo your same frustration. Our answer is always the same. Reflecting your partner’s feelings will remain an empty technique unless you’re genuinely interested in understanding your partner.

As long as you’re sincere about your desire to know your partner’s heart, reflecting his or her feelings will work. You may feel awkward at first. Yes, you may even feel like a robot programmed to say, “It sounds as though you’re feeling…”

But if you practice this routinely for a week or so, and if you genuinely want to make a deep connection with your spouse, you’ll see just how natural it can become. Reflecting your partner’s feelings may still feel phony. But don’t give up. It’s natural to feel awkward anytime we try something new. Keep at it. In a relatively brief amount of time, with enough practice, you’ll begin to reflect feelings with a natural ease that becomes part of your daily conversations.

One more thing—you don’t have to be a “feelings” expert to decipher your spouse’s emotions. The good news is that when you’re genuinely interested in understanding his or her heart, you can reflect back a feeling that isn’t really on target. And yet you’ll still succeed with this practice. Even when you’re wrong, this technique works—as long as you’re genuine.

If you listen carefully to your partner, you’ll hear many different feelings. You’ll “hear” them in their eyes. And you’ll hear them in their fidgeting, even in their silence. Think of this kind of listening as mining for feelings. Once you think you’ve identified a potential feeling, check it out with your partner. You’ll be surprised how understood they feel.

“A wise man’s heart guides his mouth, and his lips promote instruction.“ (Proverbs 16:23)

We encourage you to work together to fine tune your communication skills. Make and take the time to speak to each other on a level that promotes love and understanding.

One response to “Just Talking Communication in Marriage – MM #114”