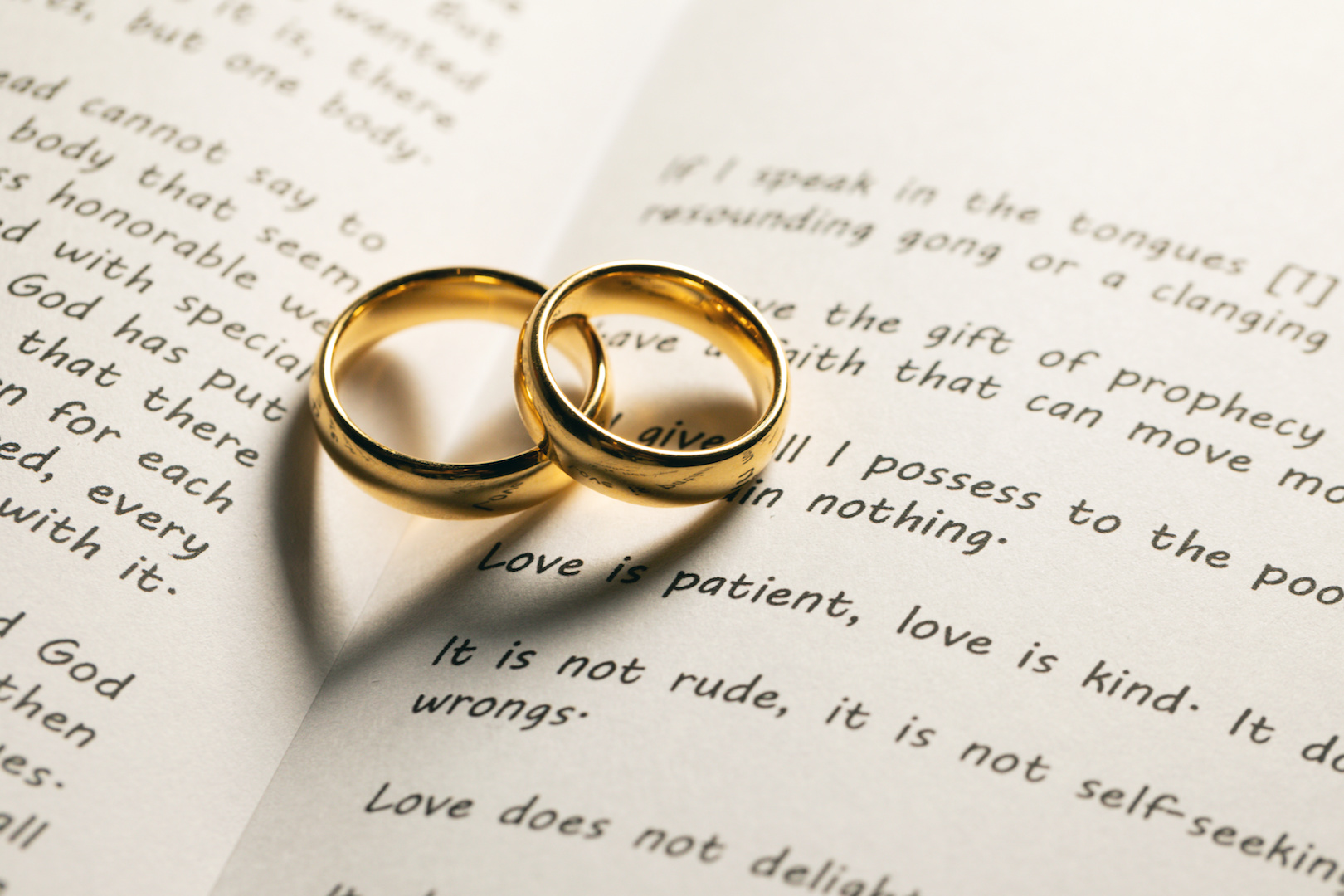 We first became aware that our marriage was an open book when our pastor announced in church that we would be moving to another city to start a new Christian radio station. A young couple came up to us afterward. They told us that they had been secretly watching us interact as a couple for a long time. They both agreed that they wanted their marriage to be “just like ours.” Their reasoning was because of what they had observed.

We were caught off guard. First off, we weren’t aware that anyone was watching us. (Thank God they were positively influenced in the ways we treated each other!) But then we considered the ramifications. What if we had interacted negatively to each other? We might never have known that either. And yet that also would have impacted their lives. It brought into focus what it says in the Bible in 1 Thessalonians 2:12. “Live lives worthy of God, who calls you into His kingdom and glory.”

This begs all of us to consider the question: “What do people think of God when they watch us in our marriages?” Realistically, we don’t have a choice whether or not our marriages will be an open book. Someone, somewhere, at some time will eventually read our marriage book. It’s inevitable that it’s going to be seen and read. The question is: Is it a worthy read?

The Open Book of Marriage

The truth is you may never know who is reading your marriage book. You can be sure your children are—every day. But neighbors, friends, relatives, people you work with, and even complete strangers are also reading it.

Radio personality and author Brant Hansen found this out! He wrote:

“One evening, standing by the pond, a tipsy Finnish guy (he and his wife were drinking while moving out) told me—I swear I’m not making this up, ‘I’ve looked outside. And I’ve seen your family. I’ve watched you. And when I see your family, I don’t even know why, but I think about God.'” (From Brant’s book, “Unoffendable”)

Needless to say, this took Brant by surprise! He didn’t know their life was being read as an open book. But it was. And so is yours. Do they “think about God” when they see how you interact with your spouse?

There was a related article presented a number of years ago in “Marriage Partnership Magazine.” It was titled, “Open to the World” and featured an interview with Ravi Zacharias and his wife, Margie. (Ravi has since gone on to Heaven.) Ravi had a phenomenal ministry to bring Jesus to the world in unconventional ways. He was a renowned author, speaker and apologist. He and Margie also believed very strongly that “marriage has the power to change the world for the better.”

They were convinced that God created their marriage as a base for ministering to others. And they didn’t let anyone else off the hook either. The Zacharias’ continually contended that we’re ALL called to show God’s love to those around us. And that especially includes those who are married. That is because marriage represents Christ’s love for the church.

The Open Book of Marriage Speaks to People

Ravi authored several books, including Cries of The Heart

, Can Man Live Without God? and Deliver Us From Evil

. Throughout his life he defended the reasonableness of the Christian faith. But he also stressed the peace and healing that comes only from God. Ravi and Margie incorporated that same mission into their life as a married couple. They explained it this way:

If our marriage speaks to people, it is our prayer that it is because it is a Christian marriage, not that it is inter-cultural. A couple’s home should convey peace to people when they come in. And where people sense that harmony, they will seek your feedback, even in subtle ways. People have come to the Lord in our home. One was a Hindu couple. I would love to think that happened because they sensed God in our home and in our marriage.

One of the most fulfilling comments that could be made about any home is that it is a place of peace. And not only can friends sense this, but others do too. This includes trades people, and real estate agents. Anyone who has a reason to be there should be able to sense the difference in a Christian home.

But how did they establish that in their home? To that, they said:

Peace starts with the discipline of respecting your fellow human beings. Be kind to whoever you talk to. And be gentle and gracious in what you’re saying. I have always marveled why anybody would be unkind. I’m not kind to Margie because she’s my wife, I’m kind to her, first of all, because she’s a person. I see people at an airline counter screaming at a flight attendant because the plane is late. They act as if she had responsibility for it. Think of the peace that is lost.

Continuing on The Open Book Marriage

Ravi and Margie continue making this point by stating:

Marriage—the way God designed it, is meant to point people to God. The family is God’s laboratory. This is where His grace and provision are put to the test. It greatly concerns me that so many Christian marriages have fallen so short of what God intended for marriage. We can never impact our society for God if, in our own families, we can’t show the love of Christ.

Marriage is the first human relationship that God instituted. Before we were ever parents, we were a couple. Adam and Eve had no earthly parents. Their allegiance was first to God and then to each other, under God. That is why the wedding vows are so sacred. They are rooted in God’s first gift to humanity—a pure, exclusive, and abiding love.

In our society of broken homes, where can people turn to see the reality of God’s love if not to a Christian home? What they see demonstrated there should show them that it will take more than human love to repair their own lives. Christian couples, in the honor and respect they give to one another, can have the privilege of showing God’s power at work in a relationship.

Can those who witness your marriage relationship, see “God’s power at work?”

Again, Your Marriage is an Open Book

We hope you will spend time reflecting on the Zacharias’ comments. Especially focus on that last sentence. “Christian couples, in the honor and respect they give to one another, can show God’s power at work in a relationship.”

Pray about this. And then make the time to pray together as a couple. Ask God to show His power at work in your relationship.

Maybe you don’t feel you’re anywhere close to being the person, or a couple God could use. If so, start today to change that. Today can be a new beginning.

Start by confessing to Him where you have failed. And then ask for forgiveness.

Additionally, commit to learn and apply Biblical principles to show the love of Christ within your marriage. It’s important to do this behind closed doors (when no one but you and God are looking). But also do this in front of open doors. That is because again, your marriage is an open book.

And please don’t worry about being imperfect. God specializes in using imperfect people. Just read the Bible, and you can see this clearly! All He asks for is a willing heart and spirit. (But then you must do what He tells you to do.)

Please note that if God can use us, God can definitely use you. It all begins with saying, “Yes” to Christ’s Lordship. Above all, keep in mind what we’re told in 2 Corinthians 2:2-3:

“And you show that you are a letter from Christ delivered by us, written not with ink but with the Spirit of the living God, not on tablets of stone but on tablets of human hearts.“

Tagged: covenant of marriage, marriage as a witness, marriage covenant

8 responses to “Your Marriage is an Open Book”