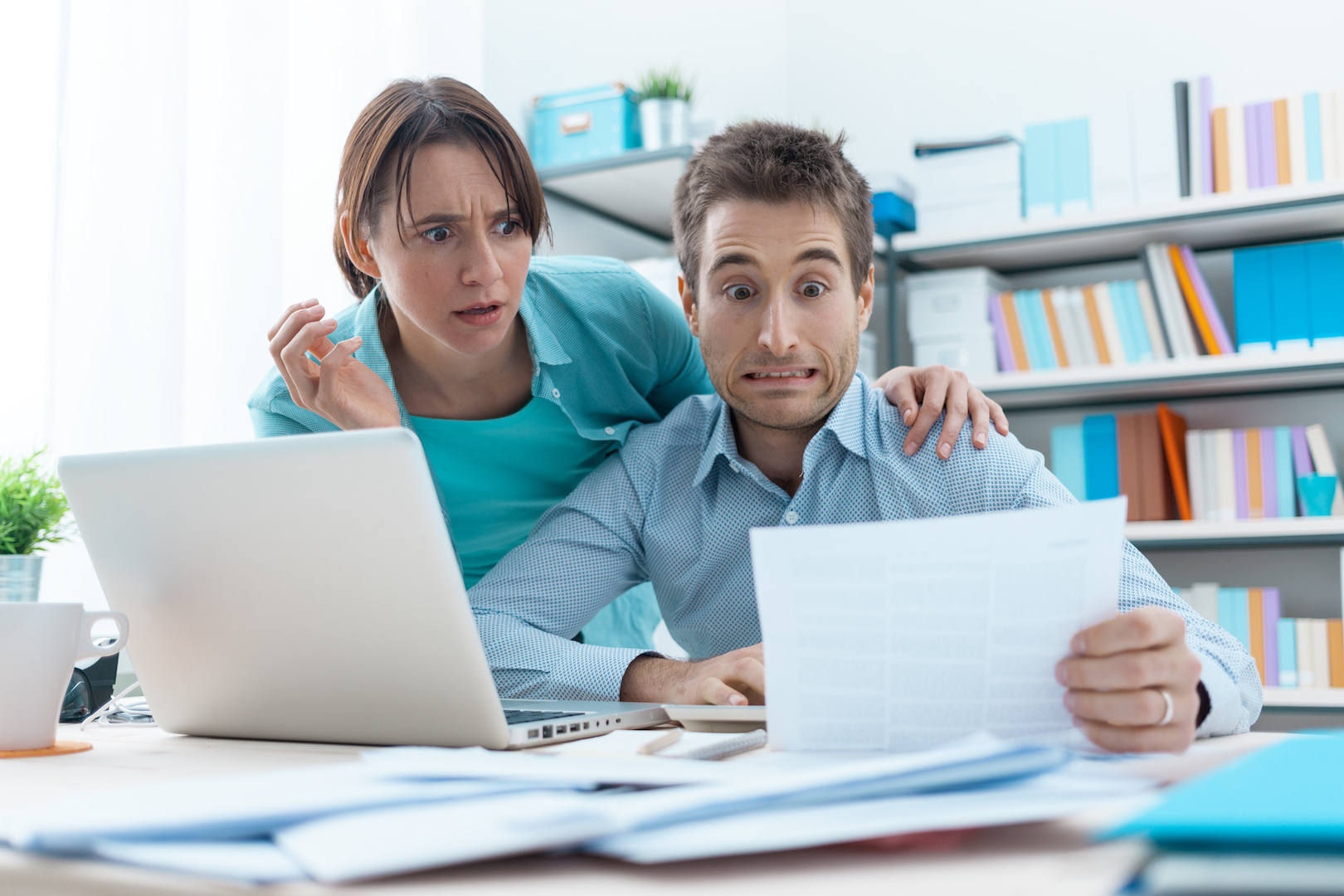 With April behind us—the month where last years taxes were due (of the government kind) and we roll along in May, we’re reminded that marriage taxes us, as well. But it’s in a different way, of course. However, there’s no doubt that marriage can be taxing at times.

We say this without any hesitation that every spouse WILL encounter taxing moments. Often, it can be more than just “moments” where we feel challenged. At times we encounter experiences where we feel drained and we wonder how we’ll ever be able to move forward.

Other times we wonder how we could have handled different situations without a marriage partner to help us. None-the-less, growing the marriage relationship CAN be taxing. Here are just a few possibilities in the ways marriage taxes and challenges spouses.

FYI: We now are making this info available in Podcast form. To listen, instead of reading this Marriage Insight, just click on the Podcast button to the right.

• When you marry you lose much of your independence. And you will, no doubt! It’s a voluntary thing at first, but then you realize one of the costs of marrying:

“A marriage costs you beyond the cost of the wedding. That’s nothing in comparison to the emotional costs that come with becoming one. The truth is, you lose a part of yourself, exchanging a bit of who you are, for a bit of who they are. You learn to give, take and let go of the things that don’t matter.” (Debra Fileta, from the Crosswalk.com article, “10 Secrets You Should Know About Marriage”)

That’s something we learned early on in our marriage. We realized that we lost a bit of who we were and who we could have been as single, independent people. At times that took some grappling with that fact to sort it all out. But as a whole, we can see that we’ve gained more than we’ve lost. We’ve gained the benefits that our spouse brings into the relationship.

Yes, sometimes we don’t get to do what we want to do when we want to do it. (That can include not going out with friends and instead coming home to spend a quiet night with our spouse.) And yes, there are times when we have to do that, which we don’t want to do. (That can include cleaning the kitchen or the yard instead of watching TV. Or perhaps we just want to lie around relaxing, read a book or spend a lot of time on our Facebook Page… but we shouldn’t.) Our outside interests most often go in different directions than they would if we never married.

Marriage Taxes and Changes Outside Interests

On the other hand, just because we marry it doesn’t mean we have to change or drop all outside interests. It’s important to give each other some breathing space. According to research, some of the healthiest marriages are ones that “breathe.” They “move from a time of closeness and tenderness to a more distant posture. And then they come together for another reunion as the cycle concludes.” As psychologist Dr James Dobson said, “There’s something about the diversity of interests and activities by each that breathes life into a marriage.”

Ever since we learned this concept, we’ve tried to give each other some elbowroom to pursue personal interests. (This is in addition to the ones we’re involved in together). And this has been good for our marriage. Steve is involved as a chaplain in the fire department and mentoring young men. And I’m interested in art, gal friendship stuff, and am involved in mentoring young, married gals. We really enjoy this aspect of our marriage.

There’s no doubt that each of us is all the more interesting to the other because of this. It makes for great times of conversation. Plus, we pray for and care about each other’s involvements. And that is so nice, because we’re independent but supportive. Even independently, we’re growing our partnership.

However, we do have boundaries as far as this is concerned. Steve and I have made the agreed upon commitment that we won’t do anything independently that causes tension and division within our relationship. If a friendship, family member involvement, or pursuit of an outside interest causes emotional division in our relationship we address that issue. We’re committed to work it out until we come to an agreement.

For example, scheduling activities with friends and outside family members can be fine things to do. But if we haven’t been able to spend quality time together because of the busyness of life, we make that our first priority. Spending time with other people and outside interests is not even on our radar screen at that point. Our love relationship with each other comes first. Every other person and everything else lines up after that. We both agree that “we together” time is a top priority.

“A good marriage brings two people together who lay aside their selfishness and put the other person first. The team must win before the individual wins. Marriages disintegrate when one or both partners go after selfish wins at the expense of the team win. There’ll always be things that you’d like, but they may require a loss for your spouse. Those wins must be left unclaimed. That may be hard, but it’s how great marriages are built.” (Gil Stieglitz)

Another Way Marriage Taxes Us

That brings us up to another taxing issue of marriage that is related:

• You are now part of a team—a marital team. This has its benefits as well as its difficulties. The benefit is that you united with your marriage partner to face difficult situations together. God agrees; He says:

“Two are better than one, because they have a good return for their labor: If either of them falls down, one can help the other up. But pity anyone who falls and has no one to help them up. Also, if two lie down together, they will keep warm. But how can one keep warm alone? Though one may be overpowered, two can defend themselves. A cord of three strands is not quickly broken.” (Ecclesiastes 4:9-12)

On the other hand, it isn’t always easy to be part of a team. We have to make personal sacrifices for the sake of our “team.” We always have the other person to consider. The Apostle Paul laid this issue out for us in 1 Corinthians 7. He talks about the freedoms we have if we don’t marry. But when we do marry we have our spouse to consider in all we do.

However, as God points out, if one of us falls, the other can help us up. Sometimes that involves emotional falls. The other day Steve found out that one of his good friends died. I was out grocery shopping when he found out. When he called me, I could hardly wait to get home to be with him. He told me he felt the same way. He could hardly wait for me to get home so he could fall into my arms for comfort. That’s an important aspect of our relationship.

Comforting and Helping Each Other

If you and your spouse aren’t doing this, then you need to talk to each other about this. It’s an important part of marriage. You need to be there for each other. As the scripture says, “pity anyone who falls and has no one to help them up.”

And don’t even get us started on the part in Ecclesiastes about keeping each other warm! Snuggling with each other on those chilly nights… that’s important!

And having a marriage partner who will “defend” the other… again, that’s SO important! We should never hurt each other physically or verbally. As marriage partners we are to always be there to protect each other and NEVER to harm each other. This is something we absolutely believe to be true:

“No one, under any circumstance, deserves to be abused. They don’t deserve to feel disregarded, insulted, controlled, coerced, intimidated, hurt, hit, pushed, grabbed, or touched in any undesired way. Nothing that anyone in a family says or does justifies abuse. One act of abuse never justifies another. Everyone has the right and the responsibility to heal suffering. Whenever we hurt a loved one we bleed [or should bleed] a little inside.” (Dr Steven Stosny, Compassionpower.com)

If you are experiencing abuse in your marriage, we encourage you to take advantage of the resources we point you to, in our Abuse in Marriage topic.

Also realize that emotional defense is vitally important, too.

“Through the years, you will be given many opportunities to parade your spouse’s problems in front of your friends and relatives. But love calls you to protect their reputation. A morsel of gossip or a moment of laughter isn’t worth the unnecessary pain of humiliation and damage it can bring to your trust. Unless your spouse is injuring themselves or others, you need to guard their secrets and honor.” (Stephen & Alex Kendrick, from “The Love Dare Day-by-Day… A Year of Devotions for Couples”)

If a friend or family member says something that is negative about your spouse you need to be his or her defender. (We aren’t talking abuse issues here.) Never allow anyone or anything to enter into your relationship to separate you or cause your spouse grief. In marriage, you vow to be your spouse’s number one defender and cheerleader! Always keep in mind that you are on the same team—not opposing ones.

We’ve got more on this topic we’ll share in our next Marriage Insight. However, to sum up all of this, we hope you will participate with God (and join us) in being “Marriage Keepers.” Despite all that taxes us, yet embracing the many benefits of marriage may we never forget:

“No marriage is ever what a person expects it to be. Real life can never compete with the dreams and fantasies conjured by the mind. In marriage you gain as well as lose. But both experiences can be positive. In a divorce-friendly culture it’s all too easy to exchange the old for something new. But the new relationship will come with its own set of gains and losses—usually more losses. Marriage is two unfinished people coming together and each helping to complete and refine the other. That’s what Marriage Keeping is all about.” (H. Norman Wright, from the book, “One Marriage Under God”)

May God do His finishing work in us through the vehicle of marriage, as we intertwine with Him in a “cord of three strands”!

We give a lot of personal stories, humor, and more practical tips in our book, 7 ESSENTIALS to Grow Your Marriage. We hope you will pick up a copy for yourself. (It’s available both electronically and in print form.) Plus, it can make a great gift for someone else. It gives you the opportunity to invest in their marriage. And who doesn’t need that? Just click on the linked title or the “Now Available” picture below to do so:

One response to “Marriage Taxes Those Who Enter Into It”