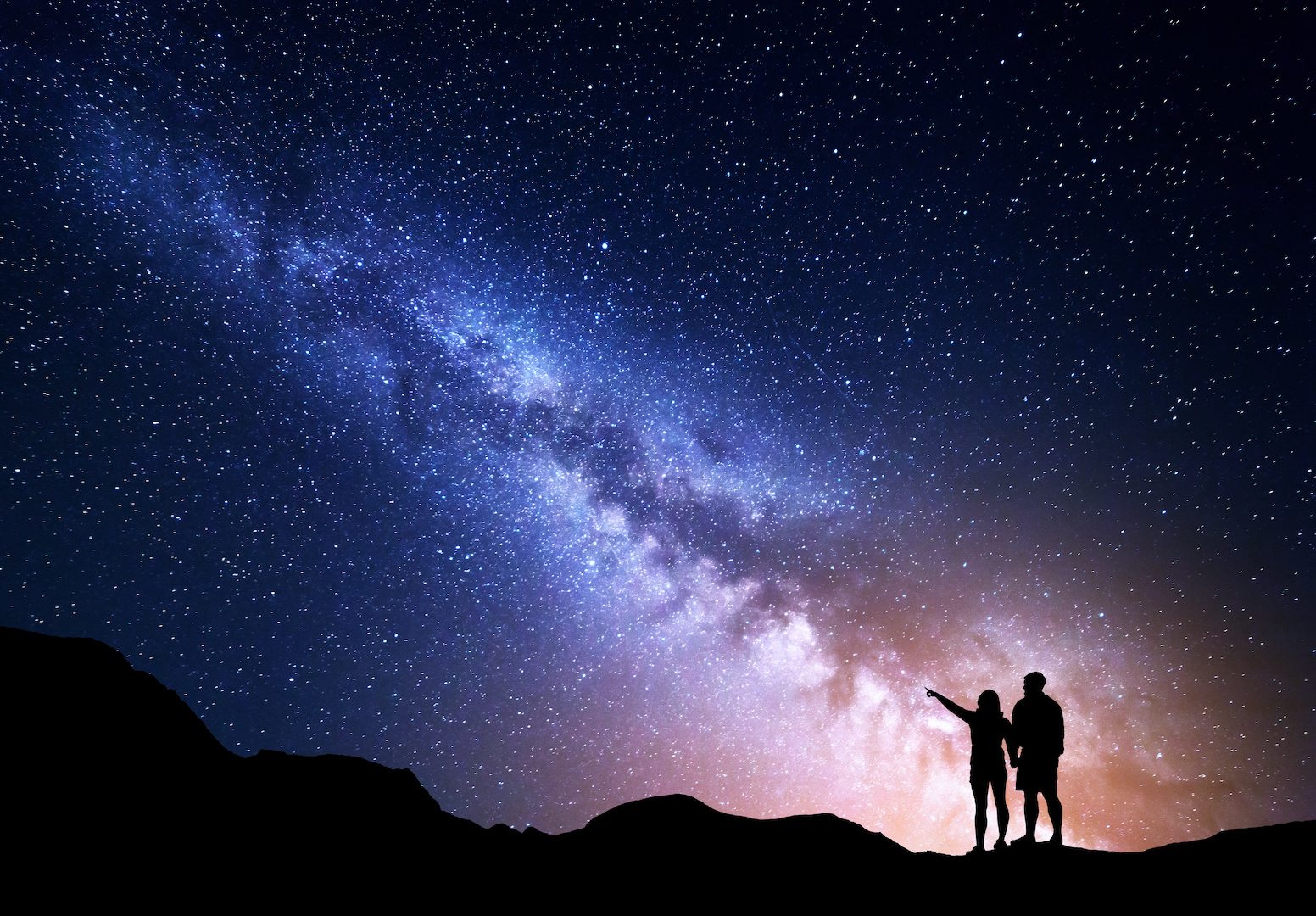 Are you reflecting the image and unity of God in your marriage? It’s important to remember something that Rev. Bill Versteeg points out: “Marriage is from God. It is God’s work; it is his doing.”

Have you ever thought of marriage in that way —that it is GOD’S work that He has done. It is a work He wants to do —both within as well as outside of your twosome. God created each of you in His image. And He has a plan for both of you as individuals and together, in community with each other when you join together in marriage.

“God said, ‘Let us make man in our image, in our likeness, and let them rule over the fish of the sea and the birds of the air, over the livestock, over all the air, and over all the creatures that move along the ground.’ So God created man in his own image, in the image of God he created him; male and female he created them.

“God blessed them and said to them, ‘Be fruitful and increase in number; fill the earth and subdue it. Rule over the fish of the sea and the birds of the air and over every living creature that moves on the ground.“ (Genesis 1:26-28).

Don and Sally Meredith, who wrote the article God’s Three Purposes for Marriage (posted on the web site Crosswalk.com) explain from these verses in the Bible that “Christian marriages are to reflect God’s image.”

Concerning marriage being formed in God’s image they wrote:

“Notice the emphasis on ‘image’ and likeness.’ God creates ‘them’ as a unit to reflect Him. It takes both a man and woman, in oneness, to truly reflect His image. When we criticize our spouse, or foster division and competition, we are actually reflecting the disunity of Satan [rather than the unity as in the Trinity] and dishonoring God. On the other hand, when we recognize our purpose is to reflect the image of God, we are convicted by the Holy Spirit when we don’t meet that standard to protect from hardening our hearts toward one another.”

Exploring further on what these scriptures tell us about reflecting the image of God within marriage, Pastor Roger Ridley explains:

That is something many have failed to see. God did not just create a man, He created both a man and a woman, specifically Adam and Eve. He created them as a unit. And together as husband and wife they were to reflect His image. By himself Adam could not fully do it.

Out of all creation, the only thing that God said was not good was Adam alone. Adam needed a helper, a completer, someone comparable to him, to make him complete. And as a result, he was to reflect God’s image. The message for us is obvious: When two people are brought together in marriage and display oneness, God’s image is reflected and He is glorified.

“That says that a right relationship with my mate is not optional, but instead essential. I remember not long after my wife and I were married I began to realize there were a lot of things different about us. I also understood that we needed to think as one and not two. If I am not one with my wife then I am not going to be able to reflect God’s image. So, one purpose of marriage is that as a man and a woman become one they will reflect God’s image.” (From the sermon, The Purpose of Oneness, Gretna Baptist Church, Pastor Roger Ridley)

We see this displayed throughout the scriptures where we see God the Father, God the Son —our Lord Jesus Christ, and God the Holy Spirit. They are three in One —working separately within the Godhead, and yet together as One.

You can especially see this woven together in the Bible in John 14, John 15, and John 17. God created us in His image to work together in marriage in the same way. We are two separate people and yet we are to be “one” in how we work together for God’s glory and purpose. In this way we reflect the image of God.

I’ve learned that part of my role as my husband’s “help-mate” is to discover the image of God within him — to help bring it to the surface (to the degree that I can) so that Steve will be complete in ways that he wouldn’t have been had we been apart. I see myself as God’s colleague in loving and helping my husband.  I believe that if I don’t look for ways to honor and love my husband “as unto the Lord,” I’m dishonoring the Lord and breaking the promises I made to Him on our wedding day.

I’m also tarnishing the testimony that God intends for our marriage to be. As author Charlie Shedd once said, “God wrapped His words around the relationship of marriage (as we can read throughout the Bible) to describe God’s love and relationship with the world.” God has placed upon those of us who are Believers and who are married, an awesome responsibility that we dare not take lightly. You and I are “ordained to participate” in reflecting God’s glory and love to a world that desperately needs Him.

In light of this, the question arises, “Are you reflecting the image and unity of God to those outside of your home and more importantly, to those within your home?” How we relate to our marriage partner communicates the Gospel with and without words (even if your spouse doesn’t reflect back). Your married lives are reflecting something to those around you, are they reflecting God’s values or that of the enemy of our faith?

If their picture of how a husband treats and interacts with his wife was based solely on the testimony they saw lived out in your life, what would that picture look like? What about you as a wife? Do your interactions reflect that you respect the image of God within your spouse (even if the image is deeply buried)? Or do you add to the tarnish?

If you think, “that never happens,” think again. If you have children, you’re modeling for them every day how a husband and wife relate. I can also tell you with certainty that when you go out in public, people are observing you.

Your influence is always active. The question is, when it comes to your marriage, is it a POSITIVE influence or a NEGATIVE one? Another way of putting it… whose image do others see within you? Do you bear the image of God in everything you do and all you present? And even if people are fooled, God isn’t. And isn’t He supposed to be the most important one to please? Think and pray about it.

Let’s pray for each other and work on our marriages so they reflect GOD’S image.

Here is another article that we encourage you to read that gives further insights on this issue:

• LIVING GOD’S LOVE WITH ONE ANOTHER