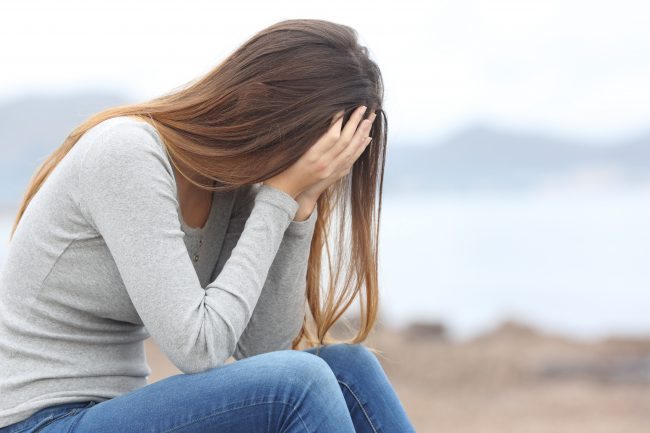 Perhaps the most difficult act of forgiving and the most critical one for the abuse survivor is leaning to forgive herself. She must learn self-forgiveness with the same determination with which she forgives those who brought her pain.

A whole jury of self-accusations cries out against her:.“Why didn’t I say, ‘No!’? Why didn’t I accept the truth sooner? Perhaps I could have salvaged my marriage, raised my children better. What is wrong with me? How can anyone stand me? How can I stand myself?”

I talk with victims of child abuse who now carry not only the displaced guilt of the truly guilty perpetrator but also struggle with the weighty baggage of self-hate. I remind them that they are a lot like the little child who was introduced to a dope habit early in life. Some adult injected a small dose of heroin into the child’s vein. They continually increased the dosage until a dependency had been created.

Of course the child enjoyed the drug-induced high. He/she loved the effusive moments, and craved other injections. Of course, the child now has to deal with the effects of that addiction, and the insatiable need for more. There are also the days to stupor, the cycle of physical and emotional highs and lows, and the humiliating ugliness of withdrawal.

But the true guilt, and the error was on the part of that adult who stabbed the needle in the child’s skin and injected the first dose, then the next, then the next. The child is not responsible for that adult’s action.

Child sexual abuse is the same. You are struggling against the symptoms of withdrawal, from an act (or acts) perpetrated against you of which you were innocent. There is a confusing welter of causes and consequences. But you were not guilty in that first act. This realization can become a foundation on which you can lay the other bricks of self-forgiveness.

Begin by saying aloud the words, “I forgive myself.” Forgive yourself for the moments that were not your responsibility but for which you have held yourself in judgment. Deal in confession with those actions which are your responsibility: your hatred, resentment, and bitterness; your sinful lifestyle; your vindictive “taking it out” on the people around you.

The release this kind of forgiveness provides is indescribable to those who have never experienced it; it is like laying down the ten-pound load of pain strapped to your chest which you have carried to bed, through each day, to work, into all your relationships. You put it down —truly lay it aside when you forgive yourself. Then you can rejoin the dance of life.

On this web site we have several articles including The Journey on Forgiving Yourself. We pray they will minister to those of you who have been hurt in this horrible way. We hope you’ll read what we’ve made available to help you. Holding onto unforgiveness and bitterness will only victimize you further.

This article comes from the book, Child Sexual Abuse: A Hope for Healing, by Maxine Hancock and Karen Burton Mains, published by Harold Shaw Publishers. Unfortunately, this book is no longer in print so you may find it difficult to locate it. But we want to thank the authors for putting together such a helpful book. We’re sure has ministered to thousands of people and through this article will continue to help those who suffer from the devastation that sexual abuse has caused in their lives.

Tagged: forgetting what is behind, forgiveness in marriage, forgiving yourself, healing past hurt, painful past experiences, resolving your pain, sexual abuse

One response to “Self-Forgiveness After Being Sexually Abused”