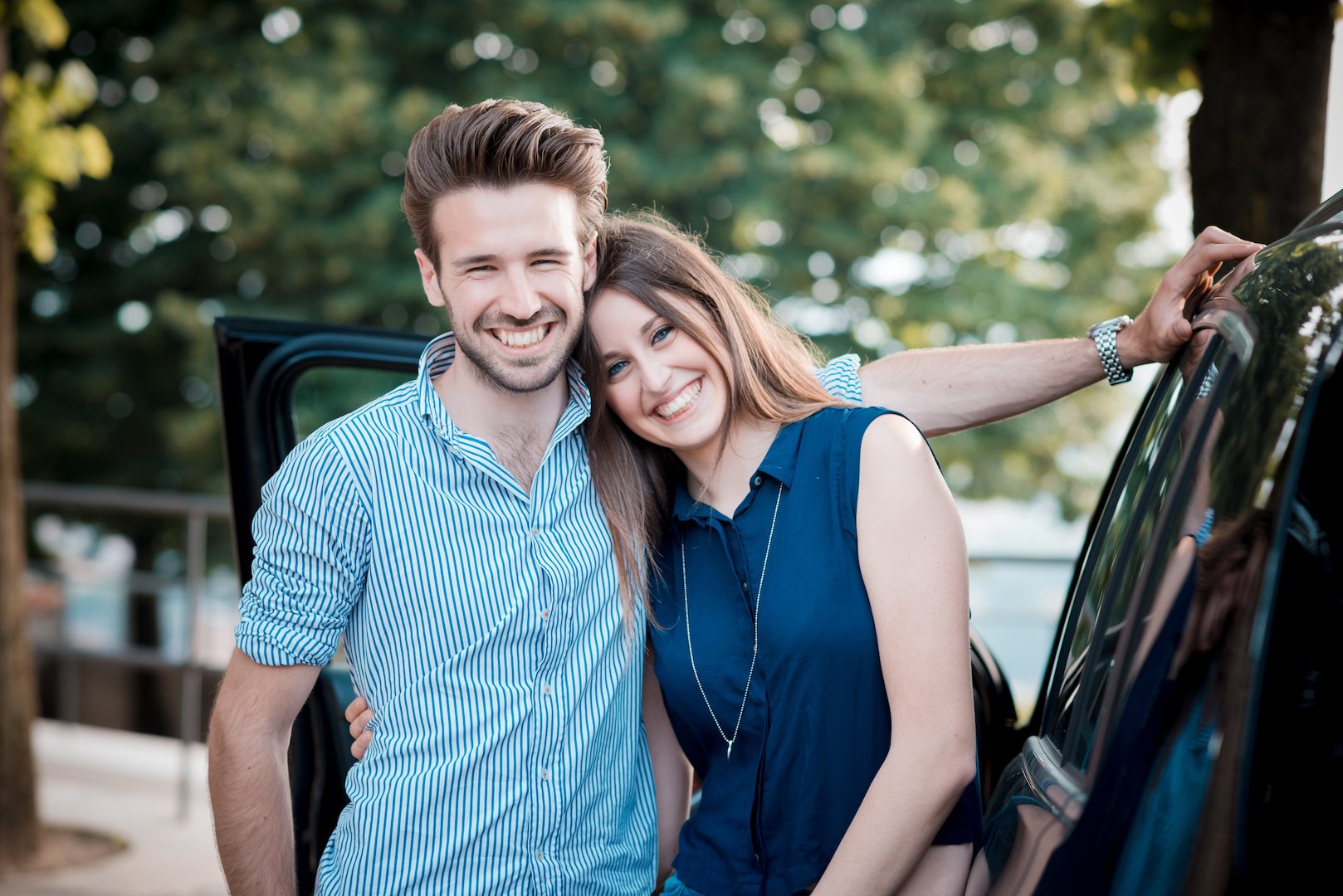 They say that once you drive a new car off the car dealership lot, it immediately starts to depreciate in value. Somehow, that doesn’t seem right. And what’s worse is that this same principle applies to the “depreciating value” of a spouse after the wedding day extravaganza is all over. After the wedding and then the reception “party” is over, each spouse most often changes how they view each other. It’s like the “shine” in the relationship wears off; and once that happens depreciation sets in.

Where once he or she was highly valued, honored and appreciated by the other spouse before the wedding (and faults overlooked), it can be a downhill slide from that “day forward.” Somehow, that doesn’t seem right either. And it isn’t!

We’re reminded of something we read in Gary Thomas’s book, Devotions for a Sacred Marriage. (It’s one of our favorite marriage books.) He wrote about the downhill slide of depreciating vs. appreciating our marital partner:

“When I come into town for ‘Sacred Marriage’ seminars, I often get taken out to dinner beforehand. The organizers sometimes invite an engaged couple to join us. I always like this, particularly if I feel tired from traveling, because I know I can ask one question of the engaged woman that will reward me with a good rest. I know this because she will likely take at least ten minutes to answer. The question is this, ‘Tell me about your future husband.’

“The bride-to-be’s eyes light up. She starts to gush with enthusiastic and unqualified praise. ‘Oh, I so appreciate this about him; and he’s so good at that. He’s so wonderfully thoughtful in this area; and in that area he’s absolutely the best…’

“Then, later in the weekend, I’ll be with a group of wives and say, ‘Tell me about your husbands.’ I still get a rest. But I don’t find it nearly as pleasant. The chorus goes like this: ‘He doesn’t do this. He never does that. He wouldn’t know how to spell ‘spiritual leader,’ much less act like one.’

“I go back to my hotel room and ask myself, ‘Where is the bridge that leads a woman to stop defining a man by what he is and start defining him by what he is not?’

“The sad answer, unfortunately, is marriage. All our hopes expectations, dreams, and ideals get poured into this real relationship. Because we marry a sinner, each day brings a new and often legitimate disappointment. Before long, we stop seeing what attracted us. Instead we become consumed by what disappoints us. Whereas before marriage our eyes filled with the glory of the person, we had chosen to spend our lives with, now our eyes get filled only with shortcomings.”

That is SO true! Steve and I have each been in that place at different times before. What has happened to us is a lot like what Gary and Carrie Oliver wrote:

Can you relate? It’s almost like an overnight transition. One day you appreciate all the other did. But the next day, you depreciate most of what he or she could ever do!

And yes, we understand that you never really know a person until you live with them day in and day out AFTER you marry. That’s true even if you lived together before marrying. Actually, contrary to what most people previously believed, researchers are finding that there is a higher divorce rate among couples that live together before marrying than those who didn’t. Also, those couples “have lower rates of marital satisfaction.” So, living together first isn’t the answer to higher marital satisfaction. It obviously doesn’t change the slide into depreciation.

It’s apparent that you can only go so long on the bio-chemical high, which “new love” pumps into you. Attitudes change after the “shine” of the relationship starts to wear off. As a result, grace isn’t given as freely.

We also realize that some couples don’t take marriage as seriously as they should. They don’t take the time to learn more about each other’s marital commitment. That’s a HUGE mistake!

Back to the car “depreciation” comparison. Recently, a friend purchased a car; they ended up with a big case of buyers-remorse. Though forewarned, this friend didn’t spend the time to look into the history of this car. He didn’t have it inspected before purchasing it. Instead, he got caught up in the emotionality of the moment. He judged it by how it looked and how it “seemed” to perform. (They call that impulse-buying.) And trust us, that impulse has turned into a nightmare as the repair bills keep mounting. The appreciation for this “great car” spiraled into depreciation almost immediately.

And so it can be for those who marry on impulse. Unfortunately, many do so. They forget that purchasing a car is a temporary deal. But marriage is supposed to last “for as long as we both shall live.”

Let this be a warning to you if you aren’t married yet. Don’t marry too quickly. You need to make sure you’re marrying someone who will be a good marriage partner—committed for life through all the ups and downs! And that takes time! It actually takes seasons of time!

This is ESPECIALLY true for those who are Christ-followers. Why go down the fast path? Christ is NOT impulsive when it comes to committing Himself to making promises. And we shouldn’t be either! Our “yes” should be “yes“; and our “no” should be “no.” Making a vow is definitely a “yes” commitment!

But even if you weren’t impulsive in marrying and did prayerfully and carefully commit to marrying your spouse, why allow yourself to get to the place where you focus more on weaknesses rather than on strengths? It causes more damage than anything else. What makes any of us think that by depreciating and picking away at our spouse, it will inspire him or her to change for the better in some way? How does that work for you? It doesn’t. It pushes your spouse further away. Instead:

“Look for what you appreciate about your spouse. In doing so, you recalibrate your mindset. In a class we teach we have students take ten seconds to notice everything that’s green. Suddenly, they see green everywhere. Why? That’s all they were looking for. The same is true in marriage. When we invoke a positive mindset, we see many more things they do well, which brings appreciation and positivity.” (Drs Les & Leslie Parrott)

So, work on “recalibrating your mindset” AND your marriage relationship. Work on building upon a foundation of appreciating qualities you DO have in your spouse, rather than depreciating them for what they can’t be for you.

Pam Farrel gives an illustration of this principle in a Crosswalk.com article titled, Giving Grace to a Good Man:

“One day, a friend and I were comparing notes on the realities of being married to a hard-working guy. Her garage was packed with several antique cars all in various stages of repair. Meanwhile, the home Bill had built for our family still lacked floorboards and a few doors were missing molding. Our home needs just never felt as pressing as the crises and struggles of those in the church where we ministered.

“We both stopped mid-sentence and smiled. ‘But this inconvenience is a small price to pay for a marriage to a really great guy.’ Both our husbands are kind, compassionate, diligent leaders at church and in the community. They are terrific fathers, incredible lovers and providers. A few car parts or some undone household tasks were suddenly put in their proper perspective by the Spirit.”

And that’s true. It’s also true that our spouse may not be able to be all we want. He or she may have many social and character flaws, which presents many challenges.

But the reverse is true, as well. We probably aren’t all he or she wants in a spouse. Because we’re a sinner (just as our spouse is a sinner), we mess up a lot too. It’s just in different ways. However, we also want to be appreciated, rather than depreciated. (It’s “funny” how it works that way! But it’s none-the-less true.)

Here’s some advice that Pam Farrel gives on this issue to keep in mind:

“Hebrews 13:15 encourages us to ‘continually offer to God a sacrifice of praise.‘ We will be better off if we make it a lifestyle to thank God and our man (or woman) even when it includes a little sacrifice.”

So, starting today, ask God to help you appreciate rather than tear down and depreciate your spouse.

“Let us consider how to stir up one another to love and good works.” (Hebrews 20:24 ESV)

“Above all, keep loving one another earnestly, since love covers a multitude of sins. Show hospitality to one another without grumbling. As each has received a gift, use it to serve one another, as good stewards of God’s varied grace.” (1 Peter 4:8-9 ESV)

We hope and pray you will!