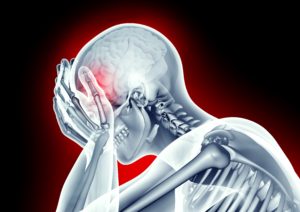 Who can imagine, when you walk down the aisle with the person you love and you speak the vow to promise to love him or her “for better or worse” that the worse would happen? The “worse” involves being married to a person who completely changes because of a brain injury. How do you do this when your spouse becomes a stranger to you and you to him or her? No one could anticipate this type of strain on your vows ahead of time. But it does happen. Sadly, you know this all too well.

First, I’d like to say how much my heart goes out to you. I pray added strength for you and insight as you learn to navigate this “new normal.”

I know I can say very little to take away your pain and confusion. But I’m hoping, as a ministry, that we can give you insights that can help in some way. To do this, I’d like to share four true stories with you of spouses who are dealing with after effects of a brain injury. They have learned firsthand what it is to start a marriage over after a brain injury. I pray they will inspire you in your marital journey.

Starting Over After a Brain Injury

This first article starts with an accident, and continues into the “what to do next” dilemma. When a brain injury challenges those who survive it, what can be done? Please glean through what Stan Ward has learned and passes onto you to read. Perhaps it will help you in your marital struggles after tragedy has crashed into your life:

• WHAT TO DO WHEN “FOR WORSE: MEANS MENTAL TRAUMA

This next article tells the testimony of Floyd and Diana Green (as written by David Boehi). It involves the traumatic struggles and victories they’ve encountered after a car struck them as they were riding their bicycles together.

Not only was the accident traumatic itself, it changed who Floyd was after he gained consciousness. His wife had to learn who her husband had become, and learn how to love him all over again.

This article is featured on the web site for the terrific ministry of Family Life Today. To read what the Green’s learned through their experiences, please click onto the link provided below:

This next testimony is written by Alix Kates Sulman, gives insight into how to care for a loved one who suffers a traumatic brain injury. As the article says, “An injury irrevocably altered their marriage —but not their love.” This is a very inspirational story. We pray it helps in some way as you read:

• CARING FOR A LOVED ONE

“Krickitt Carpenter didn’t remember the horrible car crash that would forever change her life. This included the 18 months of her life before that fateful evening on Thanksgiving in 1993. She also could not remember her husband Kimmer.”

To learn about their journey of love and commitment, in an article written by Bonne Stefen, please read:

I pray that God will minister to your needs and give you strength as you reach for help. May God help you as you figure out how to deal with this “new normal.” I pray for you and for your spouse.

“And this is my prayer: that your love may abound more and more in knowledge and depth of insight, so that you may be able to discern what is best and may be pure and blameless until the day of Christ, filled with the fruit of righteousness that comes through Jesus Christ —to the glory and praise of God.” (Philippians 1:9-11)

If you have additional tips to help others in this area of marriage, please “Join the Discussion” by adding your comments below.

Filed under: Mental and Physical Health

143 responses to “Starting Marriage Over After A Brain Injury”