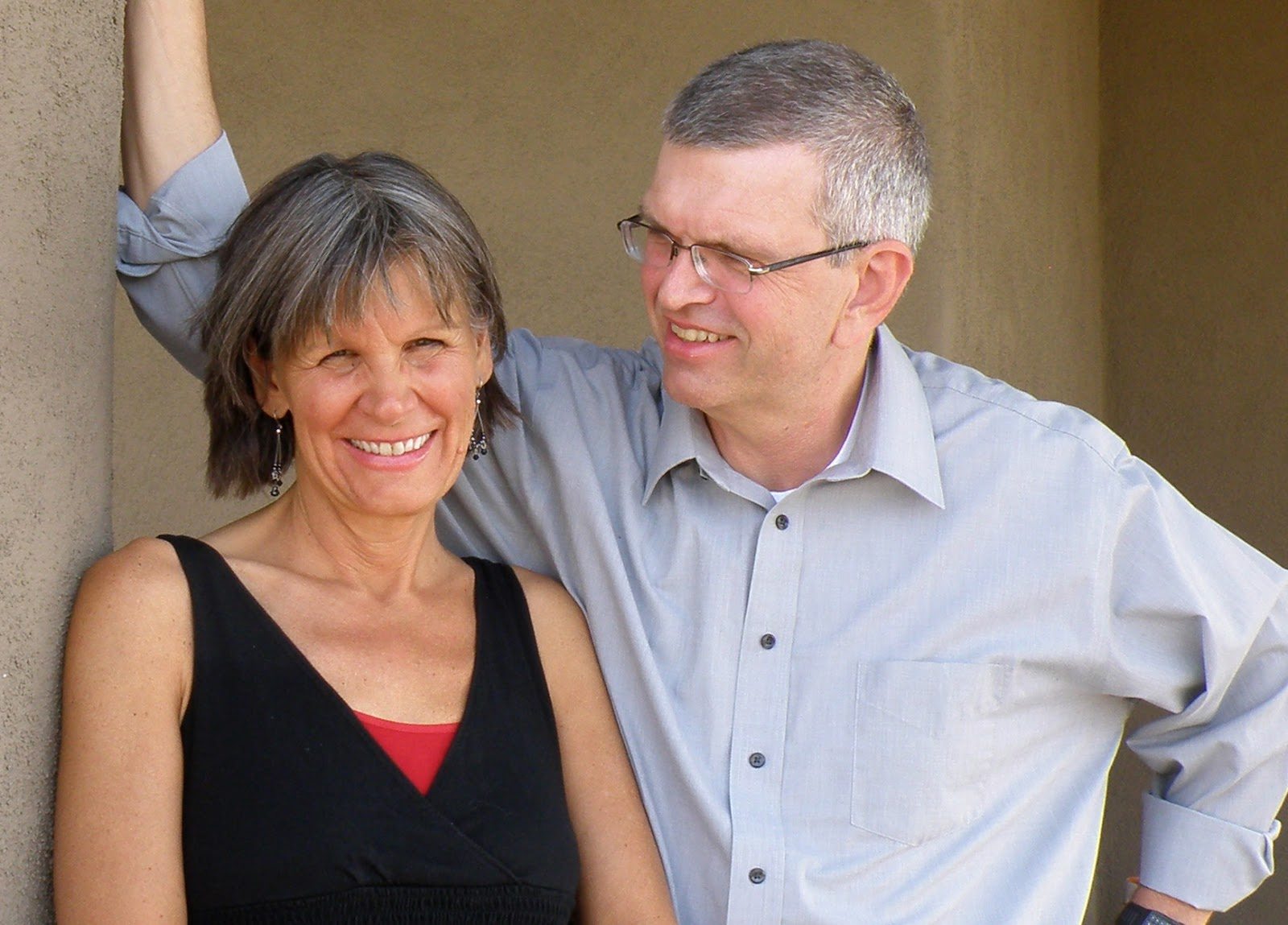 We have some dear friends, Chris and Andrea Fabry, who have been through quite an ordeal. It was a life-threatening ordeal. Their home was invaded by black mold. As a result, they and their whole family (of 9 “kids”) were pushed into a health crisis. It was an ordeal that led Chris to think at times that his wife was crazy.

It has been an amazing journey to witness Chris and Andrea and the whole family, step-by-step, pull together to learn how to find a “new normal.” All of this is happening despite all of the physical problems they have encountered. They still have to fight, to this day, against the damage that was done. It hasn’t been easy, and still isn’t, even to this day. But they have learned to persevere through it all.

Steve and I SO admire the way they have approached this (mostly) as a team.

Chris will tell you that at first he was quite resistant to believing that the mold was causing the huge health problems they were encountering. But eventually, he learned to trust his wife Andrea’s instincts on this and together, as a team, they are an inspiration to all of us who know them.

I’m going to let Chris tell you below some of what he has learned and some of the lessons we can take away from it.

She’s crazy. She’s out of her mind with this mold thing. That’s what I thought.

I thought my wife had gone off the deep end. Cyberchondria. She had found something on the Internet that fit with some symptoms and now she was suggesting radical treatment of the house and the children.

My first response was, “Wait, wait, hold on. Let’s not jump off some cliff because there might be a problem. Let’s move methodically. Slowly.”

What I was really saying was, “Let’s spend as little money as we can on this until you come to your senses.”

Lets Not Go the Crazy Route

My first inclination, the place I went when she brought up a problem with the house, was to PROVISION. I had worked hard for a lot of years to provide a nice home and a somewhat comfortable life. To spend money on mold, something we couldn’t even see, made no sense.

She saw each of our nine children falling like little soldiers. One had an eye disorder, another an inner ear problem, another constant throat and lung irritation, another a seizure disorder. The list went on and the list of doctors grew longer. Our pets were exhibiting problems.

This is just life, I told her. They’re going to outgrow this. Just hang in there with them. Things will get better.

But they didn’t. The kids got worse.

Leaving It Behind Us

In October 2008, my wife called while I was waiting for a flight home from Chicago. “I think we have to leave the house,” she said.

“Listen,” I said, trying to come up with some loving alternative to what was swirling in my gut. “We’ll do whatever we need to do. Just wait till I get there.”

That was the longest flight of my life, but it gave me a chance to think through the issues. If she is wrong about this, if she is deluded, crazy, or insane, I have much bigger problems than a house. But I’m committed to this woman no matter what. We’ll get through this.

And then I allowed another thought to subtly slip through my mind.

What if she’s right?

I hadn’t even considered this because my mind had gone to the COST of the house. But if she was right, the cost would be my children and their long-term health.

Which do I care more about, my house and possessions or my children?

My children, of course! But then the other side of my brain kicked in—the provider. It makes no sense to flush everything we’ve done in the last eight years. And then I thought of all the furniture, new carpet, new appliances, yard work —my office! What about my office!? We put in a basketball court in the back yard. No, this can’t be the way to go.

But what if … what if by some small, infinitesimal chance, we bought the one house that is infested with something we can’t see that is slowly killing us? And what if the only way to free ourselves from further damage is to leave the house and everything in it?

The toxicologist and the doctor advising my wife, after hearing of the children’s illnesses, told her to treat the house “like it was on fire.” Run. Don’t go back. Don’t take anything with you.

But what about provision? Where do we go? What do we do? How do we pay for all of this, the testing, the possible remediation? Will the insurance company come through for us? What about a lawsuit?

This is all a bad dream. This is not happening to me. I’ve done everything I can to provide a safe place to live, a good life, and now it’s being ripped away. She’s crazy. That’s it—she’s just crazy and soon she’ll come to her senses.

Or maybe I’ll come to mine.

If I could get out of victim mentality and stop making it about my wife, the doctors, the insurance companies, the remediators—if I can get past those issues to the heart of the matter, my deepest desire as a husband and father is to provide safety for my family.

If the house were on fire, I would run from room to room and carry my children outside. And if they wanted to stay in the room or run back for their computers, I would continue to carry them to safety.

The most important thing in this equation is not the house, not our possessions, and not how much money we have in the bank. It’s not what my wife feels or I feel. It’s not what the insurance companies say or the lawyers say about the good chance we have for a lawsuit. None of that is paramount.

Sorting Out What’s Most Important

The most important thing is LIFE. Our lives. My children. My wife. Me. It’s why I’ve worked so hard to provide—to give them life. And if the place where we’re living is taking that life from us, it only makes sense to leave.

So on October 4, when I drove from the Denver airport, I put my suitcase with my new suit in the garage, changed clothes, and we walked out and closed the door behind us.

Not Crazy; It Was True

For us, the story did not turn out to be fiction. The house was killing us. And it’s been a long road to health since then. But here’s what I tell any husband who calls me to complain about his crazy wife:

Your wife’s heart is toward the children, toward life. Believe in her. You don’t have to believe the mold is killing you. You can prove her wrong. But believe in her when she tells you it’s time to vacate. And do it.

If she’s wrong, you can both laugh at the inconvenience and the extra money spent. If she’s right, it will be hard to forgive yourself for staying and putting your family at risk. Choose life. Choose people over things.

This blog is written by Cindy Wright with Chris and Andrea Fabry. The Fabry journey, and how to live a more “natural” lifestyle, which has helped them in their recovery, and can help us in our everyday lives, as well, has been written about in their web site It Takes Time. I believe you’ll love what you can learn.

One response to “He Thought His Wife Was Crazy”