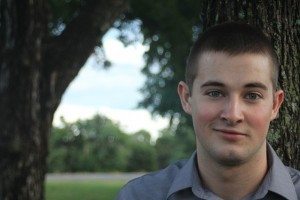 Many teens are good at manipulating their divorced or separated parents to their own advantage, according to a Ball State University study.

“There is a perception that after a divorce or separation parents are active and children passive in their relationships. We found the opposite to be true. Adolescents are not passive,” study author and sociology professor Chad Menning said in a prepared statement.

“Adolescents after divorce or separation do no simply absorb parental resources as sponges absorb water. Rather, they gather and interpret information about their parents, and dodge questions. They also engineer images of themselves, and parry parents’ probes. Additionally, they maneuver between households, and cut ties with parents in efforts to exert their own authority and to secure their individual identities,” Menning said.

The researchers interviewed 50 teens whose parents were separated or divorced.

They discovered strategies that include:

A. Withholding information from one parent to avoid punishment or to solidify a relationship with another parent.

Children can gain an upper hand by controlling information flow. This can happen because, following a separation or divorce, there is often reduced communication between parents.

B. Moving from one home to another.

Children often move into the home of the parent who is less controlling. They do this to punish the other parent or to escape a situation they don’t like.

C. Cutting one parent completely out of the teen’s life.

This allows the child to control when and where they have contact with that parent.

“None of these options would be open to a child in a single household with two parents,” Menning said. “Parents talk and form a team to raise a child. Separate the two parents and the child can use the situation to play one off the other.”

This article was originally titled, “You’re Divorcing: Do You Know Where Your Teen Is?” It was published June 23, 2004 in the HealthDayNews.

Here are two articles that you may furthermore find helpful in parenting after divorce:

You may wonder why we would put the above articles on a web site devoted to marriage. The reason is because we want to give married couples as much information as possible. It is important that they interact with each other as a team. When you have a child that is causing problems in your marital teamwork, you need to deal with it.

When you remarry, the children of your past marriage often try to put a wedge between you. They usually want their mom’s and dad’s to be together again (although peacefully, this time). That’s only natural, of course. Their hearts, homes, and dreams have been broken. As children, they act out in ways that are “immature” and aren’t always in everyone’s best interests, including their own.

That’s why it’s important to be aware of problems that come from the dissolution of your first marriage, where children are involved.

Be on The Alert

Your awareness will help you to “be on the alert” as the Bible talks about. The enemy of our faith is trying to work through every means he can (including our children) to put a wedge between our having healthy family relationships.

As your new family is forming you will need to be aware of divisiveness that you may very well encounter. Ask the Lord to help you to work as a team in your current marriage. Resolve that you will not to be divided in your resolve to be loving, responsible care-takers of the children God has entrusted to your care. And also ask the Lord to help you not to allow your children to pit you against their other parent.

The circumstances that divided you in your past marriage does not mean that you shouldn’t work to parent your children as allies, rather than enemies. They need for you to be united in giving them love. They need for you to give the grace of forgiveness in not treating each other with hostility. There’s nothing in the Bible that condones disrespectful, unloving behavior. As a result, we must work to stop these types of actions

You will need to set up boundaries with each other for the sake of your present marital relationship. But you still need to treat each other respectfully for the children’s sake and for the gospel of Jesus Christ. We pray this above article helps you to treat the situation with the wisdom God will give you as you ask for it.