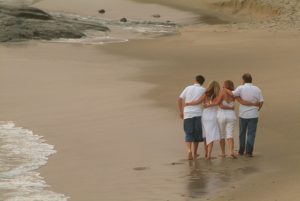 When you think of mentoring another couple your first thought could be whether or not you could do it. After all, you don’t have a “perfect” marriage. But who does? And then you may consider the effect it would have on the couple who are being mentored. But what you don’t realizes is the positive boomerang effect it can have on your own marriage. That is certainly what we’ve found.

We’ve personally thought of how very many mistakes we might not have made and how having another couple walk along-side of us during our first years of marriage, could have helped buffer the damage that was done when we made stupid naive mistakes. The encouragement and knowledge that someone was praying for us would also have helped so much! That’s what has excited us about investing in other couple’s lives to mentor them.

We’ve had the privilege of mentoring a number of couples through the years (and are). It’s been a great experience. It’s difficult sometimes when the problems are troublesome. But all-in-all, it’s worth every effort we’ve put into it. The benefits have far outweighed the difficulties.

But what we didn’t realize is that mentoring another couple not only helps the mentors, but it also benefits us who mentor. This can be referred to as a “Boomerang Effect.” You set out to help another marriage and in the process your own marriage is also strengthened.

You don’t DO it for that reason, but it’s a great side benefit.

The Boomerang Effect of Mentoring

Here’s something that Drs Les and Leslie Parrott say about mentoring the “boomerang effect” it can have on the mentor’s marriage.

“It turns out, something wonderful happens when a more mature couple reaches out to a new couple. By helping another couple form and live out their dreams, one’s own dreams for marriage are reawakened and fulfilled.

“Once you take the time to listen to a questioning couple, your own ‘answers’ become clearer. You will also be refreshed by this relationship. Almost by osmosis, the vim and vigor for marriage that a new couple enjoys will begin to rub off on you. Simply being around their energetic spirits will revive and rejuvenate your marriage. There is also an overwhelming sense of having done good. It’s rewarding to see a new couple build a love that will last a lifetime.”

In an article they wrote, they also talked about their own experience in mentoring.

“We’d been married less than a year, total beginners, when Dennis and Lucy Guernsey, a married couple for decades, invited us to their home. We’d recently moved to Los Angeles from Chicago to start graduate school. They must have seen the uncertainty in our eyes as we were trying to navigate the uncharted waters of our new marriage. Actually, we learned later that Dennis and Lucy mentored plenty of new couples before we came along. And we couldn’t have been more grateful.

“…In one of our last mentor meetings with Dennis and Lucy, before Dennis’s illness took over, we told them how deeply we appreciated their investment in us. ‘Oh, you kids have no idea what we get out of doing this,’ Dennis said. ‘We get more out of this than you’ll ever know.’

“Maybe he’s right. But one thing is certain: we’d be foolish not to learn from the experience of a wise couple.” (From their article, Are You Marriage Mentoring Material)

And we’ve found that to be true on several levels. Learning from those who are more experienced can be so very helpful. It’s also wise to do so.

We’re told in the scriptures:

“He who walks with wise men will be wise, but the companion of fools will suffer harm.” (Proverbs 13:20)

“He who gets wisdom loves his own soul. He who cherishes understanding prospers.” (Proverbs 19:8)

“Listen to counsel and accept discipline, that you may be wise the rest of your days.” (Proverbs 19:20)

We’ve seen that it’s difficult to mentor a couple if your own marriage isn’t healthy. It doesn’t have to be perfect, but it does need to be leaning towards a healthy direction. And because you know you are helping another couple, you have a tendency to be all the more pro-active in improving and working on the health of your own marriage. Thus, you experience the boomerang effect. You set out to help others, and in the journey, your own marriage improves.

But it’s important to know that God is calling you to help other marriages by mentoring them. Here’s what Dr Les Parrott says this about Marriage Mentoring:

“Let me say at the outset that not everybody is cut out to be a marriage mentor. For example, some couples might want to be mentors for the wrong reason—to salvage what little marriage they have left. Or one spouse might be really motivated, but the other mate isn’t. That’s not going to work. It has to be a team effort.”

But if you can reach out from the healthiness of your own marriage and do it as a team, you will find so many benefits to mentoring. In fact, you will be very pleasantly surprised! It will help others, but the boomerang effect is that it also strengthens and enriches your marriage.

Here’s a great video that talks about this effect of mentoring on both couples —those who are being mentored and those that are mentoring:

So, are you ready to consider mentoring another couple? I’m sure you have a lot of questions. Please read the following article. It can clear up a lot of misconceptions. And then after reading it prayerfully consider if God is calling you to this impactful mission:

• Are You Ready to Be a Mentoring Couple?

One response to “The Boomerang Effect Of Mentoring Other Couples”