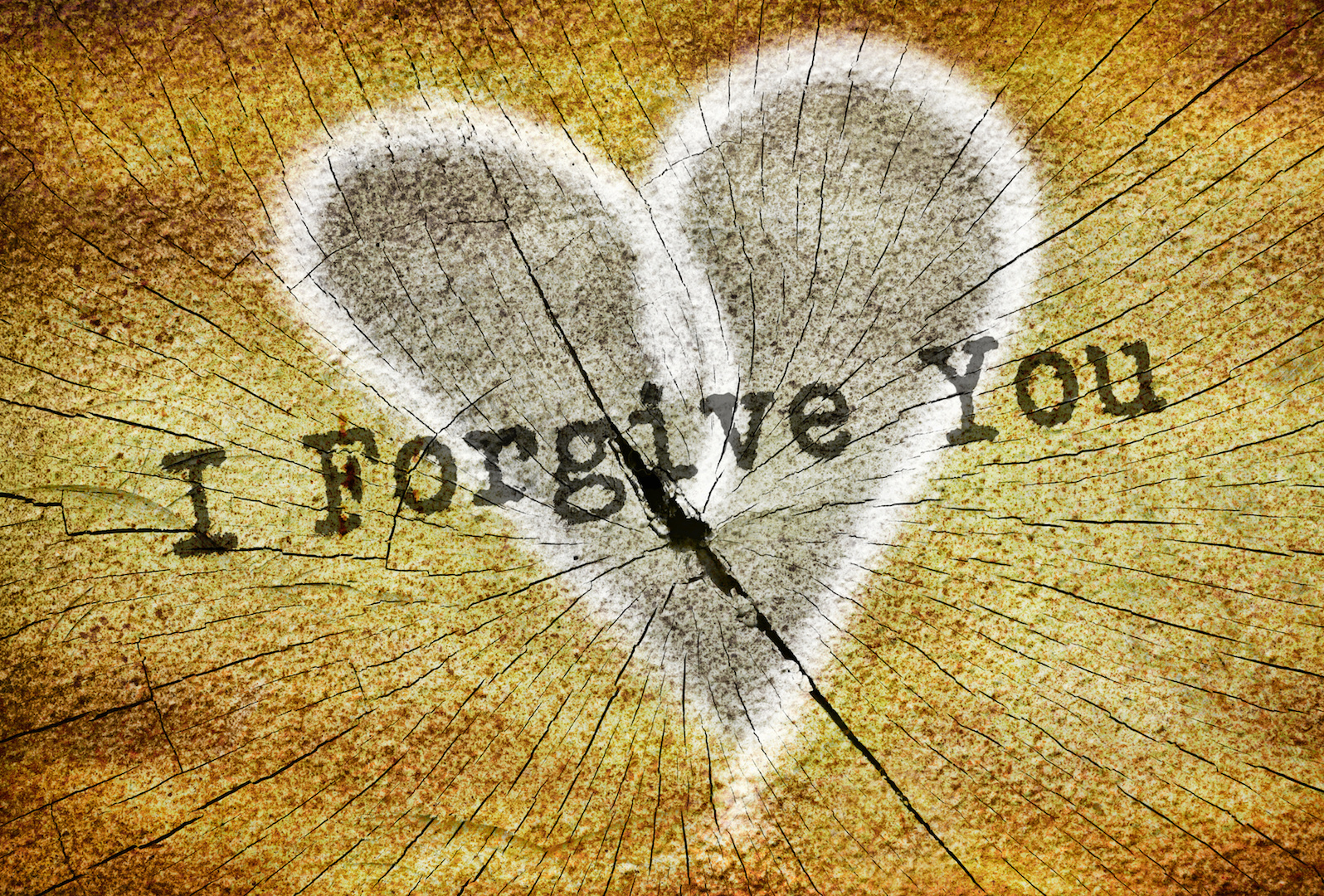 A few weeks ago, we were talking with a good friend who made a comment that really got us thinking. He said he could not forgive a particular person because that person had not asked him for forgiveness. Are we held back from forgiveness in this way? What are the rules about forgiveness? And who exactly are we supposed to forgive? This made for some lively discussion in the car on the way home.

Out of that discussion grew an intense desire to find out all we could about forgiveness. We figured if we struggled over the issues of forgiveness, others must as well.

Starting with the basics: what does forgiveness mean?

We found that forgiveness has two faces. First, it means “to cancel a debt, to pardon or remit guilt.” That is what we had always thought it meant. But there is a second definition of forgiveness —to relinquish resentment against the debtor. This is harder to understand. We can cancel a debt, but how do we cancel a feeling?

Did you know the Bible does not define forgiveness? But it certainly gives us a model —God Himself. God cancels the debt and pardons those who confess and repent. 1 John 1:9 states this plainly,

If we confess our sins, he is faithful and just and will forgive us our sins and purify us from all unrighteousness.

He is patient with you, not wanting anyone to perish, but everyone to come to repentance.

Throughout Scripture it is clear that if we repent, God cancels our debt and pardons us; if we do not repent, He does not pardon. His righteousness demands repentance and cleansing before restoration. So God does not always forgive according to the first definition of forgiveness. He forgives only those who repent.

But what about the second definition —the part about relinquishing resentment? God always forgives in this way. He never holds resentment or bitterness against anyone, whether they repent or not. Some take Jesus’ words from the cross, Father, forgive them, for they do not know what they are doing (Luke 23:34), as a blanket kind of forgiveness for all people.

But the forgiveness the Father extended to those mocking and jeering beneath the cross could not have been pardon for their sin in crucifying Jesus.That’s because later in Acts 3 they are still held accountable. YOU handed him over to be killed (verse 13). YOU disowned the Holy and Righteous One (verse 14).

As Jesus, suffering incredibly, looked down upon His tormentors, He refused to hold resentment against them. Can you picture the Father watching these same people crying out for His Son’s blood? Yet He held no bitterness toward them. Can you imagine that kind of forgiveness?

What do these two faces of forgiveness mean to us in our struggle to forgive?

To read the rest of this article (which we HIGHLY recommend) click onto the Marriages.net link below:

• THE FACES OF FORGIVENESS

Another article that might help you in this journey was written by Gary Thomas. Please click onto the link below to read:

• GIVING UP THE GRUDGE

“It is up to you to do everything within your power to see that hardness does not find a way to move into your heart, because bad things are sure to happen if you don’t.

‘Happy is the man who is always reverent, but he who hardens his heart will fall into calamity‘ (Proverbs 28:14).

“When you harden your heart, you have hardened it toward God as well. This is dangerous ground to be standing on.

“Don’t trust your heart, because it can grow hard over something you believe is completely justified.

‘He who trusts in his own heart is a fool, but whoever walks wisely will be delivered‘ (Proverbs 28:26).

“God sees hardness of heart as never being justified. That’s because when you receive the Lord, He sends the Holy Spirit to live in your heart and soften it.

‘Then I will give them one heart, and I will put a new spirit within them, and take the stony heart out of their flesh, and give them a heart of flesh‘” (Ezekiel 11:19). (Stormy Omartian, from Praying Through the Deeper Issues of Marriage)

This article was compiled by Cindy Wright of Marriage Missions International.

Tagged: forgiveness in marriage, when to forgive

4 responses to “The Faces Of Forgiveness”