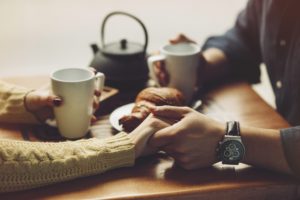 “Most people who are happily married have learned a great deal about when NOT to say things. They know that often WHEN something is said is every bit as important as WHAT is said. It’s the timing that makes a positive difference.” (Margaret Davidson Campolo)

That unfortunately, is what Steve and I learned the hard way. It took years of saying things at the wrong time, in the wrong way, and then being frustrated with each other, before we finally realized that it’s not only WHAT you say that is important, but WHEN, and HOW you say it. And sometimes, it’s a matter of IF you should say it.

Just because certain thoughts enter into your mind, it doesn’t mean that you should immediately, if ever, voice them out loud. Sometimes thoughts can come in like junk mail. They should be immediately thrown away. And other times those thoughts need to be dealt with in the right time in the right way.

The Right Setting is Important.

The Bible says in Proverbs 25:11,“A word aptly spoken is like apples of gold in settings of silver.“ In other words, when something is said in the right setting, it can be a beautiful thing. Even a rebuke spoken by someone who is wise in how and when they say it, can be like an “earring of gold or an ornament of fine gold“ to one who is properly prepared to hear it, according to verse 12. It also says in Proverbs 15:23, “A man finds joy in giving an apt reply, and how good is a timely word!“

On that same point, read further what Margaret Campolo wrote in the book, Husbands and Wives. See if it speaks to your situation:

“During our years as young parents, Tony had to learn that when he came home to find me exhausted and overwhelmed, that this was not the time to share his insights about how I might better organize my schedule. However wise and well-meant his words at such times, my weary mind could hear only criticism. And my response would be to become defensive and angry. But if Tony occasionally guilty of bad timing, I raised it to a fine art form in our early years together.

“‘You should have allowed more time,’ I would say as the hour for the meeting came and went while we searched for a church in an unfamiliar town. ‘I want to plan our schedule for next month,’ would be my greeting as he collapsed into a chair at 11 P.M. following a hard day’s work. ‘How about if we have some friends over for dinner this Saturday?’ I would call after him as he hurried out the door. Such statements brought angry or irritable responses from him. And they usually quick tears from me.

“What I had said always seemed so reasonable. It took me much longer than it should have to realize that my problem was timing. And timing is a problem with which I struggle, because I am the kind of person who likes to take care of things right when I think of them. And this, like most traits, has a negative side as well as a positive one.

“For Tony and me, a special area of concern is the demands other people make on our time. This is a place where I am often guilty of bad timing. When people give me messages for Tony, I tend to err in the direction of trying to get them what they want. I do this even though my first duty should be to consider how my husband feels. Is he tired or overloaded with details? Is this a time when he has chosen to rest rather than to work? Sometimes when I realize how bad my timing has been, I wonder how I could have been so insensitive. But I am improving!

“Working on a marriage for a long time does teach you some things about timing. You learn to ask yourself, ‘When would be a good time to talk about this?’ Or, better yet, you learn to ask your spouse that same question. And you learn that sometimes it is a matter of waiting for and recognizing the right time before you say anything at all. (Queen Esther in the Bible is a good example of saying the right thing at the right time in a prayerful, careful way.)

“In every marriage there are things that are better never said. Into this category fall those statements that we utter only to make ourselves feel better, such as ‘I knew that would never work,’ or ‘My mother is so much easier to get along with than yours.’ Such words often seem to burn within us, to goad us into speaking them. That is the time to beware, to pray to the Lord for the strength to throw them away unspoken. Each time you do that, it makes the next victory easier.

“Sometimes a question, an idea or even a criticism OUGHT to be expressed, but the Lord knows you don’t have the right words to do it just yet. If you ask Him, He will help you to wait for the right time to say it in the best possible way.

“The Bible has much to say about the trouble into which our tongues can get us (James 3) and wisely counsels us that there is a time to keep silent as well as a time to speak (Ecclesiastes 3:7).” 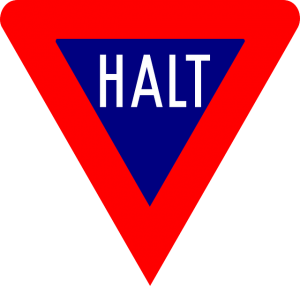 One communication tool that has helped to make our talks much more peaceable is to use the H.A.L.T. method. If either of you is Hungry …Angry …Lonely …or Tired …H.A.L.T. …and don’t say it yet! Ask the Lord to show you a better time and the best way to say it. H.A.L.T. times are troublesome. They can close off a partner from truly hearing what you are really trying to communicate.

So, the point is, to ask God to help you to discern when would be the best time. You may still get a negative reaction from you spouse. But there’s less of a chance of it if you pick a better time to make your approach. Your timing could make all the difference in bridging your differences and working together as the marital team God wants you to be.