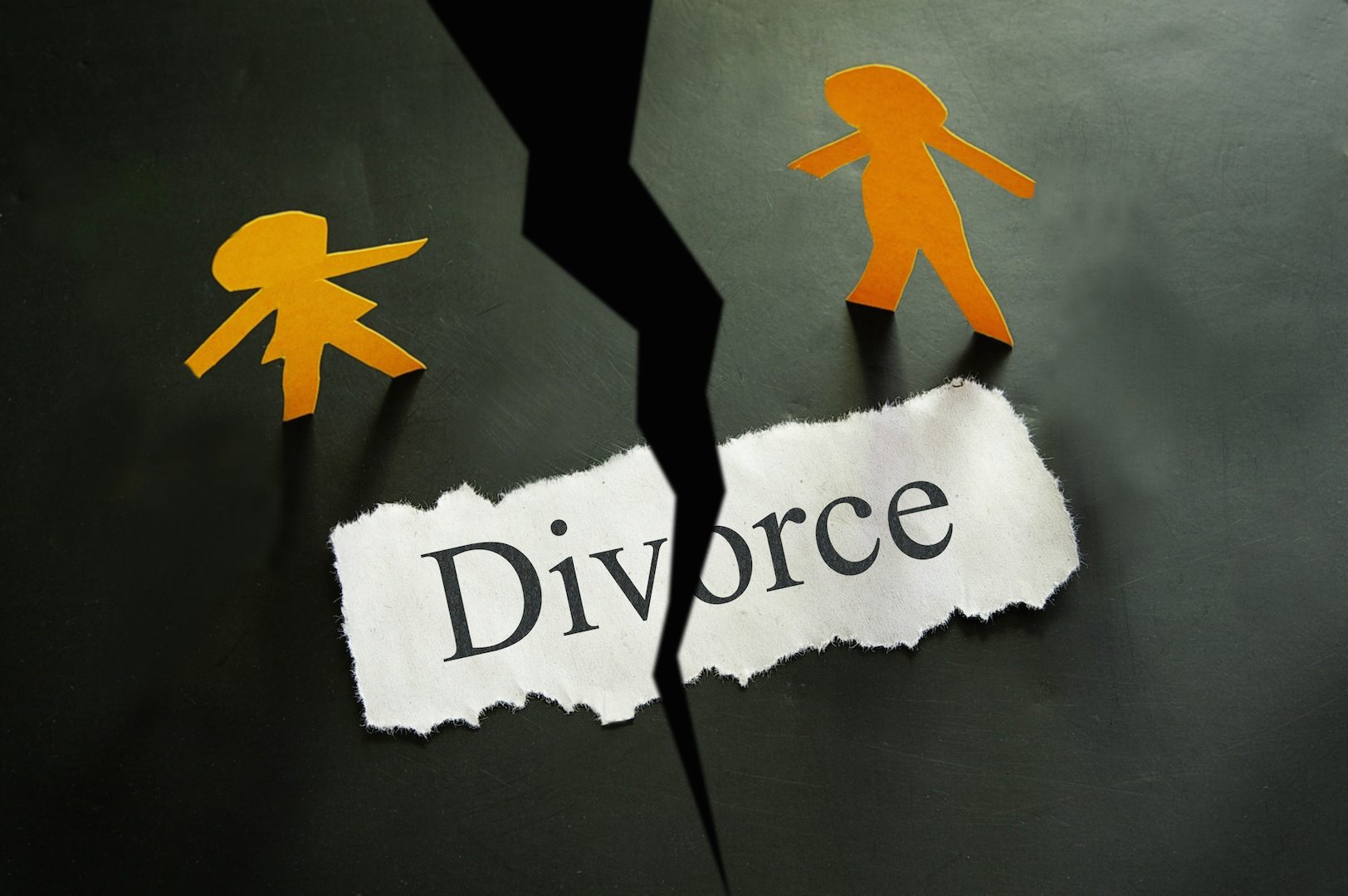 We may get criticized for this, but I need to say it. My husband Steve and I do not COUNSEL or encourage anyone to get a divorce. By this I mean, we do not feel it is our place when asked the question, “should I get a divorce” to tell them, yes. We feel that God has shown us that it is not our right to do so. That is a decision between them and God, not us and them.

Continually, we are presented with all kinds of marital problems that people confide to us. Some of these problems are quite serious. And often we are asked the question, “Should I divorce her (or him)?”

I feel I need to be truthful here… confessing my humanness. Sometimes I’m tempted to say (especially when it’s a heart-breaking situation), “Yes, this marriage will never work.” I’m tempted to say this because I can’t stand to think of these people living in such terrible situations. I want better for them and want it to end for them. So my “simple” answer would be to tell them to get out and stay out of that toxic marriage.

But I feel convicted in my heart to never advise them, to permanently sever their marriage vows. I might advise them to find a way to protect themselves and their children, and sometimes it may be that they need to flee a dangerous situation. They may even have to make the difficult decision to separate.

But ultimately, no matter how tempted I am, my answer is, “It is not up to me to advise you to get a divorce. That is something you need to prayerfully work through with God, and with your spouse.”

God’s Job, Not Ours

While I’m going into this subject, I need to tell you that if you write a comment on this web site advising someone to divorce, we will edit that part out (or delete the comment) entirely. We believe that the decision to divorce is to be handled between the husband and the wife and God. “What God has put together” we have no business in encouraging them to end. That’s a God thing, not an outsider’s “duty” to interfere. It is a covenant they made with God so they need to take the matter up with God. They need His wisdom on what should be done about their situation —not ours.

I’m sick and tired of hearing from spouses over and over again, “My friend(s)… family… counselor… pastor… my co-worker(s)… people I know… tell me that I should get a divorce and start over.” They usually include the statement, “They tell me I should cut my losses and move on.” That statement sends chills up and down my spine when I hear it (and they aren’t the good kind). Who do they think they are to encourage such a thing? God?

There’s no such thing as “cutting losses.” You carry those losses for the rest of your life and you add on different losses through the years. Many of them are ones you never realized you would have to carry. This is especially true when a child or children are involved. You are forever tied together in some way through this child.

The losses that you “cut” may be different, than the ones you would have carried otherwise. But there’s no such thing as a clean divorce, just as there’s no such thing such as a clean amputation. It doesn’t happen without a bloody mess being involved, and scarring afterward. Sometimes an amputation has to occur for different reasons. But it’s not without its share of messiness and complications.

The same is true of a divorce.

When you cut away from someone you cleaved to in marriage (see: Genesis 2:24 and Matthew 19:5), it’s not without horrific pain involved. It may not be as horrible as the pain you would have experienced if you hadn’t cut away, but it’s terrible, none-the-less. This is especially true because it concerns God’s original plan for your lives together as husband and wife. What God has “joined together,” human “advisors” should not encourage them to permanently split apart. They need to make that decision with God’s guidance, not ours.

Who do I think I am, and who does any other human being think he or she is, to invade that covenant bond? What gives us the right to tell one or both of these spouses to divorce? That is NOT our right to do so.

Human beings can be so shortsighted. We hate to suffer, and we hate to see others suffer. That is only logical. We want what appears to be the simpler or less painful route out of suffering, and we will often take it. We also will often advise others to take a “shorter and easier” route. Part of this is because we don’t want them to suffer. Another part of it is because we don’t want to feel uncomfortable as we watch them suffer. But that doesn’t mean that it’s the best way —it’s just the “best” way, according to what we can see.

But God’s ways are not our ways (see: Isaiah 55:8-9). He will many times let us suffer for the greater good. Sometimes it’s our greater good and sometimes it’s for the good of others in His Kingdom work. Other times it’s a combination of all the above.

I’ve come to realize the truth in what Paul Tripp wrote in his book, What Did You Expect?

There is something that Gary Thomas wrote in his book, Sacred Marriage

that goes along in this same line of thinking. He asks the questions,

“What if God didn’t design marriage to be ‘easier?’ What if God had an end in mind that went beyond our happiness, our comfort, and our desire to be infatuated and happy as if the world were a perfect place? Consider… what if God designed marriage to make us holy more than to make us happy?”

Not “happy?” That sure isn’t what we’re hearing in society today. Over and over again, we hear, “God wouldn’t want me to be unhappy,” “If I’m unhappy (or you’re unhappy) it can’t be part of God’s plan.” Sure, ultimately God wouldn’t want His children to be unhappy. But that plan was thrown to the wayside when the man and woman first sinned (and we keep sinning). We live in a fallen world. If you read the Bible, as the Holy Spirit leads, you will see that our “happiness” isn’t God’s first concern. Our relationship with Him and with others is His first concern.

We Aren’t “All Knowing”

As it pertains to divorce, as human beings we aren’t “all knowing” as God is. We don’t have all the information that is needed —present or future, to tell someone that they should end their marriage. Perhaps God is working in such a way that a marriage miracle will occur. Maybe in the grit of it all, eyes will open and hearts will respond and things will eventually change for the better. Many times this comes after they have been through the worst. It’s very possible. With God, all things are possible. We must not interfere in matters where we are so short-sighted.

On the other hand, perhaps one or both spouses will harden their hearts. It’s possible that they won’t cooperate in the redemption of their marriage —the resurrection of the dead in healing their marital relationship. Only God knows that. And He is perfectly capable, without any advisor’s pushing, to let the questioning spouse know this.

As it is written in the Bible several times, “What God has put together, let no man separate.” And that means encouraging divorce —a permanent severing of the marriage. If someone decides after seeking God on this matter, that he or she will divorce, that is his or her decision along with God’s. That is how it should be handled.

Do We Reject Those that Divorce?

Does that mean that we shame, blame, or shun those who divorce? No… absolutely not! It is our deep conviction that we are not supposed to contribute to the pain of the situation. That’s especially true because many of those who are divorced tried in every way to save their marriages. They never wanted to be divorced. But despite their wants, efforts and desires, it happened. Why would we add to that pain? God has never told us to do so.

As for our role in all of this… we believe we are to (and we do) love those who are divorced with the grace of God. We are not any better than any one else. We all look to God to give us grace. It is not our belief that God has given us the right to “cast the first stone.” Getting a divorce is not an “unpardonable sin.” And besides, we confess that we are sinners saved by grace —no better than anyone else. For this reason, and because of God’s leading, we don’t reject, or condemn those that divorce. That is not our place, nor our God-given mission. And yet, we stand strong in the belief that we aren’t supposed to be a part of encouraging anyone to divorce. Again, this is a matter between them and God.

One last time I’ll say it, “What God has put together, let no man separate.” That pertains to any one of us who gets in the middle of anyone’s marriage situation and encourages divorce. That’s my/our opinion and we’re sticking to it –not out of stubbornness, but because it’s our personal conviction. We have done A LOT of praying about this issue. Steve and I have felt the need to tell you this so that you know where we/I stand on this issue. It’s also the same place that Marriage Missions stands on this matter.

13 responses to “We Don’t COUNSEL Anyone to Divorce”