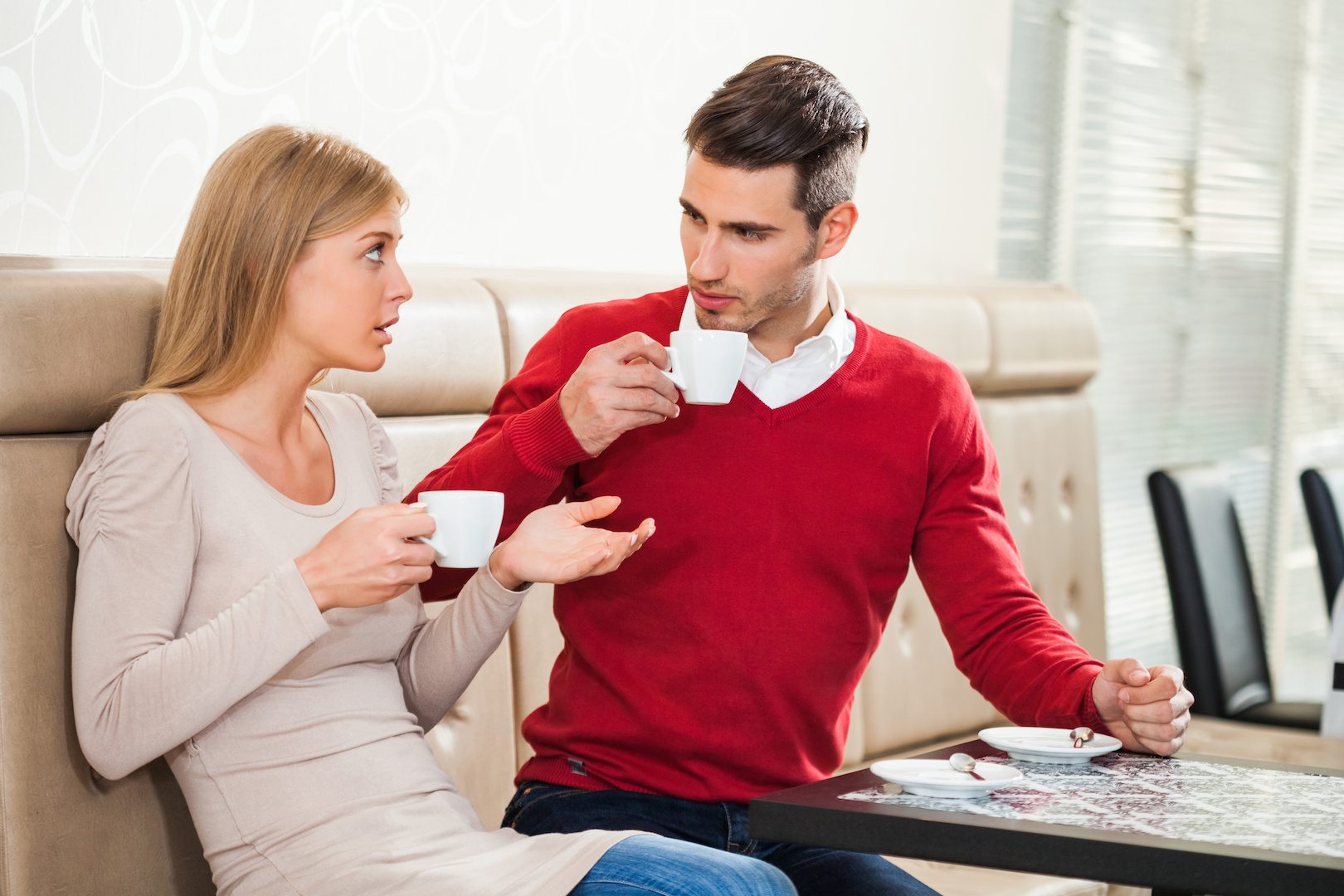 Are you an amplifier or a condenser when it comes to your style of communicating? You probably never thought of using that terminology for how you talk to someone.

In communicating, it’s simply this: a person who is an amplifier is “someone who communicates by sharing what they have to say in great volumes of details”, according to author and psychologist Dr Norman Wright.

Someone whose style of communicating is that of being a condenser is one “who is most comfortable sharing little more than what is absolutely necessary.” Little is much in their eyes as far as how many words they use to communicate.

Dr Wright goes on to say:

“Amplifiers give a number of descriptive sentences as they talk, while condensers give one or two sentences. In approximately 70 percent of marriage, the man is the condenser and the woman is the amplifier.”

“Neither is a negative trait, Dr Wright points out —they’re just different as to the amount of words they use when talking and also different in what they’d prefer others to use when talking to them. Often, “the amplifier wishes his or her partner would share more, while the condenser wishes his or her partner would share less. It is only when each of you adapts to the style of your partner that real communication occurs.”

That’s a difficult thing to do —especially when we’re sure that our way of communicating is the preferable way. But just because we think our way is the best, it doesn’t mean it’s so! God created us all different, “male and female” and we need to work with our differences instead of trying to make everyone do things our way.

Stretching yourself to compromise somewhere in between each of your styles of communicating, when one is an amplifier and the other is a condenser, can be like giving a gift of grace to your spouse when they long for you to use more or less words, when you’re talking to them.

As marriage counselor and author Dr Gary Chapman points out:

“Partnership is shared primarily by communication. One of a wife’s deepest desires is to know her husband. When he talks about his thoughts, feelings, and desires, she feels he’s allowing her into his life. When a husband goes long periods without talking about what he’s feeling or thinking, she senses that he’s cutting her out, which leads her to feel isolated.”

That’s why it’s so important if you’re a “Condenser” to try to talk more to your spouse if they’re an “Amplifier” than you might naturally do if you weren’t married to them. It’s important to the well-being of your marital relationship to do so.

But on the other hand, on behalf of someone who is “Condenser”, too many words can flood their thinking where they feel like they’re drowning in a “sea of words.”

“Don’t get too wordy. I’ve found that many people feel that more words mean more attention (or any attention). Not so. In fact, it’s usually the opposite. A few well-chosen words strike home better. So leave out minor details and if possible stream-line the presentation —stick to the point.”

Steve and I (Cindy) struggled with this issue for years. He’s a condenser and I’m an amplifier in our speaking styles. I used to get frustrated with him because he didn’t give me enough details when we’d talk. I thought he was withholding from me. So I would hunger for him to talk to me more. When I heard about this concept, I better understood that he wasn’t purposefully withholding from me. Giving fewer details was more natural to him.

On the other hand, Steve would get frustrated with the amount of words I would use when we’d talk. Now that I look back on it, I often saw his eyes kind of “glass over” when I was speaking in great detail. I thought it was rude of him to look so uninvolved with what I was saying. But now I know he just couldn’t handle all the information I was giving him. In actuality, I was being as rude to him by giving him all the details, as I thought he was being to me by giving less!

In more recent years we’ve found ways to compromise on this issue. I try to be less wordy (saving the details for friends who enjoy them) and Steve tries to be wordier. What’s amusing is that we’ve both merged a bit in our communication styles. I’m getting less wordy and Steve is filling much wordier when we talk together. How ironic!

But there are still times when we each need to bend a little more on this issue. Sometimes I forget and get too detailed when I talk to Steve. So we’ve worked out a little system. For the most part Steve tries to listen to all of what I have to say —knowing it’s important to me. But when he’s just too tired and needs me to talk a little less, I’ve given him permission to give me a code word that when he says it, I know it’s as if he’s politely saying, “Please condense the amount of words you use.” (The word he uses is simply, “Readers Digest.”)

He doesn’t use it often. But when he does I take the cue graciously and shorten what I have to say. And ladies, here’s the important part. I don’t take offense when he uses it. I need to be gracious to him on this as I want him to be to me at other times when I need it.

And for Steve, sometimes I need more details when he talks to me. At those times (and I try not to ask for it too often) I ask him to please “talk to me more.” And Steve graciously gives me more details. We’ve both learned to stretch ourselves to accommodate the other on this important matter.

We’re both created different, and we recognize that. Different isn’t bad —it’s just different. Embracing our differences helps us to embrace each other in the way that God created us.

So as Dr Norman Wright says, “Ladies, if he’s an amplifier, go for it. If he’s a condenser, keep it brief”. And the same things go in the reverse order for you as men. Work with each other on this and you’d be surprised at how much this can improve your marital relationship!