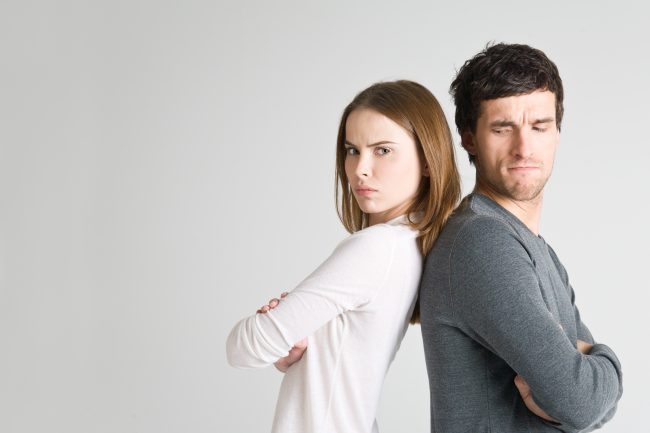 Marriage Missions Editor Note: This article is written to wives. However, most of it could also have been written to husbands. We encourage you to glean through it and learn what will apply in your marriage concerning functional fixedness:

Dr. Melody Rhode often uses a psycho-neurological term to describe a man’s reluctance to change: FUNCTIONAL FIXEDNESS. Men don’t normally change if what they’ve been doing seems to be working for them. When a woman allows her husband to treat her with disrespect, he has no motivation to change. So it’s unlikely he ever will.

“There’s a simple question I ask wounded women who seek help to endure belittling or degrading treatment from their man. ‘Why does your husband treat you badly?’ Answer: It’s because he can.”

This is not, in any way, to blame a woman for the abuse. Instead, it is to develop a new blueprint for a different future. Melody continues:

“If what he’s doing is working for him, why change? He needs a compelling reason to change; and it needs to be more compelling than your unhappiness or private misery with the situation.”

Motivated to Change from Functional Fixedness?

I would think that a God-fearing man would be motivated to change simply by understanding that his actions hurt you. But I’m also a realist. Some of you may be married to a man who doesn’t much care if his actions hurt you. He cares that he is able to get what he wants. In such cases, allowing the behavior to continue while complaining about it won’t change anything. It’s not your pain that motivates him; it’s his pain. You have to be willing to create an environment in which the status quo becomes more painful than the experience of positive change.

Here’s the trap I’ve seen too many women fall into: a woman keeps expressing to her husband how he is doing something (or not doing something) that is hurting her. Even after several such conversations, he doesn’t change. Or perhaps he’ll change for a few days and then go back to his old habits, at which point the wife complains again.

Still, no long-term change. The wife reads a book or attends a seminar. And then she decides she needs to find a better way to communicate so she can get her message across. But even after this, there’s no permanent change. Her error is assuming that she’s not getting through. In point of fact, she is getting through to her husband. He may fully understand and be completely aware of her pain; but he’s not motivated by her pain. If he likes the marriage as it is, he’ll put up with an occasionally disagreeable conversation now and then.

In such cases, spouses need to make a serious evaluation. There was a point in “Jenny’s” marriage when she realized, based on her and her husband’s parents’ health history, that she and “Mike” could be married for sixty years. At the time, Jenny had been married for just fifteen years. That left, potentially, another forty-five years of being together. It also meant another forty-give years of a situation that Jenny wasn’t sure she could live with.

“There is no scenario in my life plan in which I want divorce —none,” Jenny told me.

“At the end of my life, my fervent hope and determination is to be, unreservedly, a one-man woman. But I also know enough not to overestimate my patience. I could put up with some disappointments. But was I willing to live with this for another forty-five years? At that point, I felt I needed to be more honest about some struggles and more up-front about making a change. It created some discomfort for a season as I stopped pretending that everything was OK. But was a season of discomfort worth changing the course of our marriage for the next forty-years? Without question!”

Without nagging and without pretty recriminations (withholding sex, the silent treatment, a critical spirit, and so forth), Jenny gently but forcefully made her husband see that as long as he acted the way he did, their marriage was going to suffer in specific ways. These ways affected him. It was only when Mike started feeling his own pain that he was shaken out of his functional fixedness enough to change his behavior.

I believe Jenny makes an important point. Be wary of over-estimating your willingness to live with a glaring hurt or a gaping need. Don’t pretend that Satan won’t exploit it or that you won’t be tempted by another man who happens to be strongest exactly where your husband is weakest. If, like Jenny, your ideal life plan leaves no room for divorce, you must honestly accept your weaknesses. You must be willing to create a climate in which your spouse will be motivated by his pain. This is a courageous and healthy movement toward your spouse and toward preserving and strengthening your marriage. It is an act of commitment, not rebellion.

All this requires a very specific application based on your spouse’s personality. I can’t give you “five steps to overcome functional fixedness” here; but you’ll receive plenty of ideas and suggestions as we touch on various topics throughout this book. [This is a good reason to obtain this book.] At this point, it’s enough to say that if merely communicating your hurt isn’t solving the problem, you’re most likely dealing with a case of functional fixedness. You’ll also need to be strong to address that issue.

The Trap of Functional Fixedness

Some women fall into the trap of failing to speak up for fear of losing their man; they don’t want to “rock the boat,” even though it appears that the boat is headed toward a waterfall. But this passive acceptance makes it more likely that the husband will stray; he won’t respect his wife for putting up with his poor behavior, and this attitude will only reinforce his disrespectful behavior. Sadly, many women think their husband’s anger is the great enemy of their security; but, if fact, weakness and the corresponding relational boredom pose a far more potent threat.

If you can stand strong and secure in your identity and in your relationship with Christ, courageously making it clear how you will and will not be treated, you will be amazed to see how to respect and show for yourself rubs off on your husband.

This Fixedness Must Change

Here’s the male insider’s view, right at the start: you have more influence over your husband than you realize. When you are a woman of respect, the last thing your husband wants is to lose you. If he thinks he can have you and his aberrant behavior, he’ll take both. But if the day comes when he knows you won’t simply turn a blind eye to what he’s doing, when he thinks he might even lose you if he continues down the path he’s walking, he’s going to be shaken out of his functional fixedness. And then he may consider making changes.

…Dr Melody Rhode sees the threat of a husband’s losing his wife as perhaps the greatest possible motivator for a husband. Of course, we have to place this within the context of a covenantal, committed marriage. The Bible is very specific and very limiting regarding what constitutes an acceptable divorce. Discontentment, seeming incompatibility, and mere displeasure don’t qualify! Melody points out, “A woman’s power needs to be surrendered to God and used for his purposes, not our own.”

You DO Have Power

She also stresses, however, that most women, because of our culture, don’t realize the power they have to move their husbands. “They feel powerless because of their sex,” she observes, “and this has resulted in a lot of pent-up anger, frustration, and even desperation.” As your brother in Christ, I’m encouraging you to be bold, courageous, and strong. Use the natural and very spiritual influence and role that God has designed for you to move the man in your life.

…Our culture in general—even Christian culture—is on a long slide toward passivity. It completely goes against who God made us to be.

Let me be blunt: hope is not a strategy. Merely “wishing” that your husband would change, merely “wanting” your marriage to be different, won’t do anything. The problem is that some Christians spiritualize wishing —we call it “praying.” Please understand, I’m not knocking prayer; I’m challenging a misconception about prayer, namely, that we can merely voice our displeasure and expect our world and our relationships to be transformed. True biblical prayer is about much, much more than that. It involves receiving our marching orders and then acting on them.

Genesis 1 provides our initial glimpse of who God is. The first thing God wants us to know is that he is an extraordinarily active God. In Genesis 1 there are thirty-eight active verbs describing what God does: he creates, he speaks, he separates, he calls, he blesses, he gives, and much more —all in just one chapter.

Then—and this is the key—he tells the woman and the man to do the same: “God blessed them [male and female] and said to them, ‘Be fruitful and increase in number; fill the earth and subdue it. Rule over the fish of the sea and birds of the air and over every living creature that moves on the ground’” (Genesis 1:28).

God made you, as a human being, to rule in this world, to subdue it, to act according to his image. Sin begins with sluggishness, despair, and despondency. People give up on their marriages, on prayer, their churches, their kids, and eventually even give up on themselves. They say, “It’s no use.” They start to sulk instead of painstakingly remaking their marriage —simply because their first (or even tenth) attempt failed.

This may sound like a hard word; but readers of my previous books know I’m not one to shy away from that. Your marriage is what you make it. The relationship you have is the direct result of what you’ve put into it. And in many cases, a marriage can rise only to the level of your courage. Initial romantic intensity is unearned; it seems to fall on us out of nowhere. But marriage has to be built stone by stone. We have to make deliberate choices; we have to be active and confront the weaknesses we see in ourselves and in each other.

This article comes from the GREAT book, Sacred Influence: How God Uses Wives to Shape the Souls of Their Husbands

written by Gary Thomas, published by Zondervan. There was so much more in this chapter and in the entire book that we would have liked to include in this article. But you’ll need to find a way to obtain the book. You’ll truly want to see what else Gary Thomas has to say on this subject (and others). You’ll be glad you did!

Below are some links to additional articles. We suggest you glean through them to see if you can find more information to help you in your marriage. If the article is written to wives and you are a husband looking for answers, or the reverse is true, please read the article anyway. Look to see if you can adapt the info given to help you concerning functional fixedness in marriage.

• HOW TO RESPOND WHEN A SPOUSE WILL NOT MEET EXPECTATIONS

• HOW CAN I CHANGE MY SPOUSE?

Filed under: Communication and Conflict Save My Marriage

106 responses to “Why Doesn’t My Spouse Change? Functional Fixedness”