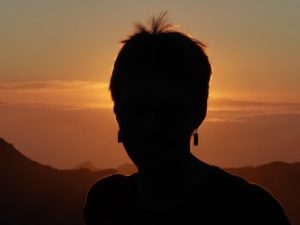 Question: I’m worried about my son’s marriage. He travels often and has three young children. His wife makes remarks to me about how he’s neglecting his family. I sense real tension there. I’m in a bind, and feel protective of my son. Also, I’m frustrated for my daughter-in-law, and afraid to get in the middle. What should I do?

Answer: You’re probably on target, and you are in a tight spot. It’s hard to know how to respond to an adult child whose life choices concern you. Let me suggest two key possibilities.

Give some thought and prayer to talking directly with your son. Whether or not you should speak to him depends in part on the nature of your relationship. Have you been able to discuss things with your son in the past? And are your thoughts well-received? If he’s generally defensive or hostile, then this option probably won’t work. You’ll need to assess the validity of this suggestion prayerfully.

If you do decide to speak to your son, do so privately. He’ll be less defensive if no one else is around. Don’t mention anything about your daughter-in-law, as that puts you smack in the middle. Plus he’ll feel betrayed by you both.

Simply tell him you’ve observed how much he’s traveling. Tell him you’re concerned about its impact both on his marriage and on his children. Tell him you know from experience how hard it is to raise young children. You also know how vital his support and input are to his family.

Ask him his thoughts on the matter. Whether or not your son opens up to you, let him know how much you love him, and that you pray faithfully for him and his family. Don’t give any advice unless he asks for it specifically.

Either follow the first option or this can stand alone. Intercede daily for your son and his family. There’s far more power in prayer than in anything you might say. Bring your observations, specific concerns, and helplessness to God. It’s there you join with the power of heaven.

Whatever God’s answer may be —and whenever it may come —you can be assured he will respond to your prayers on behalf of your family.

Dr Diane Mandt Langberg gave this advice. Dr Langberg’s advice appeared in a question and answer feature called, “Your Relationship” that appeared a back issue of Marriage Partnership Magazine. Diane Mandt Langberg, Ph.D., is a licensed psychologist in private practice, and author of Counseling Survivors of Sexual Abuse and On the Threshold of Hope: Opening the Door to Healing for Survivors of Sexual Abuse (both Tyndale).