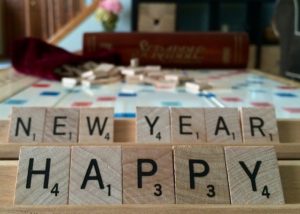 As we are closing out the “old” year and welcoming in the new, we reflect upon what we have lived through in our marriage and this ministry. And most importantly, we are reflecting on what we have learned through, which we could pass onto you. The following will be some of our year end reflections.

This year we began daily posting quotes on the Marriage Missions Facebook and Twitter pages to help marriages. (You can visit our Social Media topic to see what you’ve missed.) It’s been both fun and a lot of work to gather the marriage tips we’re able to pass along. So, below are a few of our favorites (with attribution to the authors). We believe they will give you food for thought for the New Year. Plus they will help your marriage improve, if applied:

• “Jesus’ 1st miracle took place at a wedding. Why? Perhaps, “He wanted the Bride and Groom to realize His part in their marriage. There would have been an abrupt ending to the celebration, if He weren’t present to work miracles. He wants US to see His passion for marriage. It’s His desire to see all marriages produce fruit that doesn’t run out. He’s present in our marriage. If we ask He will provide in ways we think are impossible.” (Debi Walter, Theromanticvineyard.com article: “Water Into Wine”)

• “A great marriage doesn’t just happen! It takes a solid set of decisions, a huge amount of skill, and enormous willpower. I contend that people in extremely healthy marriages built those marriages just as you build a mammoth bridge or skyscraper. They made their marriage triumphant because they simply wouldn’t settle for less. No matter how much work it requires, their willpower gives them this kind of toughness.” (Neil Clark Warren, from the book, “Learning to Live with the Love of Your Life”)

• Having problems in your marriage? Ask God to help you to discern when would be the best time to talk with your spouse. Make sure that you don’t do it during a time when you should H.A.L.T. —a time when either of you is Hungry, Angry, Lonely, or Tired. There’s more vulnerability to be less tolerant during those times. “Do you see a man who speaks in haste? There is more hope for a fool than for him.” (Proverbs 29:20)

• “Sometimes in marriage, we let a desire for dominance be won or lost in miniscule arenas. To put it in perspective, in the face of cancer, does it really matter what the toothpaste tube looks like? When a spouse is deployed overseas, does the direction of the toilet paper really matter? Next time you face an area of potential power plays, how about making it a win-win scenario? Separate toothpaste tubes for all?” (Kym Wright, from Crosswalk.com article, “Marital Power Plays”)

• “The bride and groom are not the only people to take vows on a wedding day. After hearing the couple declare their commitment to one another, the celebrant usually asks, ‘will all of you who witness these promises do all in your power to uphold these two persons in their marriage?’” Think about it: “If we took this promise with seriousness, husbands and wives would find it less burdensome fulfilling their marriage vows.” (David A. DeSilva, from Crosswalk.com the article, “Marriage: Made Within Community, Made for Mission”)

This last quote reminds us of something, which has inspired us (both personally and through the ministry of Marriage Missions) to become involved in the lives of others. It is written by Henry and Richard Blackaby, from The Experience: Day by Day with God: A Devotional and Journal

, published by Broadman & Holman Publishers. We’d like to pass it on to you —hoping it will inspire you also:

“We live in a world that teaches us to mind our own business. We try not to get involved in other people’s problems. Plus, we tell ourselves it’s not our place. This attitude is completely opposite to what the Bible teaches. As Christians, we’re called to become involved in the lives of others, especially when we see someone headed for trouble.

“It’s actually our responsibility, when we see a fellow believer drifting toward sin, to warn that person of the dangers ahead. Sometimes we’re reluctant to say anything to others because we don’t want to offend them. We don’t want to act ‘holier than thou.’ Besides, if we point out the sins of others, they might point back at us and begin naming our sins!

“So, often we say nothing and think that’s the most Christian thing to do. James argues, however, that when we help someone avoid the danger of sin, we’re saving that person from death!

“We need to check to see what’s happening in the lives of people around us. If our friends keep falling into sin and we keep minding our own business, we’ve failed as a Christian friend.

“Is there someone you need lovingly to warn of the danger ahead? Take courage. Regardless of the response you receive, speak up before it’s too late. Do so out of genuine concern for the well-being of your friend.”

We hope this will inspire you to reach out to be involved in the lives of others who are headed in a wrong direction in their marriage. We know someone who said that when she was contemplating divorcing her husband because she “fell out of love with him” no one in the church said a single word to her to dissuade her. If anything they encouraged her. As a result she divorced him.

She now realizes that those who fall out of love can eventually fall back in love through the direction of the Holy Spirit. She also feels in her heart that if others in the church would have helped her she wouldn’t have made this mistake. This woman is now a counselor. She dedicates her life to help others NOT make the same mistakes and misjudgments. Use this as a wake-up call to get involved in the lives of others who need it. We hope you will.

As we close out this year we want to also share with you our joy. So many of you have written us lovely notes of love and inspiration. You have shared with us ways in which God has used this ministry to change your lives for the better. Thank you for that. It has infused us with additional energy. Plus it has inspired us to keep working at encouraging others.

Please know that we appreciate all of you who have helped to support this ministry through prayer and financial gifts. The following is the prayer of both of our hearts:

“I thank my God every time I remember you. In all my prayers for all of you, I always pray with joy because of your partnership in the gospel from the first day until now, being confident of this that He who began a good work in you will carry it on to completion until the day of Christ Jesus.” (Philippians 1:3-6)

May God bless and encourage you to love each other with the love of Christ,