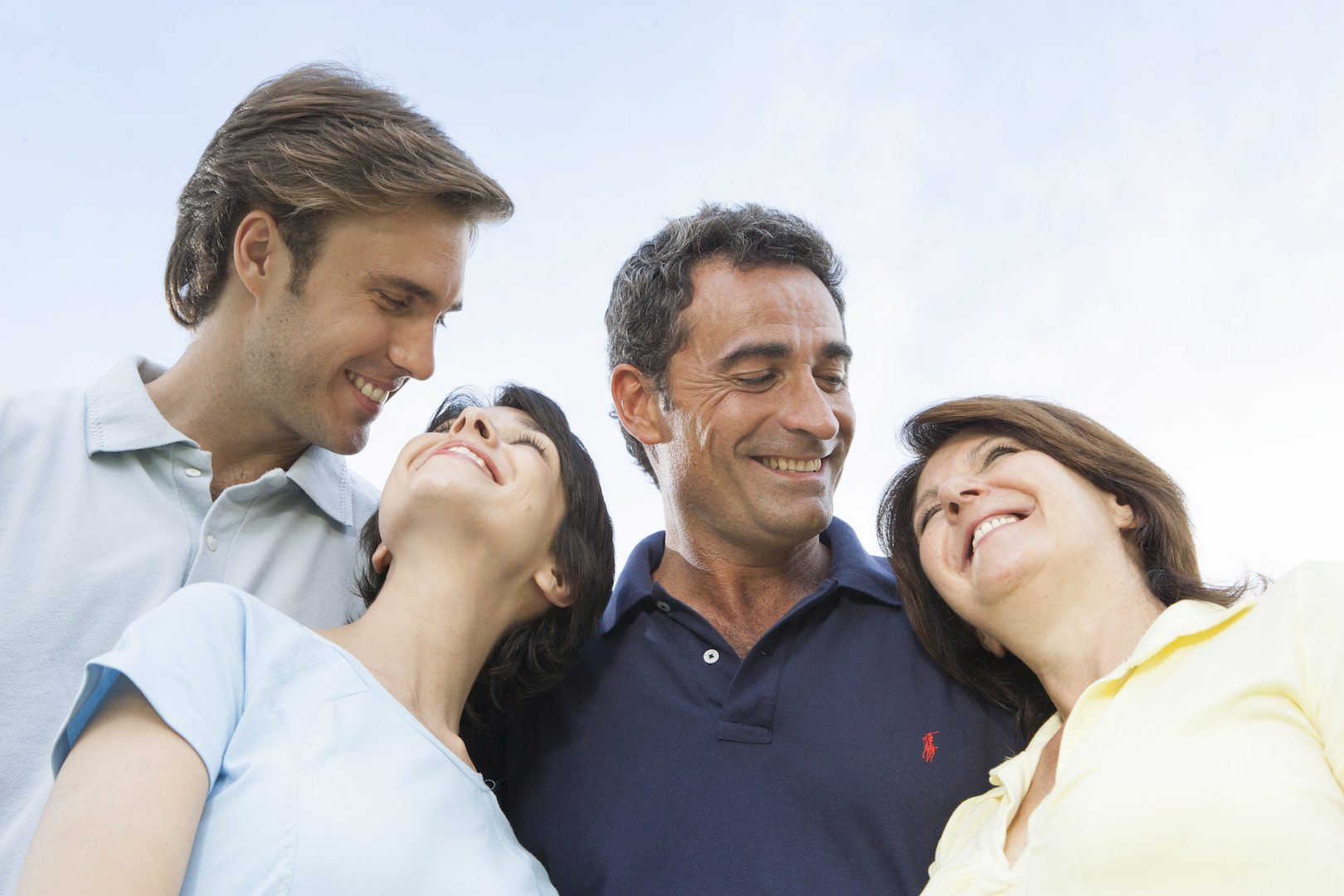 What would you do if your adult child had a marital problem and shared his heart? How would you get involved—if at all? This is important to think about ahead of time when you are becoming an in law.

Becoming an In Law

Betsy [after her son Jake had shared some serious problems that he was having with his wife] wanted to take Jake in her arms. She wanted to tell him that everything was going to be all right. She wanted to kiss his knee, like she did when he was eight. And she wanted to assure him that the pain would go away.

But he wasn’t eight anymore and this pain wasn’t a skinned knee. She knew that she couldn’t solve his marital problems, but she did have a perspective she decided to share with him.

“Jake, I appreciate your telling me this. I know it is serious and is causing you a lot of pain. I also know that in the first year of marriage, many couples have similar problems. Those who make it deal with their problems in a realistic way. The couples who don’t make it are the ones who sweep their problems under the rug. They try to act as if they don’t exist. In reality, the problems just get larger.

“Sharing this with me is a first step. Now I want to encourage you to take a second. I’m not the one to give you marriage counseling, but that’s what you and Jenny need. There is a counselor on our church staff. And I also know two good ones downtown. If money is a problem, Dad and I will be willing to take care of the expense. The important thing is that both of you talk to someone with skills in helping couples work through such difficulties. Don’t let it go on or it will just get worse.”

Jake replied, “I don’t know if she will go for counseling. She would be horrified if she knew I was talking to you about this.”

“Then perhaps you can tell her that you are going for counseling. This is because you must have some help in dealing with your own struggle,” his mother answered, “and that you would like her to go with you. She may go because she wants the counselor to hear her side of the story. But, if she doesn’t, you go alone. At least you will get the process started and she may join you later. Your problem isn’t going to go away by itself. You need someone to help you work through it.”

Jake agreed, and when he drove home, he felt better than when he came. At least he knew the first step to take.

Jenny was reluctant, but she did go with Jake to the counselor. And in the months that followed they both learned a great deal about how to meet each other’s needs and build an authentic marriage. During the counseling he realized he was failing to meet Jenny’s emotional need for love. She desired quality time with him. But his job was so demanding that she often spent her evenings alone. She had finally decided that she might as well be with her mother as to stay home by herself.

During months of counseling, they came to understand each other better. They then made some significant changes. Jenny began to respond differently to her parents’ requests, particularly when she and Jake had already made plans. Jake learned how to meet Jenny’s need for love and to make more time for her. They have now been married five years and have a mutually fulfilling relationship.

A NEW TITLE, A NEW RELATIONSHIP:

When your child marries, the relationship you have had is bound to change, as you move to embrace his or her spouse. These extended connections can bring you great happiness. Ir they can rain on your parade. The outcome is partly determined by your response to them.

After your child decides to marry, you acquire a new title: in-law. Not only do you have a son or daughter-in-law who directly influences your child, but you also become related to people who will indirectly influence your adult child as they continue to influence their own married child. In addition, you may soon have another title. It may be grandparent, and you will share your grandchildren with your son or daughter-in-law’s parents. And, if your son or daughter chooses to marry someone who already has children, you become instant grandparents.

Thus your response to these new relationships can bring you happiness or heartache, joy or jealousy. Jake’s mother was extremely wise in her responses to Jake’s complaint about Jenny. In her counsel we can find several positive principles on how we parents can respond to the marital difficulties experienced by many young adults.

First, she took the problem seriously.

She didn’t brush it off by saying, “Oh, it can’t be that bad. You’re just overreacting. Take her out to dinner and she’ll be all right.” She didn’t say, “Why don’t you just talk to Jenny about this? I’m sure if she realized what you’re feeling, she would change.” Nor did she suggest, “Just give her some time and be patient. I’m sure it will all work out.” The fact is that marital problems don’t “just work out.” Our high divorce statistics are stark reminders that problems unattended get worse. As concerned parents, we should respond to signs of marital problems.

You can become involved without saying one spouse (usually your child) is right and the other is wrong. You don’t have all the facts, and to take sides could alienate the other spouse. Note that Betsy didn’t tell Jake that it was his fault, nor did she blame Jenny. Instead, she remained neutral. Seldom can the responsibility for marital conflict be laid at the feet of one partner; generally, both husband and wife have done and said things to compound the problem. Both need insight into the dynamics of their relationship and then need to learn to take corrective steps in creating a different climate in which their conflicts can be resolved. When parents take sides, they only add to the problems.

Third, she waited until Jake come to her for advice.

As a parent, don’t offer advice until you’re asked. Be willing to give counsel, but wait until such counsel is requested. Betsy might have rushed in with suggestions after she first sensed something was wrong. However, had she offered advice then, Jake might have become defensive and then not turned to her later for help. The best guideline is to wait until your married children ask for help. At that point, they are more likely to follow your suggestions.

Fourth, she offered a course of action that was specific and doable.

As parents, we can give recommendations, but we should be specific. Depending on the situation, you may recommend professional counseling, seeing a financial planner, or setting up a budget. Betsy recommended counseling; she also removed the possible hurdle of finances by offering to help. While she didn’t force Jake to take action, she told him why she believed it would be wise.

Significantly, Betsy talked with her husband about her conversation with Jake. The two determined that their relationship with the young couple would continue just as it had been. No questions, no blame, no changed attitudes toward Jenny or her parents. Wise parents do not seek to solve the problems of their married children. They are there to make loving suggestions if these are asked for. But they don’t impose themselves on their children’s lives. They give their children space to build their own lives. They allow them the freedom to say no to invitations or requests that conflict with their plans or wishes. Plus, they relate to their children in ways that will foster their growth as individuals and as a couple.

As a parent and an in-law, your goal should be to support your child and his or her mate. Welcome your son or daughter-in-law into the family with open arms. When asked, give advice. You’ll always remain a parent. Become a friend.

This article can be found in an expanded version in the book, Parenting Your Adult Child: How You Can Help Them Achieve Their Full Potential.

It is written by Dr Ross Campbell and Dr Gary Chapman, and is published by Northfield Publishing. This book helps parents of grown children today face issues unforeseen by previous generations. These include “nests” that don’t empty, conflicts over lifestyle issues, and the need for continued financial support. This can be an invaluable resource for parents of young adults ages 18 to 35. It is also good for those with older adult children and even grandchildren.

4 responses to “FOR PARENTS: Becoming An In Law”