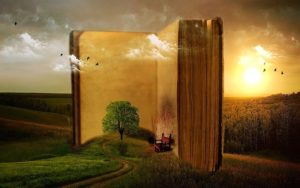 In my (Steve) devotional reading this week Os Hillman from “Today God Is First” cautioned us to beware of trying to mix the things that are “acceptable” to the world, with what scripture teaches us. He used the example from Exodus 32 when Moses was on Mt. Sinai with God getting the Ten Commandments. While he was on the mountain he left his brother, Aaron in charge.

Rebellion in the Camp

Here’s what Hillman pointed out:

“Aaron had been mentored by his brother Moses. However, we learn that Aaron still has vestiges of Egypt living in him. He had not had a complete conversion from the ways of Egypt to the ways of God. His leadership was not strong enough to stop a rebellion in the camp. He allowed the people, and even encouraged them, to make an idol of gold. Later, he tried to justify his actions by saying the idol was a God of Israel.”

Os goes on to say:

“Today we see such mixture in the body of Christ. We promote guaranteed prosperity without the cross. We call adversity a sign of a lack of faith. Plus, we promote New Age beliefs mixed with the scriptures and call it a new freedom in Christ. This is only a mixture. It is an abomination to the Lord.”

And many are experiencing “freedom” from their spouse, and divorcing. They say, “God has given me a peace about leaving my spouse.” We’ve heard it said repeatedly that it’s because, “I no longer am ‘IN LOVE’ with ____.” Or they say, “I’m tired of living in a loveless marriage. I know God would not want me to live like this.” Their justifications go on and on.

We’re not talking about abusive /unfaithful marriages, rather, marriages where they no longer “feel” they like each other. They do not believe they can “make it work.” Really?!?! Where in scripture can you show where God has said we can act in ways we shouldn’t or divorce for these types of reasons? We’re entreated in scripture to give nothing but love —even when we’re treated badly.

We believe that if we want marriages that are strong —those that reveal and reflect the Heart of Christ, then we MUST remove any “vestiges of this world” from our thinking. Love like God does, even if our spouse doesn’t. The Bible is FILLED with examples of how we should live. If our example of what marriage is to look like comes from romance stories, the media, or worldly advice, then hold it up to scripture to make sure it’s biblically sound.

Cindy and I challenge you to take time to analyze just WHERE you are taking your cues for marriage from, and as Os Hillman closed his devotional:

“Pray that you will be faithful to the Word of God and not allow new philosophies to distort its ageless truths.”

May the Lord bless your marriage as you look to Him,
Steve and Cindy Wright

0 responses to “Beware of Mixture”