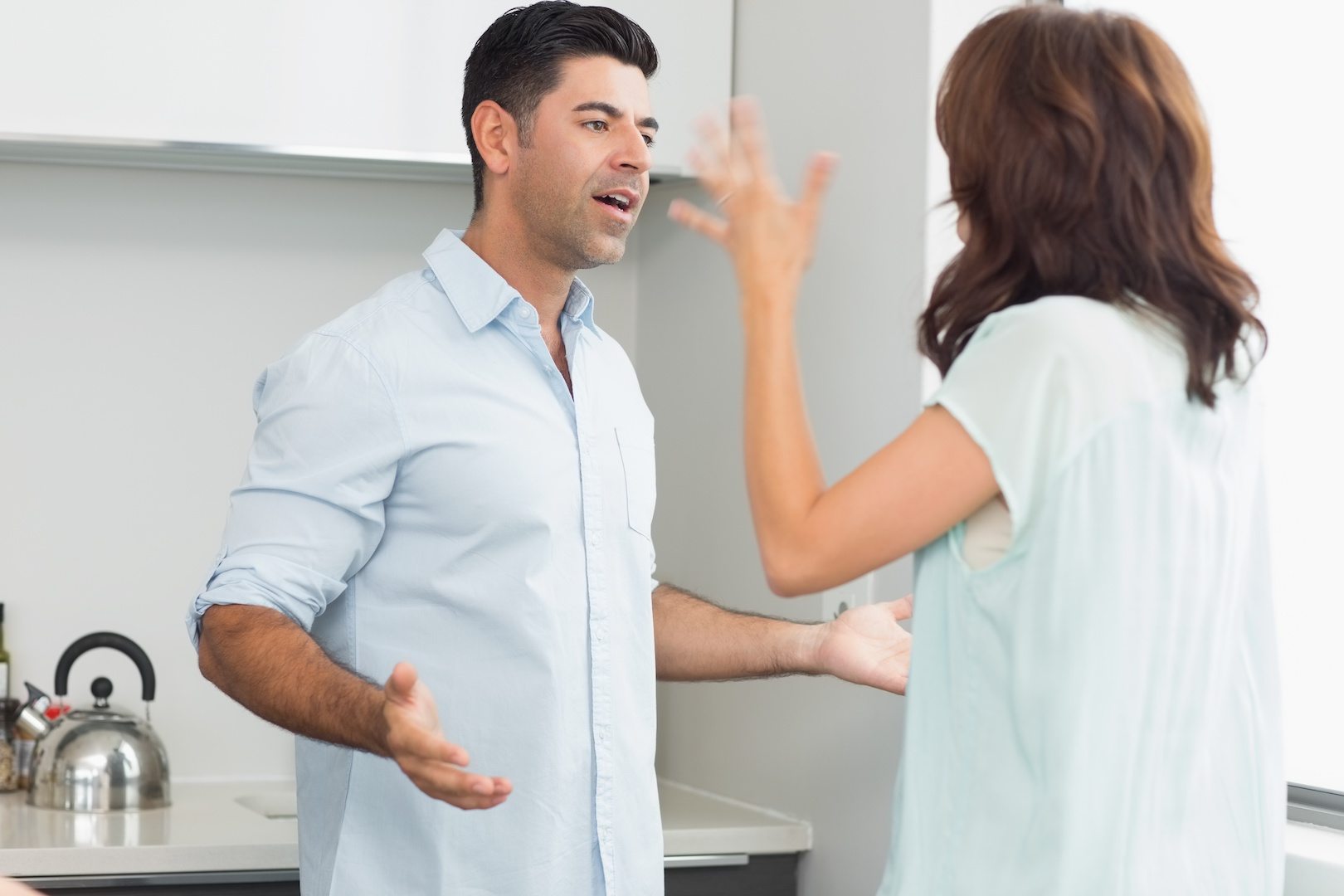 Are you finding yourself involved in arguments with your spouse, where it would be best to calm things down before you continue any further? You know if you don’t something will be said and/or done that would be anything but godly. Calming down arguments is a good thing to do if the emotionality is getting out of hand.

Calming Down Arguments that are Heated

In a blog featured on The-generous-wife.com web site a while back, Lori Byerly wrote the following in a piece titled, Rehearse Your Responses:

“One of the things I did early on, when I was learning how to watch my tongue, was to practice saying sentences that would help me in stressful moments.

“For example, when I felt like going off, I had a ready sentence or two. ‘Can we talk about this in a half hour or so? I’m really stressed and I need some time to calm down and gather my thoughts.’ I also used, ‘I need to go for a walk,’ more than a few times.

“This ‘be prepared’ kind of concept works for all sorts of situations. If you find yourself facing the same mess over and over again, consider for the next time what you could say differently.”

I can SO WELL relate to what Lori wrote in this blog because it’s the same thing the Lord showed me a number of years ago. When I find myself angry with Steve and I can see that my reaction to what is happening is not going in a good direction, I stop. I then tell Steve I need a little time to calm down before continuing. Afterwards, I go into another room and talk to God instead for a while. That helps me when I’m calming down arguments and am instead trying to build relationship bridges. The insights God gives to me when I listen helps more than I can say.

God is so good to listen to the rawness of my emotions. He helps me get to a healthier place in my anger. I’ve found that some things just aren’t safe to say anywhere else than alone with the Lord. Afterwards, there are times when my anger completely dissipates. This is because I realize it is unfounded and misplaced. Sometimes I have to go back to Steve and apologize for something I shouldn’t have said.

I used to be under the disillusionment that my husband Steve needed to hear whatever I had to say when I was upset. Uh… Uh!!! Absolutely not! That’s as far from the truth as it can get.

Yes, there are SOME things that my husband needs to hear from me. After all, what kind of marriage partnership would we have if I didn’t tell him what was upsetting me? And the same is true for my husband in what he needs to tell me.

There are times when it’s important to speak the “truth in love,” as the Bible tells us to do. And sometimes those “truths” involve being angry. But there are some hurtful things, that pop into my brain sometimes that needs to be stopped. They need to be sorted out and taken to the Lord first. In doing so HE can help me eliminate the junk. That way I can proceed and “sin not” in my anger (as told in Ephesians 4:26 and Psalm 4:4).

I’ve learned through years of handling them wrong, that I can’t always trust my emotions. There are times when something will come up and I’ll get so angry about it, that it’s best NOT to vent it out at my husband. It is best for me to back up. I need to take time to pray about it, listen to God, and THEN make the decision whether or not to discuss it further with my husband.

Keep in mind that “Love Is Not a Fight, But It’s Something Worth Fighting For.” We need to learn to fight FOR our marriage and FOR that which is truly important. But we must not damage each other or our relationship, in the process.

A good guide to consider, whenever matters come up where we’re capable of blurting out something we shouldn’t, is a scripture my sons and I memorized a number of years ago. It has guided us well.

Do not let any unwholesome talk come out of your mouths, but only what is helpful for building others up according to their needs, that it may benefit those who listen. (Ephesians 4:29)

I sure don’t want to forget or become the following:

A quarrelsome wife is like a constant dripping on a rainy day. Restraining her is like restraining the wind or grasping oil with the hand. (Proverbs 27:15-16)

And then there’s the scripture that especially hits home, since my husband and I DO live in the desert:

Better to live in a desert than with a quarrelsome and ill-tempered wife. (Proverbs 21:19)

YIKES! I need to remember those warnings. Additionally, the following are scriptural warnings that we ALL need to keep in mind, and change our behavior accordingly. I hope they help you as they help me while I’m working on calming down arguments.

• He who guards his mouth and his tongue keeps himself from calamity. (Proverbs 21:23)

• If anyone considers himself religious and yet does not keep a tight rein on his tongue, he deceives himself and his religion is worthless. (James 1:26)

• Love is not rude, and it is not self-seeking. It is not easily angered. It keeps no record of wrongs. (1 Corinthians 13:5)

• A fool gives full vent to his anger. But a wise man keeps himself under control. (Proverbs 29:11)

• A fool finds no pleasure in understanding but delights in airing his own opinions. (Proverbs 18:2)

• Even a fool is thought wise if he keeps silent, and discerning if he holds his tongue. (Proverbs 17:28)

• If you have played the fool and exalted yourself, or if you have planned evil, clap your hand over your mouth! For as churning the milk produces butter, and as twisting the nose produces blood, so stirring up anger produces strife. (Proverbs 30:32-33)

• What causes fights and quarrels among you? Don’t they come from your desires that battle within you? You want something but don’t get it. You kill and covet. But you cannot have what you want. You quarrel and fight. You do not have, because you do not ask God. (James 4:1-2)

• Starting a quarrel is like breaching a dam; so drop the matter before a dispute breaks out. (Proverbs 17:14)

Here’s an article that builds upon the subject of calming down arguments that I encourage you to read:

One response to “Calming Down Arguments in Marriage”