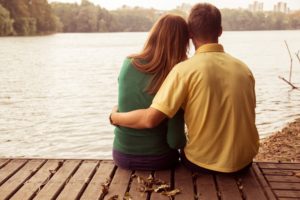 Does that title (which is a statement) make sense? I’m talking about doing nothing, which actually does something sometimes. Normally, I would say no in answer to that question. But sometimes, whether it makes sense or not, it works.

I’m not into the “ostrich syndrome.” I’m talking about sticking one’s head in the sand and ignoring that, which needs tending to. I struggle, like many of you, to do something or not, or “to say something or not —because THAT is the important question.”

But I’ve learned that sometimes doing something or saying something actually does more harm than leaving the matter entirely alone. It’s a matter of choosing your battles.

As we’re beginning a new year —a time for new beginnings, many people have made resolutions. They are determining to do this or do that, as it pertains to their marriages. But perhaps some of them/us should consider what we shouldn’t be doing.

The following is a link to an article, written by Michele Weiner Davis. Michelle explains this point better than I can (and has some experience with it). Please read what she writes. There are times, as she emphasizes, that it’s best to:

O.K. After reading the points Michele makes, I guess it makes sense. Sometimes, what works doesn’t always make sense. It’s like, “losing your life so you can save it.” (Matthew 10:39) It’s like NOT working to gain salvation. This makes no sense to human beings, but it does to God. He, after all, IS God (Ephesians 2:8-9) and of course, we are not. (There are times though that we often act like it.)

Less profound is Michele’s point, however. Sometimes less is more because in the absence of your not doing something to resolve matters, there is a void left in its place. This gives others the opportunity to step up. They are then able to do what they should be doing, instead. It gives way for the principle of, “they broke it; they should fix it,” to work.

It doesn’t always work, as it should. But we sure can’t discredit the fact that there are times when it does. And when it does, it works out a LOT better than it would have if we interfered.

It also allows the “Duck Principle” to be put into effect. If you “duck” and get out of the way (and instead pray), it gives God direct access to work within your spouse and the issue at hand.

I’ve tried it. It works. Go figure, that I’m not the appointed messenger all the time! And my husband and the world can now say, “Thank you Lord!”

One response to “Doing Nothing Does Something Sometimes”