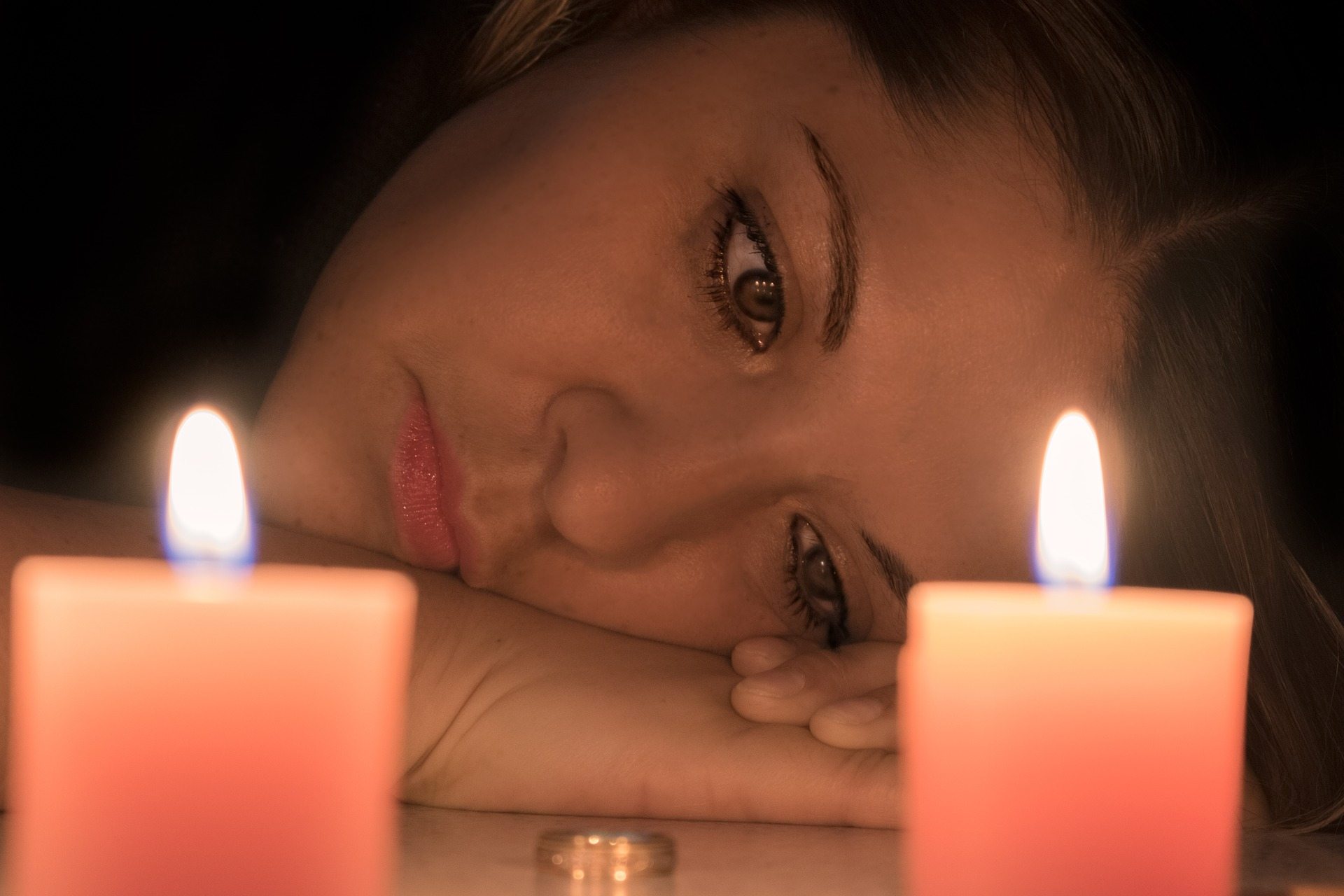 The Bible says, “in this world you will have trouble” (John 16:33). It’s an established fact. And yet so often, despite the warning, when major trouble occurs we’re taken by surprise and are unprepared for the trauma that it can cause in our marital relationship. Don’t allow tragedies to split your marriage apart.

It’s during difficult times that we need to be especially “on the alert” because of all the damage that can occur. The enemy of our faith will try in every way to pit us against each other so that everything is turned even more upside down than now —making any kind of recovery all the more difficult.

As psychologist Dr Gary Smalley warns: “Trauma puts us at the wall of conflict.” And from what we’ve seen in Marriage Missions, that especially happens in marriage. It tests the strength and resolve of the relationship more than most couples could ever have imagined previously.

“Every couple faces things they’d prefer to avoid—job losses, severe illnesses, financial reversals, deaths of close family members and many other such events. We call them crises, roadblocks, setbacks or tragedies, and none of these are terms of endearment. That’s because these storms of life place immense stress on us—and they also test our marriages.

“When crisis strikes, some couples not only weather the storm, they emerge stronger and more united than before. Others struggle through the pain, and many marriages are destroyed by the crisis.” (Donald R Harvey, from the Marriage Partnership Magazine article, “Bonds of Steel”)

Many times marriages don’t survive tragedies because it appears that hope has been ripped out from under them. And without hope to believe in, love is left upon infertile ground to die as well.

Search for the Silver Lining

“Love ‘hopes all things.‘ This is simply a step beyond believing. The meaning is something like this. There are times in life when you face situations so difficult that faith is not possible. You would gladly give the benefit of the doubt but there is none to give. You search for the silver lining but the angry clouds overhead have no silver lining.

“Some of you may be facing a situation like that right now. In your life there is a difficult circumstance for which there are no easy answers. It may be one of your children. It may be your family. Maybe it is an illness or a death. It may be impending financial disaster. Or it may be your job. Whatever it is, only one word applies: IMPOSSIBLE. You have cried and wept and done everything you know how to do and nothing seems to work.

“What does love do in an impossible situation? What do you do when you can’t believe anymore? You hope. That’s a step beyond belief. Belief is finding a tiny grain of evidence to rest on. Hope rests on God alone.” (Dr Ray Pritchard, from his sermon, “Grow Up!”)

You may find yourself coming face-to-face with the ominous “barrier of belief.” That’s a tough one. If you are, perhaps by reading the following article you will find yourself in a better place, as far as that type of barrier is concerned:

Please hang as tough as you can through the trials you are encountering. And try to do it together in your marriage, as much as you possibly can realizing that “A cord of three strands cannot be quickly broken” (Ecclesiastes 4:12). With the two of you hanging on together with God, there is strength in the works.

One or the other of you may be especially weak during this time or withdraws away for a time. With intentionality, work with the principle of giving each other space and grace to work through this issue, and yet uniting together in whatever ways you can —whether large of small, during this season of survival. We’re told in Romans 15:1, “We who are strong ought to bear the weaknesses of those without strength and not just please ourselves.”

Life in a Fallen World

Based on that scriptural principle, Dennis and Barbara Rainey give the following advice (in their book, Moments With You), which can help if you apply it:

“Life in a fallen world can be tough. But what makes suffering and hardship worse is that couples often turn us against each other rather than toward each other. Here are a few ways to keep that from happening as you negotiate the common speed bumps and detours of life:

– “Give your spouse time and freedom to process trials differently. Fight the urge to discount each other’s emotions or grow impatient with the time it’s taking your spouse to deal with something. Some of us are quick to move on. Some process slowly and are more introspective. Give your spouse freedom to not be like you.

– “Recognize the temptation to withdraw from each other during periods of intense challenges. As a result, you end up thinking your spouse doesn’t understand you or isn’t taking the tough time seriously enough, which makes you want to pull back even more.”

Your Spouse is Not Your Enemy

Keep in mind that your spouse is not your enemy. Don’t treat him or her as if that were so, even if you aren’t extended the same grace. Recognize that statistically, many marriages do not survive a major crisis such as illnesses, the death or serious illness of a child, the loss of a job, etc. But divorce does NOT have to be inevitable. There is eventual hope if you intentionally decide to survive together as a marital team, rather than turn on each other. Please, whatever you do:

“Don’t allow hardships, temptations or tragedies come between you. So many times instead of joining together and clinging together when the world strikes against them, couples allow things to part them. You must join forces and fight off the attempts to destroy your marriage. Who else in the world has been through the things together that the two of you have survived?

“Don’t let it happen. You must be determined to hold on to all of the good things you started out with and what has been built since. Cleave to one another like your life depended on it, after all it really does.” (From the EHow.com article, “How to Stay Married, in Love, and Deal With Life’s Troubles”)

To help you with this, here is an article that can give you some good pointers that you can use:

• WHAT TO DO WHEN YOU AND YOUR SPOUSE EXPERIENCE SHARED TRAUMA

Commit to Keeping Your Relationship in Tact

To further help you in this battle the following are a few points you may want to prayerfully consider, which comes from the Today’s Christian Woman article titled, “Staying Married Through Tragedies,” written by Don Harding. In this article, Don points to some things Jim and Jeanne Caverly discuss. Jim and Jeanne “specialize in preserving marriages among parents of police officers killed in the line of duty.” In this article, Don Harting writes, “If tragedy darkens the door of your home, they (Jim and Jeanne) recommend these tips to help you cope.” Here are a few of them:

“Commit to keeping your relationship intact. Commitment is the foundation of relationship survival. It needs to be verbally expressed by both partners before and during a crisis. Each partner needs to know that the other wants the relationship to survive. Speak or write your commitment; don’t rely on assumptions.”

Another important point is to:

“Persevere. During times of complete frustration and overwhelming despair, try to do what needs to be done next. If you’re hungry, eat. If you’re tired, sleep. And if there’s a bill to be paid, pay it. Don’t try to think ahead, just do the next thing. In time, you will feel better.”

“Respect each other’s differences. You and your spouse may not handle the crisis the same way, physically or emotionally. You may have different reactions and different feelings. This doesn’t mean that one is right and the other is wrong; it means you’re different. It is vital to respect and accept your differences. Allow your partner to handle the crisis and heal in the way that is best for him or her.”

There’s one more point that can be important to help you survive tragedies, which is pointed out in the article:

“Schedule priority talk time. If one partner wants to talk all the time about the person who died (or the job or health loss) and the other partner doesn’t, compromise by setting aside priority talk time. This can be daily or weekly for fifteen to thirty minutes, or whatever meets your needs. During this time you both agree to share your thoughts and feelings about the crisis. If you schedule a time and stick to it, the talkative spouse knows he or she will be listened to while the more quiet spouse knows he or she only has to endure talking about the painful subject for the specified interval.”

I love the ending exercise noted in the article, which was given to couples (by Jeanne Caverly), when tragedies happen in life. It’s important to repeatedly say to yourself:

“I value my marriage. I have lost enough.”

It is my deepest hope that will be the determination of your heart. Even though you are going through a myriad of horribly conflicting feelings, please do what you can to hang on, TOGETHER. Give each other grace and space, as needed, but determine NOT to let your marriage be another casualty.

As Dr Ray Pritchard puts it, and we agree:

“In short, I offer you no miracle cure for the problems of life. If it is true that into each life some rain must fall, then some of you are getting a thunderstorm right now. I don’t know when the rain will end. But it doesn’t have to destroy your marriage. When the love of God is the foundation of your marriage, the rains can come, the winds can blow, the river can rise to the threshold, but your house will stand firm because it is build on the rock which cannot be shaken.”

Building upon a shaky foundation, where your home is at peril with every strong wind that blows your way is not wise. But what is even more foolish, is continuing to live upon that shaky foundation—especially when your marriage is in peril of falling down upon you, as well.

You may not have the energy to build much of anything right now, so don’t. Start small. Start together on your knees. If your spouse won’t join you, then be the hero here and fall to your knees for both of you right now, with the hope that one day you both will do so together.

Don’t Focus on All of It

Don’t look at the whole picture of what needs to be done in the future. Look right in front of you… do what you need to do right now, and trust God for what comes next.

“Therefore everyone who hears these words of mine and puts them into practice is like a wise man who built his house on the rock. The rain came down, the streams rose, and the winds blew and beat against that house; yet it did not fall, because it had its foundation on the rock.” (Matthew 7:24-25)

Tagged: barrier of belief, death of a child, determine together, hardships, on the alert, sickness, survive, tragedies

4 responses to “Don’t Allow Tragedies to Split Your Marriage Apart!”