There aren’t as many good examples of married couples who are finishing well, in their life mission together in marriage. But Ruth and (Evangelist) Billy Graham are one of those rare couples. When his wife of 64 years went home to be with the Lord, this is what her husband, Billy, was quoted as saying:

“Ruth [Graham] was my life partner, and we were called by God as a team. No one else could have borne the load that she carried. She was a vital and integral part of our ministry. And my work through the years would have been impossible without her encouragement and support. I will miss her terribly, and look forward even more to the day I can join her in Heaven.”

When news came to us several years ago of Ruth Bell Graham’s death, we decided that one day we would dedicate a Marriage Message to her and her husband. And now that Billy, at the age of 99, has gone to join Ruth in Heaven to be with their Lord, this message is all the more relevant. Their 64 year marriage is such a wonderful example of how two people, who were both very different from each other —each strong, and opinionated in their own ways, made their marriage work in an amazing way. They are a great example of finishing well.

To a world that needs examples of married couples who remain faithful to God and to each other for their entire married lives, we rejoice that we’ve had such an example to observe. The following are quotes from various sources that give testimony to a marriage devoted to the glory of God. We can gain inspiration on finishing well, all the more. 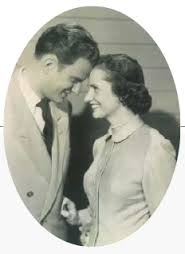 “From the time I was a small girl, I knew my mother and daddy loved each other. It was obvious. Each time Daddy entered the room, Mother’s eyes lit up and I knew that she felt her heart ‘rise within her.’ He was quick to hold her close, grasp her hand, or give her a tender kiss. It was clear to all that they adored one another and were in love.” (Gigi Graham Tchividjian, daughter)

“Sometimes, unobserved by us, there were disagreements. Afterward, Mother would share with her pen, ‘nights can be so very long when hearts are far that should be near.’ However, Mother and Daddy have allowed their differences to strengthen their relationship.” (Gigi Graham Tchividjian, daughter)

“Mother and Daddy came from quite different backgrounds. Daddy was raised on a North Carolina dairy farm and Mother, thousands of miles away in China. They have very different personalities, strengths, ideas, and ways of doing things. But, Mother is fond of saying, ‘if two people agree on every thing, one of them is unnecessary.’” (Gigi Graham Tchividjian, daughter)

Additionally, the following shows her funny sense of humor:

“Raised as a Presbyterian, Ruth Graham had no experience in submitting to a husband’s authority the way the evangelist, who was reared in a Southern Baptist family, expected. Ruth once was driving and hit the accelerator instead of the brake. It sent her car crashing through a fence. Nobody was hurt, but in a phone call from California, Billy Graham demanded that she surrender her driver’s license. Ruth argued with him, standing her ground.

From Billy and Ruth: 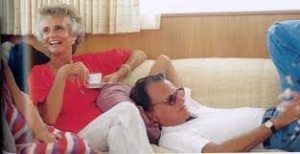 “Ruth and I don’t have a perfect marriage, but we have a great one. In a perfect marriage, everything is always the finest and best imaginable. It’s like a Greek statue, the proportions are exact and the finish is unblemished. Who knows any human beings like that? For a married couple to expect perfection in each other is unrealistic. The unblemished ideal exists only in ‘happily ever after’ fairy tales. I think there is merit to a description I once read of a married couple as ‘happily incompatible.’ Ruth likes to say, ‘If two people agree on everything, one of them is unnecessary.’ The sooner we accept that as a fact of life, the better we will be able to adjust to each other and enjoy togetherness.” (Billy Graham)

“I pity the married couple who expect too much from one another. It is a foolish woman who expects her husband to be to her that which only Jesus Christ Himself can be: ready to forgive, totally understanding, unendingly patient, invariably tender and loving, unfailing in every area, anticipating every need, and making more than adequate provision. Such expectations put a man under an impossible strain. The same goes for the man who expects too much from his wife.” (Ruth Bell Graham)

“It’s my job to love and respect Billy; it’s God’s job to make him good. God called you not to make your husband good, but to make him happy.” (Ruth Bell Graham)

We Can Learn From Their Example on Finishing Well

“You can learn from the marriage of Ruth and Billy Graham. They show us that a marriage between an independent woman and a man with a mission can last a lifetime even though his travel schedule often kept them apart.” (Sheri and Bob Stritof, marriage.about.com)

“I asked Mother how she endured so many years of goodbyes. She quoted a mountain-man who said, ‘Make the least of all that goes and the most of all that comes.’” (Gigi Graham Tchividjian)

“When Daddy had to leave, Mother (a true example of ‘love without clinging’) would summon the grace of an uncommon strength, and with tears in her eyes, kiss him good-bye. We all stood outside and waved as Daddy’s car made its way down the long driveway. When it rounded the last curve, Mother sensing our sadness, would push her own feelings aside to take our minds off Daddy’s departure. ‘Well,’ she would say, ‘Let’s clean the attic’ or ‘let’s go to the pound for a new dog or kitten.’

“As I grew older I realized that my parent’s love for one another was deeper than just the look in their eyes each time one of them came into the room. Their love was based on more than their physical and emotional attraction. It was based on solid, uncompromising commitment —first to Jesus Christ, second to the institution of marriage. And then there is their commitment to each other.” (Gigi Graham Tchividjian, daughter)

“My mother taught me by her example that Jesus is everything. He was the wellspring of her love and joy and peace that overflowed into our home. His presence was enough to ease the pain of her loneliness without Daddy. His power was enough to get her through the day, for all practical purposes, as a single parent. I have no doubt that the reason I love Jesus and I love my Bible is because she did. She planted those seeds in my heart long ago.” (Anne Graham Lotz, daughter)

“Recently, Mother was in the hospital. Daddy, also frail and not well, came to visit. I stood back and observed these two very dear lovers as he entered the room. Her eyes once again lit up. As he made his way to her bedside, he tottered and almost lost his balance. Leaning over, he bent down and gently, tenderly kissed her. It was obvious that her desire and prayer as a young bride to ‘never let it end, God, never’ had been answered.” (Gigi Graham Tchividjian, daughter)

May we all, like Ruth Bell Graham, be an example of finishing well! Even if you’ve made mistakes in the past or are presently in a situation where you aren’t doing things as you should, you can make the choice to repent and “finish well.”

If your marriage partner doesn’t decide to do the same —that should still never stop you from finishing well with your part of the mission. It will just make it more difficult. But even then, God specializes in helping us with the difficult.

Additionally, here are two relating articles that we encourage you to read: