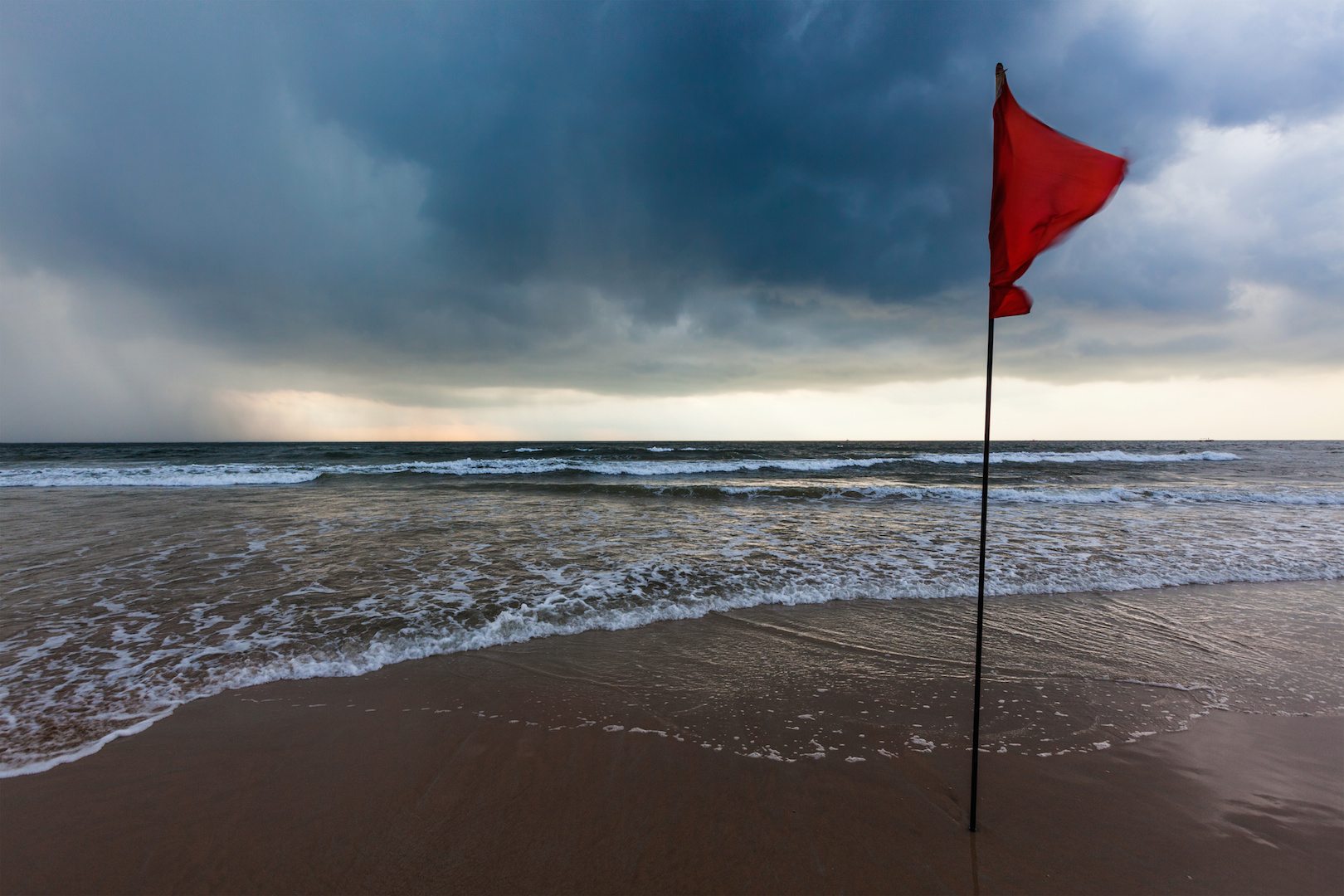 Any relationship will have its difficulties. But sometimes those difficulties are indicators of deep-rooted problems. That’s when relational red flags are usually waving to warn you. Essentially, they’re invisibly saying, “Pay attention; there are potential problems here.” And if they’re waving, don’t ignore them!

It’s important to know that just because you have a good dating relationship, it doesn’t mean that you should marry.

“Some will say, ‘Since no one’s perfect, it really doesn’t matter who I chose to marry. We’re all flawed.’ Some will even take it a step further and say, ‘It’s about being the right person, not finding the right person.’ Yes, there’s some truth there; but the Bible makes distinctions between the foolish and the wise. Though we all are a mixture of both, there are some qualitative differences between people. It does matter who you marry!

“When we’re excited about a relationship, it’s easy to overlook the red flags in the relationship that should be examined. We want to be married; this special person makes us feel wonderful (at least most of the time). We know some things about this person, but we sometimes fill in the gaps with what we want him or her to be like. Yet we rarely fill them in accurately. As you continue to read, please do so with an open mind. You just might find that some red flags actually relate to you, not to your significant other.” (Glenn Lutjens, from his article, “Red Flags in a Relationship”)

So, if any of the following relational red flags exist in your relationship, talk about these issues as soon as possible BEFORE marrying. Also, it would be good to do so with a pastor, counselor or a mentor. They can give you some good added insights. Prayerfully consider these:

1. You have a general uneasy feeling that there is something wrong in your relationship with your fiancé.

2. You find yourself arguing often with your fiancé.

3. Your fiancé seems irrationally jealous whenever you interact with someone of the opposite sex.

4. You avoid discussing certain subjects because you’re afraid of your fiancé’s reaction.

5. Your fiancé finds it extremely difficult to express emotions. Or he or she is prone to extreme emotions. (These can be out of control anger exaggerated fear.) Or his or her emotions are swinging back and forth between emotional extremes. (He or she could be very happy one minute, then suddenly exhibiting extreme sadness the next).

6. Your fiancé displays controlling behavior. This means more than wanting to be in charge. It means your fiancé seems to want to control every aspect of your life. He or she controls your appearance, your lifestyle, your interactions with friends or family, etc. Your fiancé seems to manipulate you into doing what he or she wants.

8. Your fiancé does not treat you with respect. He or she constantly criticizes you or talks sarcastically to you.

10. Your fiancé often talks about imagined aches and pains. There are visits from doctor to doctor. And that is done until he or she finds someone who will agree that he or she is seriously ill.

11. Your fiancé is unable to resolve conflict. He or she cannot deal with constructive criticism. And he or she never admits a mistake and never asks for forgiveness.

12. Your fiancé is overly-dependent on parents for finances, decision-making or emotional security.

13. Your fiancé shows a pattern of dishonesty, and rationalizing questionable behavior. Or there is a twisting words to his or her benefit.

14. He or she exhibits patterns of physical, emotional or sexual abuse toward you or others. If your fiancé has ever threatened to hit you or actually struck you, this is a warning sign of future abuse. If he or she puts you down or continually criticizes you, this is a sign of emotional abusiveness.

15. Your fiancé displays signs of drug or alcohol abuse. There are unexplained absences or missed dates, or frequent car accidents. And/or there is the smell of alcohol or strong odor of mouthwash. There may be erratic behavior or emotional swings. There can also be physical signs. They can include red eyes, unkempt look, and unexplained nervousness, etc.

16. Your fiancé displayed a sudden, dramatic change in lifestyle as you began dating. (He or she may be changing just to win you and will revert back to old habits after marriage.)

Do you recognize any of these caution signs in your relationship? If so, which ones?

If so, we recommend you talk about the situation as soon as possible with a pastor, counselor or mentor.

In addition, here’s something more you need to work through:

If any of these caution signs are present in your relationship and you are engaging in sexual intercourse, it is imperative that you terminate the physical intimacy immediately. God has your welfare in mind when He forbids sexual connection before marriage. The premature bond this type of intimacy creates will make it difficult for you to make needed changes in your relationship or to break it off.

This article/discussion questions come from the helpful workbook, Preparing for Marriage: Discover God’s Plan for a Lifetime of Love. It is written by David Boehi, Brent Nelson, Jeff Schulte, and Lloyd Shadrach. There was a LOT more to the chapter on the subject of “Evaluating Your Relationship” that we weren’t able to include in this article. A large part of this particular section of the chapter was adapted from the book, How Can I Be Sure? Questions to Ask Before You Get Married. This book published by Harvest House Publishers (which is also a terrific book).

There is a lot more to learn on this matter. Please don’t hesitate to dig deeper on these matters. They’re too important to take lightly. That’s because, if you marry, and there are huge issues present, you will most assuredly have to deal with them for the rest of your life together. Don’t underestimate how difficult this will be!

If nothing else, you want to make sure you go into marriage with both eyes open. Don’t say you weren’t warned. When relational red flags are waving, you had best not ignore them. So, look at them; pray about them, and deal with them.

There’s no doubt that it’s worth your time and effort to “count the cost” ahead of marrying. After-all, isn’t that what God tells us to do in the Bible? (Here’s a hint; the answer is yes!) See: Luke 14:28-31.

So, first, Norm Wright wrote an article that we link to below on this same issue that we recommend you read:

Additionally, Gary Thomas gives other insights to consider in who you marry. Red Flags are waving everywhere. And then afterwards, Pastor Roger Barriers gives other issues to prayerfully consider:

• THINK TWICE BEFORE MARRYING THESE 7 TYPES OF PEOPLE