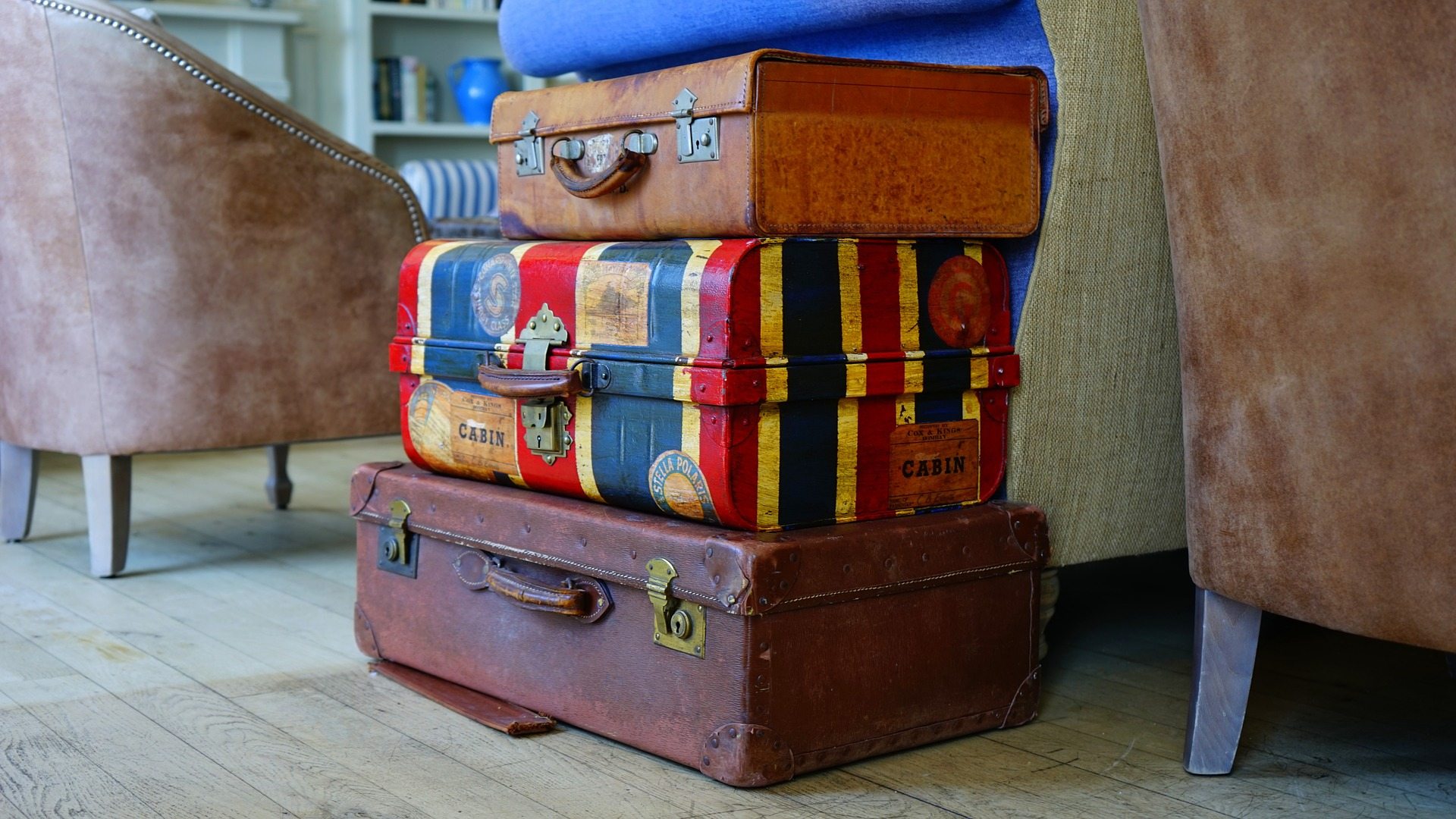 Because my husband and I had experienced multiple encounters, we had to sort through a lot of confusing thoughts and emotions regarding forming oneness. We were especially confused on leaving and cleaving matters. As divorced individuals, we brought baggage into our marriage. To succeed this time, would require us to understand more of the inner workings of a one-flesh marriage. We took a look at Genesis 2:24: “For this reason a man will leave his father and mother and be united to his wife, and they will become one flesh.“

This verse refers to the “one-flesh” aspect of marriage. But there remains another valuable truth to apply. When a couple marries there are two action steps: leaving and uniting (cleaving). God speaks of the man and woman saying good-bye to former support relationships and uniting to each other, thus forming a new relational attachment with their spouse.

Leaving involves letting go of something familiar on which we have depended. It’s like an old pair of shoes—the fit is so comfortable we often balk at breaking in a new pair. They just don’t feel the same. It’s human nature to want to continue living inside our comfort zone.

As the wedding ceremony unfolds, the bride walks down the aisle arm in arm with her father. Moments later, she’s letting go of her father’s arm and placing her hand in the open hand of the groom, symbolic of leaving behind the familiar parental relationship and accepting the new attachment to her husband—for better or worse. This isn’t always easy to live out after the ceremony. There are many unknowns to discover after saying “I do.”

When we marry for the first time, God expects us to let go of parental control. For some, even this basic step isn’t effectively enacted. Some parents continue to exert a controlling influence over the marriage relationships of their children.

Multiple marriages create a need for a more extraordinary leaving process to be put in place. Remarried’s not only have parents who may refuse to let go, but also ex-spouses from whom to separate.

We aren’t always aware of the strong attachment we have to our ex-spouse. After all, didn’t the divorce settle all that? Not necessarily. If we have an excessive interest in controlling what is happening in the other household, if bitter thoughts persist, or if we find ourselves melancholy most of the time, we haven’t emotionally let go of the past marriage. This includes feelings of ill-spent anger, which represent a strong emotional attachment fueling a negative environment for your new family.

After choosing to remarry, we need to come to a place where we no longer see ourselves as part of the old marriage. Until then, we will be unable to biblically unite as a couple in the new marriage. Remaining emotionally scattered will bring hardship into your new marriage because your marriage partner cannot consciously feel he has all of you emotionally. The environment will be one of competing for spousal position with an ex-spouse. Cleaving isn’t effectual in this setting. What you will find is disenchantment with the marriage.

Cleaving is creating a bond, being stuck together, as with glue. We come first to our spouse rather than to others for comfort and expression of needs. Together we seek solutions to the storms of life. Together we share in the joys of life. As a synchronized team we forge workable boundaries for our blended home. We cling together in the good and the bad. We draw near to one another and understand the meaning of contentment and goal setting as a couple. The “I wants” don’t supersede the greater picture of “we.”

Larry and Lagene have been married for 13 years. Larry’s first wife died, leaving him to raise their two sons. Lagene was divorced and had two boys of her own when she and Larry began dating. Although Larry’s sons didn’t want a new mother, Larry and Lagene’s friendship blossomed into marriage.

“Blending our families hasn’t been easy,” Lagene remarks. “But I think it worked well because Larry made it clear to the boys that they were not to be disrespectful to me.”

“Did he just demand that of them without following through himself,” I asked, “or did he set an example for them to follow?”

“Yes, his example made all the difference. He has always treated me with high regard. When the boys are out of sorts with me Larry reminds them they’re not just speaking to their step-mother or mother, but to his wife. I began this marriage with an incredible assurance of Larry’s love. This was very different than what my boys witnessed when I was with their father. In that relationship I was often belittled in front of them and felt devalued.”

The boys came to respect their parents because of the unity their parents displayed. There was an assurance of order in the home because Larry and Lagene’s primary unit as a couple got off to a good start.

This article was gleaned from the book, Blended Families: Creating Harmony as You Build a New Home Life. It is written by Maxine Marsolini, published by Moody Press. This book is filled with hope and solid answers for those needing help in blending their families. The author, Maxine Marsolini, uses personal examples from her life and from others to address those areas of conflict common to divorce and remarriage and outlines practical solutions to help your family grow stronger—and your loved ones closer—through the inevitable challenges ahead. This book is intended as a tool for personal growth and a guide for small group studies or Christian counseling.