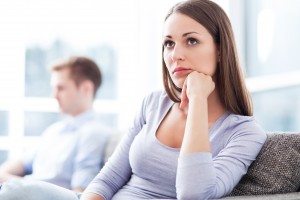 Here are a couple of questions to challenge you:

—Would your mate say you honor and respect them?

—Are they set apart and highly valued in your eyes?

—Do you regard it as part of your promise to esteem them with dignity and kindness?

Was that part of the vow you made before God to your spouse on your wedding day, to love and honor him or her?

The first 3 questions above come from a book that my niece loaned me, written by Stephen and Alex Kendrick titled The Love Dare Day by Day: A Year of Devotions for Couples

. I had seen the book, The Love Dare

that came out along with the movie Fireproof

and have recommended it often. But this one has a different approach. It contains a year of devotions, which couples can go through together, one day at a time (or as often as it works for them). What a great book, and what good questions to for us to ask ourselves.

A number of years ago, I realized that I didn’t treat my husband Steve as respectfully as I should have been doing. Here I am his wife and yet I was treating him as if he was some kind of joke to humankind for me to poke fun at. I got caught up in the mentality that society is perpetuating that it can be “humorous” to make jokes about men and how inept they can be at certain things and how they just don’t have it together like us gals think we do. How wrong I was!

God spoke to my heart one day and let me know that I know nothing. I have a good man and I’m not honoring him, as God would have me. Sure he has faults… like I don’t? And sure, he approaches a number of aspects of life differently than me. But if I turn it around, he could say that I approach life differently than he does. It’s all a matter of perspective, isn’t it?

Different isn’t wrong, it’s just different. Who am I to think that I’m queen of the world, where I’m all knowing on deciding which “different” is wrong or weird or stupid? Is it immoral? If it is, then it’s wrong. But if it’s just a different style or methodology than mine, then it’s all a matter of perspective. If I were perplexed or irritated about Steve’s way of doing something, then wouldn’t the better approach on my part be to go to him respectfully and see if we can’t find a way to work together —to think and act together on that, which needs to be done?

Yes, I know that sometimes we go down the same road over and over again. And that can definitely be irritating. But come on… doesn’t God go down the same road with us over and over again on certain issues? And yet we want grace from Him. We’re told in the Bible to “bear with each other and forgive whatever grievances you may have against one another. Forgive as the Lord forgave you.” (Colossians 3:13)

This is what I’ve learned and am learning —to have more forbearance and to forgive quicker. And I have to tell you that since I started being more of a dispenser of grace, rather than a vessel of criticism my relationship with my husband has skyrocketed in the tenderness displayed within our marriage ON BOTH OUR PARTS. As I settled down, gave more grace and softened my approach, it’s amazing the change I’ve seen in my husband. He treats me so well and shows me continually that he cherishes me, beyond measure. And I love it… and how I love him.

Thank you Lord for waking me up to this simple, yet profound concept of showing esteem to my husband —my partner for life! Thank you Lord, for showing me not to “be conformed to this world, but to be transformed” as I learn to be not only a Bible-believing spouse, but also one who actually puts intentionality into living it out and loving my marriage partner as God ordains. Sometimes that sure takes me outside of my comfort zone!

I want to close with the ending of Day 142 of The The Love Dare Day by Day: A Year of Devotions for Couples

because I believe it’s something we ALL need to consider:

“Honoring your mate means giving him or her your full attention, not talking to them from behind a newspaper or with one eye on the television. When decisions are being made that affect both of you, give your mate’s voice and opinion equal influence in your mid. You honor what they have to say. They matter. And because of the way you treat them, they should know it.”

From God’s Word in Romans 12:9-10 we’re told, “Let love be genuine. Abhor what is evil; hold fast to what is good. Love one another with brotherly affection. Outdo one another in showing honor.”

Tagged: dispenser of grace, gift of grace, love, love one another