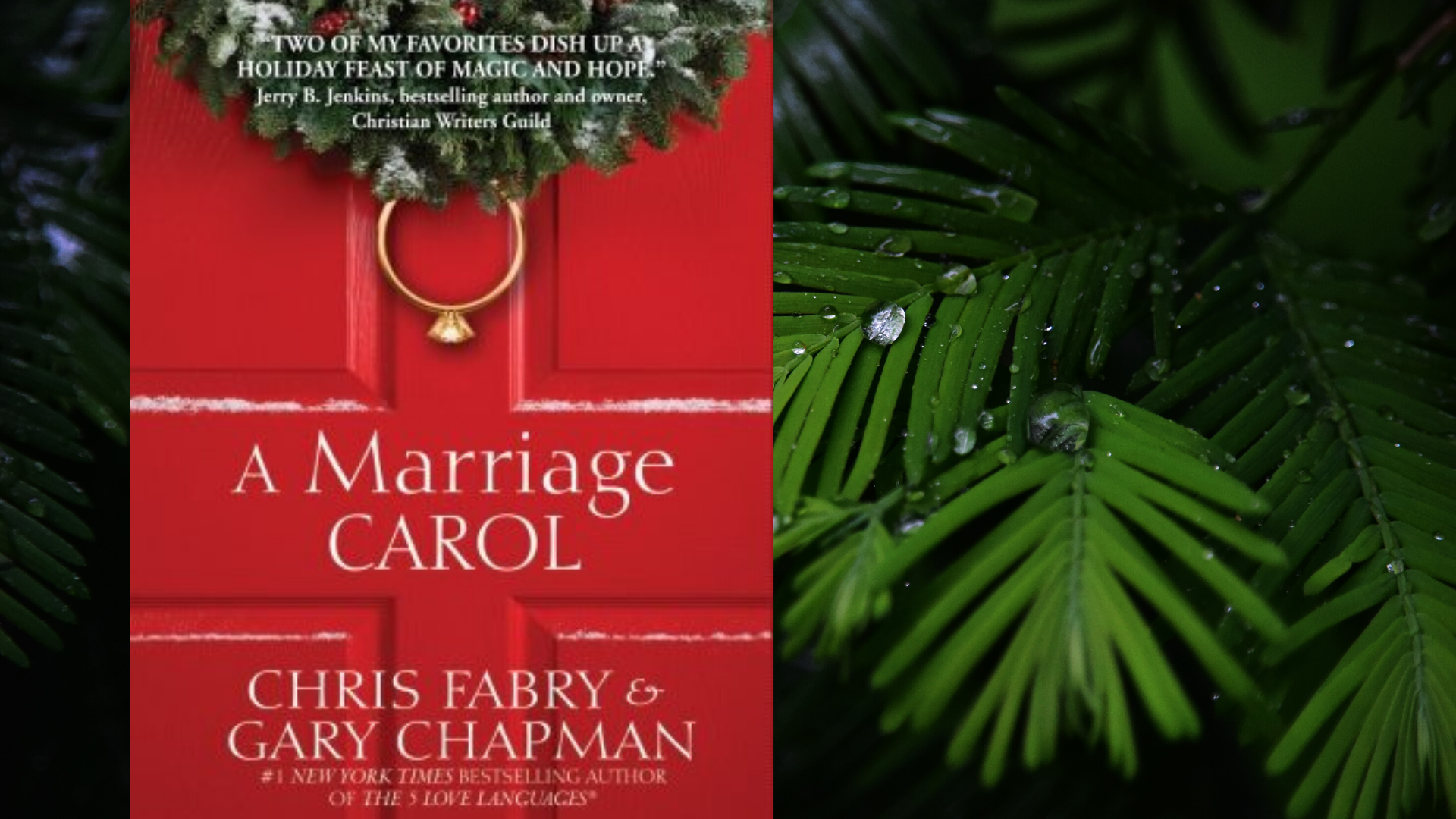 Most of us have read the story of “A Christmas Carol.” But there is also a book titled A Marriage Carol

, written by Chris Fabry and Gary Chapman that I hope every married couple will read. It’s a great read —one you may even want to give to others as a gift. It can be looked on as an investment in their marriage.

It’s so good that my husband Steve and I have purchased several additional books to give to others for Christmas. We’re sure they know people who they would like to pass this book onto, as well.

As you read it, you’ll see little glimpses of the original “Christmas Carol” story woven through it, but not very much. There are mostly differences, with one of them being that this book centers on marriage. In the plot of the story, it centers on collisions, on several levels.

Yes, there is a car crash involved. This crash brings questions as to whether this married couple should have taken another road. But the collision also causes the examination of choices one makes when a marriage is going down a bumpy road and is crashing.

The Marriage Carol is written by two of our favorite authors. One of them is Chris Fabry. Chris, along with his wife Andrea (and their family), are personal friends of ours. They’ve been riding through a lot of tough challenges in their lives. They are ones that cause a lot of crashes and could put most any marriage upon a rocky road. Many, many marriage relationships explode in the face of less happening. And yet they are determined to fight FOR their family and FOR their marriage, instead of letting these huge challenges split them apart. It takes pure grit and intentionality to do so. We love and admire them all the more for that.

(You can read more about the outside and inside forces they’re battling in Andrea’s web site found at It-takes-time.com. It chronicles their “family’s road to mold recovery, one step at a time.”)

So Chris knows first-hand what it’s like to be involved in collisions and having to make life-changing choices. He writes from experience, as well as having a great imagination.

Co-Author of A Marriage Carol

The book, “A Marriage Carol” is also co-authored by Dr Gary Chapman. Dr Chapman is another one of my favorite authors (with The Five Love Languages

being one of them). You can even check out the marriage video we have featured on this web site with Dr Chapman titled, Do All We Can.

I want to share with you a portion of what Dr Chapman wrote in the “Afterword,” of the book “A Marriage Carol.” In it you will see that he also knows about collisions in marriage, and the choices it takes to get on the right road.

“In the early years of my own marriage, I cried out to God. Why had He put me with a woman who was so different? So wrong about so many things. Karolyn and I have been married now for fifty years. Those first few years were really rough, but I can see now that they prepared me for what I’ doing today. My wife and I have a rich relationship that has been forged over time and trouble. I’m glad we didn’t give up.

“No matter where you are in your relationships —single, married, or divorced —my hope is that this story will reinforce the message that there is great power in small choices. There is a great hope in a heart turned toward another person. And ultimately, the greatest hope comes from a love outside of us the love of God who wants to reconcile us to Himself. He was willing to send His only Son on a rescue mission. That’s what we celebrate at Christmas. Our prayer is that the hope of His coming will provide hope for your relationships.

Gary Chapman writes some additional things (you’ll have to get the book to read them). But then he makes the point, concerning choices.

“I don’t promise happiness for everyone. But I do promise that a devoted spouse who moves toward that other person in the marriage will be much better for those good choices.”

Steve and I have found that to be so true. Sometimes we get so caught up in “right-fighting” –keeping the conflict going because we’re so sure we’re “right” that we forget about the overall good of the marriage. And we forget about how Christ would have us approach marriage relationship matters.

No matter what my husband does, it does not excuse or condone wrongs I commit because of the emotionality of it all.

I hope you’ll get the book, A Marriage Carol

, and discuss it with your spouse. There are discussion questions included in the back. Perhaps reading, praying, discussing what the points God shows you for your marriage will bring a positive change to your marriage. And perhaps, if you give this book to others, it could help precipitate a change in their marriage. These are just a few thoughts to consider.

2 responses to “A Marriage Carol”