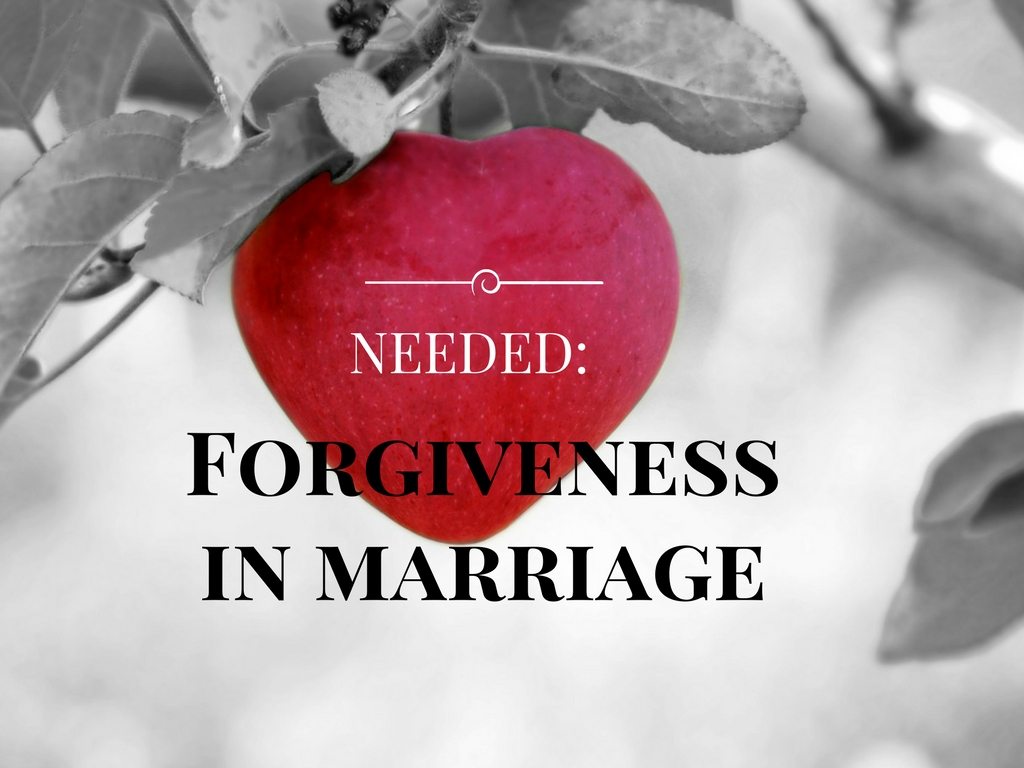 We can’t deny it, we ALL do things we should not. According to the Bible, that makes us sinners (even though we don’t want to think of ourselves in this way). Bible tells us, “For all have sinned and fall short of the glory of God” (Romans 3:23). Marriage especially, can accelerate the process of bringing out our bad sides. It can be a cooking chamber for bringing out the good, bad, and in between. That’s why sooner or later, we will all need marriage forgiveness from our spouse. And they will need it from us.

After we say, “I do” that, which was buried deeper inside of us, comes out when our comfort zones are stepped upon by our spouse. It is inevitable. As a result, there are all kinds of lessons that can be learned, When Sinners Say, I Do. That’s why we’re excited that we came across a book by that title written by Dave Harvey. It’s one that teaches us some important principles we need in marital living. We recommend you read it.

We also came across a radio program series, titled, “Love Always Forgives.” It is produced by the terrific ministry of Family Life Today.

Below, we’re going to give 3 quotes from each program. This is so you can read a sneak preview. And then we will give a web site link for each. That way you can make your choice to either listen to the broadcasts or read the transcripts they make available.

The first program is titled What Really Matters in Marriage. It was originally aired on May 28, 2008. But it’s just as relevant today. The following are 3 quotes from that program.

Ephesians 5 talks about how God has created marriage as a parable of Christ’s love for the church. And one of the realities about marriage is that it says something first about God and, in God, Christ’s love for the church. And to see that, we have the privilege of being caught up in something that’s so much bigger than any of us. It’s really about Christ and His passion for His people.

Dave explains a bit more about the above concept. And then goes on to talk about certain disagreements that he and his wife have had. (You may be able to relate to them.)  They have taught him (and can teach us) some important lessons.

We’ve certainly experienced our share of conflicts in our marriage. And I would say that all of them follow a familiar pattern. We will engage each other. We will then be tempted to say things that we shouldn’t say. And then we have decisions to make about what we believe and how we want to relate to each other.

Have you been there? During this radio program, Dave talked about the lesson he learned. It involves how it has changed how he apologizes to his wife. He also discussed certain things he’s learned about how we sometimes back away from taking full responsibility for the things we do that we shouldn’t. And yet moving towards God requires more than that.

On marriage forgiveness he then says:

I do think that inherent to all, sin is an attempt to divert attention from the sin. And so when we actually confess, we’ll want to locate the responsibility for that sin outside of ourselves. I think part of moving towards God, part of applying the Gospel, is saying, “No, I am the man. I did that sin. This is the sin I did,” and then being specific. It’s one thing to say, “Well, I was a little upset with you, dear.” But it’s another thing to assign a biblical term. And then to say, “I was angry, I was feeling wrath in my heart.” Boy, that has a sting of conviction that those more generic terms don’t bring.

Day two of the three day broadcast is titled, Love Always Forgives. This broadcast can truly challenge many who struggle with forgiving a spouse after they have been hurt by them. But Dave Harvey explains:

One of the reasons why God allows us to experience conflict is to recognize what is in our heart. And so part of God’s design in us coming together is to understand who we really are. Conflict is understandable; it’s to be expected. And yet it’s also an opportunity to go to school on who we really are. It helps us to apply the Gospel.

Dave gives further explanation on marriage forgiveness and then says:

He then tells of a couple named Jeremy and Cindy. They had a storybook married life. But eventually their foundation of trust in marriage and the process of forgiving was challenged. Jeremy committed adultery. Dave Harvey goes on to say:

…Our answer can’t begin with people. Our answer must go to God and must go to the Savior. And we have to be reminded of what happened when Jesus Christ died for our sins, and the sins and the tremendous offenses that we were forgiven of. It’s only the cross that puts the sins of other people into perspective. It’s only as we look and as we perceive what actually we’ve been forgiven of that we can turn to somebody else who has sinned grievously against us and forgive them.

Dave explains this concept further. And then tells of other friends who had to leave the mission field. They left because of adultery and the battle they had with forgiveness. It’s a compelling story.

The third day of the three day radio broadcasts on the subject of “when sinners say I do” is titled “Mercy Triumphs Over Judgment.” On this subject, Dave Harvey says:

Dave further explains the issue of mercy. He tells of a woman named Emma who was deeply hurt by her husband Gordon. And yet she displayed Christ-like mercy in how she reacted to his injustices.

Gordon and Emma met as he was new in ministry and met at a church function. They got married shortly thereafter. And on their honeymoon, Gordon informed her that he didn’t love her. He said he married her because he thought that that was the best thing to do in ministry, to be married. That began 40 years of Emma having an experience of a distant husband. He was disconnected, and probably unconverted.

Yet Emma’s disposition was not one where she was living, just always responding to the next thing he did do or didn’t do. But she drew her guidelines for how to respond from what she saw in Christ. It was what she saw in the Gospel. And she used that to determine how she would live with Gordon.

Dave further explains what he learned of Christ through Emma’s actions.

We are commanded in Scripture to be merciful as our Father in heaven is merciful. And yet what we don’t often realize is that mercy is specifically referencing sin. When it says that God is merciful, that means that He has suffered with sinners and for sinners. It defines His disposition towards us despite the fact that we are weak, that we are fallen, and that, apart from Jesus Christ, we are bent in the wrong direction. We are bent to disobey God. And yet, even while we were yet sinners, Christ died for us. He came towards us out of a merciful heart to draw us to Him. So it’s God in relationship to us, as sinners, that really defines that mercy.

You can listen to or read the rest of this radio interview (which we highly recommend) by going to the web site for Family Life Today at familylife.com. Look for the radio series, “Mercy Triumphs Over Judgment.”

One response to “Marriage Forgiveness: When Sinners Say “I DO””