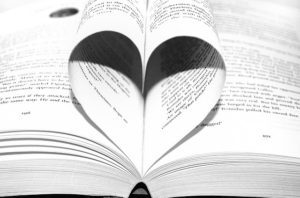 “You must teach what is in accord with sound doctrine. Teach the older men to be temperate, worthy of respect, self-controlled, and sound in faith, in love and in endurance. Likewise, teach the older women to be reverent in the way they live, not to be slanderers or addicted to wine, but to teach what is good. Then they can train the younger women to love their husbands and children, to be self-controlled and pure, to be busy at home, to be kind, and to be subject to their husbands, so that no one will malign the word of God.

Similarly, encourage the young men to be self-controlled. In everything set them an example by doing what is good. In your teaching show integrity, seriousness and soundness of speech that cannot be condemned, so that those who oppose you may be ashamed because they have nothing bad to say about us.” (Titus 2:1-8)

There are many different ways a church could approach marriage mentoring. Below are some of the many ideas that could be facilitated.

Here are a few:

• Have a Facilitating Married Couple that will oversee the Marriage Mentoring Ministry.

A married couple may work best in this ministry position. That way both the men and women involved feel they have someone of their own gender to help them with issues that arise.

• Marriage Mentoring can be done in group form (large or small) or one-on-one.

It can also be done in the form of Accountability groups —like a “Promise Keepers Group.” It’s a group that meets periodically to help one another.

• You could also have long term or short term marriage meeting groups.

They could meet once a week, once a month, a quarter, or for a year, or for whatever time limit you want to set for it.

Have the subject be ones that will be helpful to those who are married or engaged. (They can be short term or long term or continual.)

• Always keep in mind, there are different ways of mentoring.

Mentoring is a way of life. Keep your eyes open to how God wants to use you to mentor (encourage) others. Again, this can be done in large groups, small groups, or one-on-one. Pray and then watch for “Divine marriage mentoring appointments” (both planned and unplanned).

“And let us consider how we may spur one another on toward love and good deeds. Let us not give up meeting together, as some are in the habit of doing, but let us encourage one another. and all the more as you see the Day approaching.“(Hebrews 10:24)

This way they can experience “the other side” of engagement.

• Encourage Mentoring couples to build a Mentoring Lending Library at home (if possible).

This way they can lend resources out to couples to use for further “study” of a marriage subject.

• Start a Marriage Mentoring web site at your church that you change periodically.

• Build up a good marriage-building, and marriage mentoring library at your church.

Include within these resources CD’s and DVD’s that others can use in their mentoring groups. Mentors don’t have to be a “natural born” teachers to host a mentoring group. They just need to be willing facilitators led by God.

• Have someone create Viewing and/or Listening guides for the marriage CD’s and DVD’s in your church library.

That way marriage mentoring leaders can use them in their “small group.”

• Have a Marriage Mentoring “tip” or quote in your bulletin and/or Newsletter each week.

You could also have a half page insert in your bulletin during different times of the year that gives additional information to married couples. Or you could have an e-mail list that couples could sign up for to receive a “marriage tip of the week.” We have hundreds of marriage tips posted in the Social Media topic of this web site (under Facebook and Twitter Quotes).

• Host a Marriage Event in your church once a quarter and invite all the couples to it.

Hopefully because of this event you’ll reach out to some “new” couples. They may want to get involved in a mentoring group as a result of attending. It can be a social and educational event. An example would be hosting a potluck dinner with a special speaker who will speak on a subject that will benefit to all who attend. This could occasionally, even be a “For Women Only” event. Or it could be a “For Men Only” event, which would address marriage subjects relating to their particular needs and interests.

• Encourage couples to attend at least one marriage retreat a year.

Another idea would be for them to go away for a weekend just the two of them to take the time to focus on their growth as a couple. Your church could even host a Marriage Weekend.

Schedule them to meet periodically to address subjects that would be helpful to their gender.

5 responses to “Marriage Mentoring Ideas For A Church”