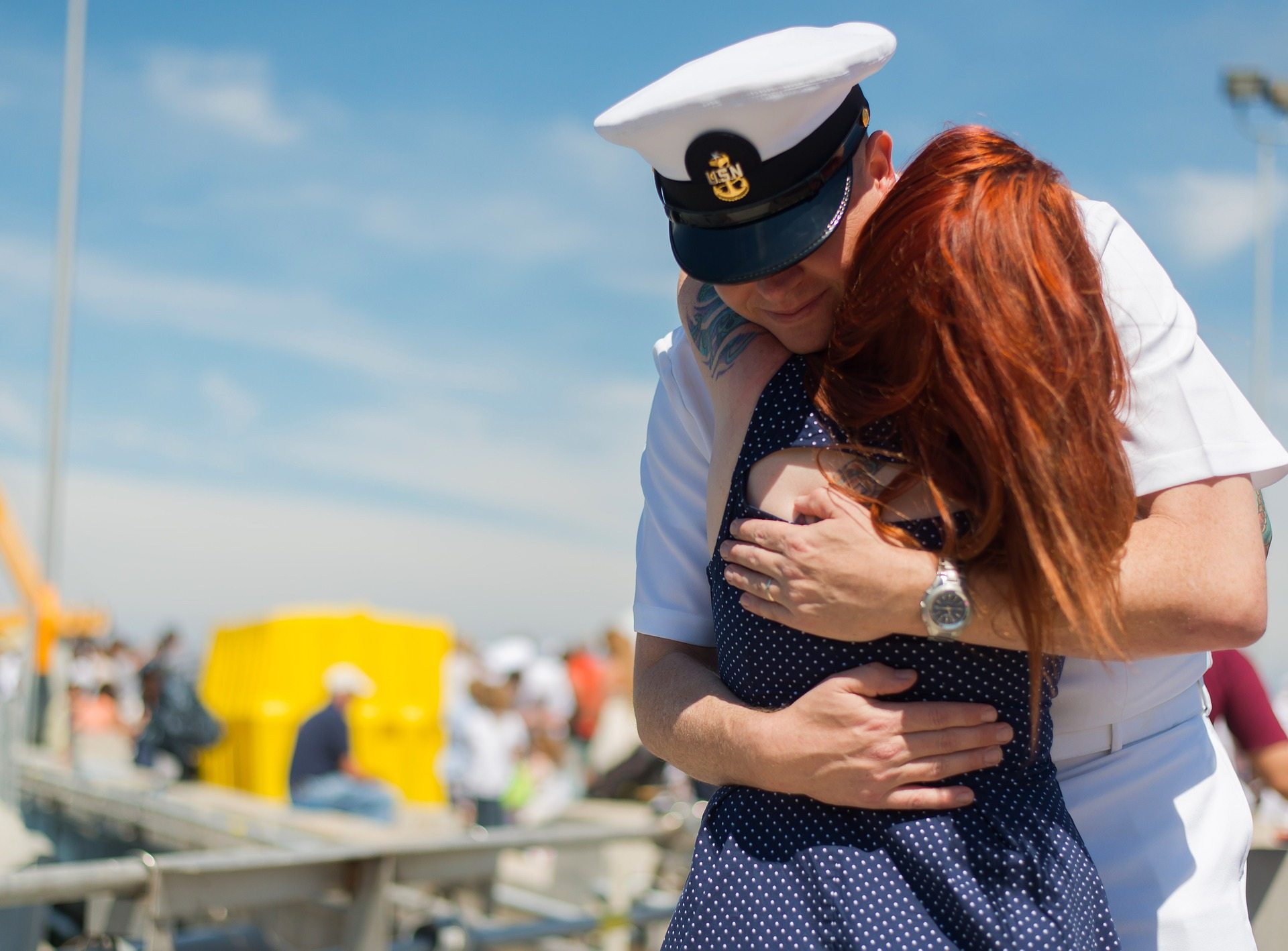 Some have called military families the “hidden heroes at home.” But many who could wear this title don’t feel much like heroes. They mostly see the daily struggles they encounter and the areas of weakness they perceive. This is especially true of military spouses. They face difficult challenges because their loved one isn’t able to help them at home at the present time.

Many military families don’t feel like they are the “heroes” when it’s their loved one who is offering their “life’s blood” to defend our nation in a faraway place. And yet they are the ones who can truly support those who are serving in this way. The loving encouragement, prayer support, and bravery of those who are at home “standing strong” is all part of what it takes to make our world a better place to live.

Yes, the heroes are those serving in the military in faraway places. But the supportive family and friends in their homeland are also true heroes.

Neither “assignment” is easy. So, for those of you who are “braving it” here at home, we have found several articles posted on the Internet that could help you and your family.

The first is an article is posted on the web site for Crosswalk.com. It is written by Carol McGlothlin and Brenda C. Pace. They write about their experience of “leaving and cleaving,” both as wives in general, and wives who are married to those in the military. Please click onto the link below to read:

• LEAVE AND CLEAVE: Reflections of a Military Wife

The following article is featured on the web site All About Life Challenges.com. We’re not certain of the author, but it’s for wives who are dealing with challenges when her spouse is overseas. Please click onto the link below to read:

• MILITARY WIFE: How She Copes with Uncertainty

Here’s something that was discussed in a Family Life Today radio interview a number of years ago with Dennis Rainey talking to Ellie Kay. Ellie’s husband served in the military for a number of years. She was asked, “What advice do you have for the wife whose husband is traveling but specifically applies to the military family?” Ellie replied,

“The main thing is to just give them a lot of space when they come back. Also know it’s a two-way street. The spouse that’s re-entering also needs to be aware of the fact that the spouse they left behind is not really the same person they were before. This is because they’ve been in charge. It’s especially difficult if it’s been for three, six, 12 months at a time. That’s what our military faces.

“They’ve been in charge, and have been in control. A wise spouse that is coming back will give their spouse a lot of time to transition and turn over those areas of leadership back to them. It goes both ways. But part of it is just making it a slow transition and being aware.”

In a second interview, Ellie was asked if she and her husband Bob ever had a real “tiff” after he has come back from being away for a period of time.

After the laughter cleared Ellie shared something she and her husband worked out. It’s something that helped them avoid many “tiffs.” It might also work in your marriage, as well. She said:

“We’ve developed a signal, that is a code word. Sometimes if he’s been flying, sighting and giving orders, he can come home and still be giving orders. So we have a code. It’s called ‘K&G.’ It means ‘kinder and gentler.’ And when I give him that code (we have agreed on it ahead of time), then he immediately throttles back, so to speak. He then realizes that he’s doing it, because sometimes he’s not even aware of it.”

And as Ellie said previously in the interview, the signal can be used both ways. This is because the wife sometimes needs to be “K&G.”

Concerning being married to someone in the military, she also said:

“We all want to live a life that’s normal. But that’s not what we have. So we work with what we have. And we make the best of it. And, actually, we try to find God in it and see what plan and purpose He has for us in that.”

I hope this is true for you and that what you’ve read in this article helps in some way.

As Dennis Rainey closed the interview, he said, “We salute you.”

And that goes for our feelings for you heroes at home, as well as your spouse.

One response to “Military Spouses and Families: Heroes at Home”