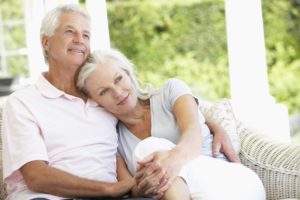 This morning, as I was perusing through the various marriage web sites I visit regularly, I came across an inspirational quote from the ministry of Marriage Works. It points out the type of heroism it takes to grow a successful marriage relationship. This quote summed up so much of what my husband Steve and I have learned about marriage:

“Successful marriages aren’t reserved for ‘special’ couples. Rather, they’re attained by couples who do ‘special’ things, like putting forth effort when they don’t want to, and showing love when it’s undeserved. They forgive when they’re offended, and are present physically and mentally when they’d rather be somewhere else.

I can say AMEN to that! And that’s especially true after last night. My husband Steve came through as a hero for me (which he often does). We have a very “successful” marriage, but Steve stepped forward in BIG ways. Please, let me explain.

Not many people know, but shortly before Christmas, my younger brother (by 6 years) had a heart attack in another state on the other side of the country. He lived, but not without complications. He had to have quadruple bi-pass surgery. This was all complicated by the fact that he recently lost his job (because his health issues dragged him down to the point where he became too slow at work).

Somehow, he drove himself to the hospital (while having the heart attack), and was checked in. There, he was cared for by the hospital (for which we’re SO thankful). He then had to have emergency surgery. When we got word, our first concern was whether he would live or not. Then, it became apparent that he needed on-going care and a place to recover. In all of this, he lost his place to live (because of no income). As a result, he essentially became homeless. Not only did we realize we needed to step in to give him a safe, clean place for any true chance of recovery, but we needed to give him a place to live until we can all figure out his living situation in the future.

My Husband, My Hero

My dear, dear husband didn’t hesitate to let it be known that our home would be his for whatever time it was needed. We secured a place for my brother to stay immediately after his release from the hospital. He could stay there until one of us would be able to fly in to bring him here. My husband wanted to be the one to do it. He wanted to do this because of the many complications, which needed to be worked out. (There is also the fact that my brother is a big man. He needed my husband’s strength to lean on during the trip, rather than mine, which pales in comparison). We all agreed.

Not only did Steve take time off of work, he flew across the country. He took my brother back to the hospital for his Post-Op appointment, and helped my brother pack up his few belongings. Steve then brought him here, which was extremely difficult. Bringing a newly operated on heart patient on an airplane across country —made it a TOUGH flight for both. Steve has been as gracious as he can be —despite the inconvenience this brought.

We’ve had some difficult days because we have no doctor care available, up to this point. Again, my brother has no job, and he lost his home. We are his only support through this time. So we’re doing the best we can.

Yesterday, there was an upsetting incident (for my brother’s privacy, I can’t go into details). It tested all of our resolve to go the extra mile in trying to make this work. We’re WAY over our heads medically and such. But God is gracious, gives wisdom and we’re making it minute-by-minute. His grace is sufficient.

So, I want to brag on my husband a bit. He’s stellar! As I told him this morning, “There aren’t many husbands who would put up with all of this —especially with such a great attitude.” The tranquility of our home is definitely being challenged right now. But that’s what happens in life. It most often doesn’t go, as we want it to. Living on this side of heaven gets messy. But it’s in midst of trying circumstances, that the character of who we are is challenged. How much I love and appreciate my husband’s character (and more)!

I’m just so blessed to have my brother alive. I’m also blessed have a husband who is helping to keep it that way. It’s like the quote, which I began this blog with, it’s the “special things” that are put forth —the times of “being present physically and mentally when they’d rather be somewhere else,” which helps make marriages successful.

Trust me when I say, there have been SO MANY TIMES during these past weeks (and before), when Steve and I have wanted to check out. We wanted to quit and say, “This is just too much, too hard. I’m done. We’re done.” But I’m so thankful that God is working in us and through us to help us work through our inner temper tantrums. God strengthens us to keep plodding through TOGETHER. May we keep persevering! May we do things God’s way, rather than giving up and doing them in ways, which entertains and helps the cause of the enemy of our faith. We want God to be lifted up, no other.

Going this route seems so taxing, so unfair. But then again, life IS unfair! …at least life in this fallen world. But on the other side… it will be oh, so different! Thank God. Thank, thank God!!!

I hope that whatever you may be going through, you work it out to choose to do things as God leads. Work as a team —you, together with your spouse, and God. May we draw inspiration from each other, pray for one another, and keep keeping on. As it says in Ecclesiastes 4:9-12:

“Two are better than one, because they have a good return for their labor. If either of them falls down, one can help the other up. But pity anyone who falls and has no one to help them up. Also, if two lie down together, they will keep warm. But how can one keep warm alone? Though one may be overpowered, two can defend themselves. A cord of three strands is not quickly broken.“

4 responses to “Success and Heroism in Marriage”