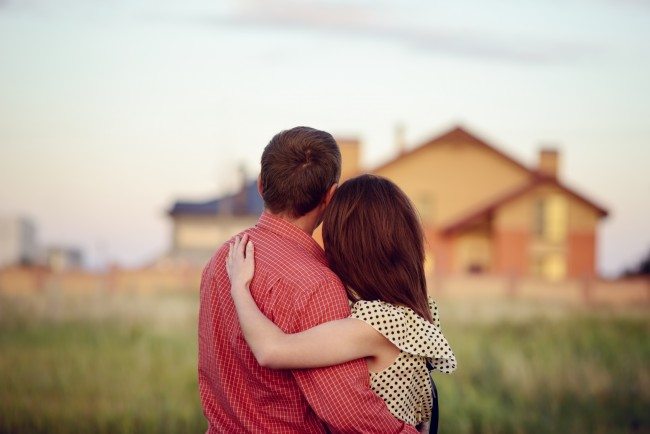 “Like people, marriages also go through different developmental stages and predictable crises. Everyone is familiar with the infancy stage of marriage—the “honeymoon period.” But what happens after that? Does marriage have its equivalent to the “Terrible Two’s” or the stormy teenage years? In fact, it does.

“But because people are unfamiliar with the hills and valleys of marriage, these periods are often misunderstood, causing over-reactions. Those who manage to weather these stormy periods usually come out the other side with greater love and commitment to their spouses.” (Michele Weiner-Davis)

We don’t often think of marriage as going through developmental stages. But it does, according to the experts. With that in mind, we’d like to expand on that issue a bit. We’re featuring portions of an article featured in Parade magazine several years ago. It’s titled, Navigating the Marriage Map, written by Michele Weiner Davis Divorcebusting.com.

Navigating the Stages of Marriage

On this matter Michell wrote:

Researchers tell us that if you want to live a healthier, happier, and even longer life, forget your running shoes. Stay married. But exactly what makes a marriage last? Although many people believe it’s a matter of luck or picking the right person, as a marriage therapist and long-time observer of relationships, I can tell you that there’s nothing random about love that lasts. In fact, most relationship experts agree that much of what happens in marriage is surprisingly predictable. And couples who are familiar with the emotional terrain that lies ahead—both when they enter into a marriage and anywhere along its path—are better prepared to handle the bumpy roads. Most experience five stages, though the length of each will vary:

Early in their relationships, couples are typically head over heels in love. They emphasize their mutual interests—hobbies, choice of music and restaurants. They feel joy in each other’s presence, while overlooking their differences. At no other time is their feeling of well-being and physical desire for each other as intense. While in this naturally produced state of euphoria, couples often decide to wed.

Enjoy the magic of this stage; but recognize that the euphoria won’t last forever. And when it starts to fade, remember, your marriage isn’t failing. Infatuation isn’t the glue that holds marriages together.

Stage Two: What Was I Thinking?

Reality sets in. Differences in interests, perspectives, personalities and day-to-day habits become glaring. To make matters worse, the “love chemicals” that triggered intense attraction have, for many couples, fizzled out. Ironically, it’s in the midst of feeling at odds with your spouse that you’re now faced with making many life-altering decisions. Should you have kids? Where will you live? Who will support the family?

Those in second marriages are facing the daunting task of blending families. They’re dealing with ex-spouses, coping with financial responsibilities of the past, and so on. Just when a team spirit would have come in mighty handy, couples feel like opponents. So they spend the next few years trying to get their spouses to change.

Know that conflict is inevitable and does not signal an unhealthy marriage. Take a conflict resolution skill-building class. Stay connected by spending time together, communicating and making a robust sex life a top priority.

Stage Three—Everything Would Be Great If You Changed:

Couples spend the next few years trying to get their spouses to change. When this doesn’t work, many face a fork in the marital road. Some divorce or have affairs. Some decide to stick it out. That’s because of religious beliefs, personal values, and concern for their children. There are also financial considerations or even the fear of being alone.

A portion of those who stay together resign themselves to unhappy marriages; but others begin to investigate more satisfying ways of interacting. And those who do are fortunate. That’s because the best of marriage is yet to come.

Stage Four—That’s Just Way S/He Is:

By now, couples accept that they’re never going to see eye-to-eye about everything. They then find ways to live more peaceably. Spouses more readily forgive and recognize that they aren’t exactly easy to live with either. When disagreements occur, people try harder to put themselves in their partners’ shoes. Fights happen less frequently; plus they aren’t as intense or as emotional as before. Couples finally understand that, as with everything in life, one must accept the good with the bad.

Don’t rest on your laurels. Continue practicing the three T’s: Time together, Talk, and Touch.

By the time couples reach stage five, they have a shared history and countless memories. Since they’d both agree that marriage hasn’t been easy, they feel a sense of accomplishment. They appreciate each other rather than feel threatened by their differences. Their children are older and more independent. This gives couples more time to focus on each other. They’ve come full circle.

Keep yourself healthy and active so that you can enjoy the fruits of your labor! And remember, anything worth having in life is worth working for

Even though this article was written outside of a Bible-believing framework, the information can still be helpful to all of us to consider. Marriage is NOT easy. It has its twists and turns that can sabotage our ideals. Whenever you put two sinners together, conflict is going to inevitably happen.

But when our expectations meet up with reality, that’s when we need to readjust our thinking. It’s important not to panic, thinking things will always be as bad as they appear at the time. Instead, we need to double down and work THROUGH them in a BIBLE- LIVING way with God’s help.

The question is: are you weathering the different stages of marriage with a long-term goal in mind? Marriage is supposed to be a life-long marathon. It’s not a short sprint in the “race” of life. In a marathon you pace yourself through each stage. That way you’re able to victoriously cross the finish line.

Keep in mind that God can show you how to navigate through the rough stages. He can help you to get to a better place relationally. Let Him do His perfect work IN you and THROUGH you.

One response to “Navigating Stages of Marriage – MM #255”