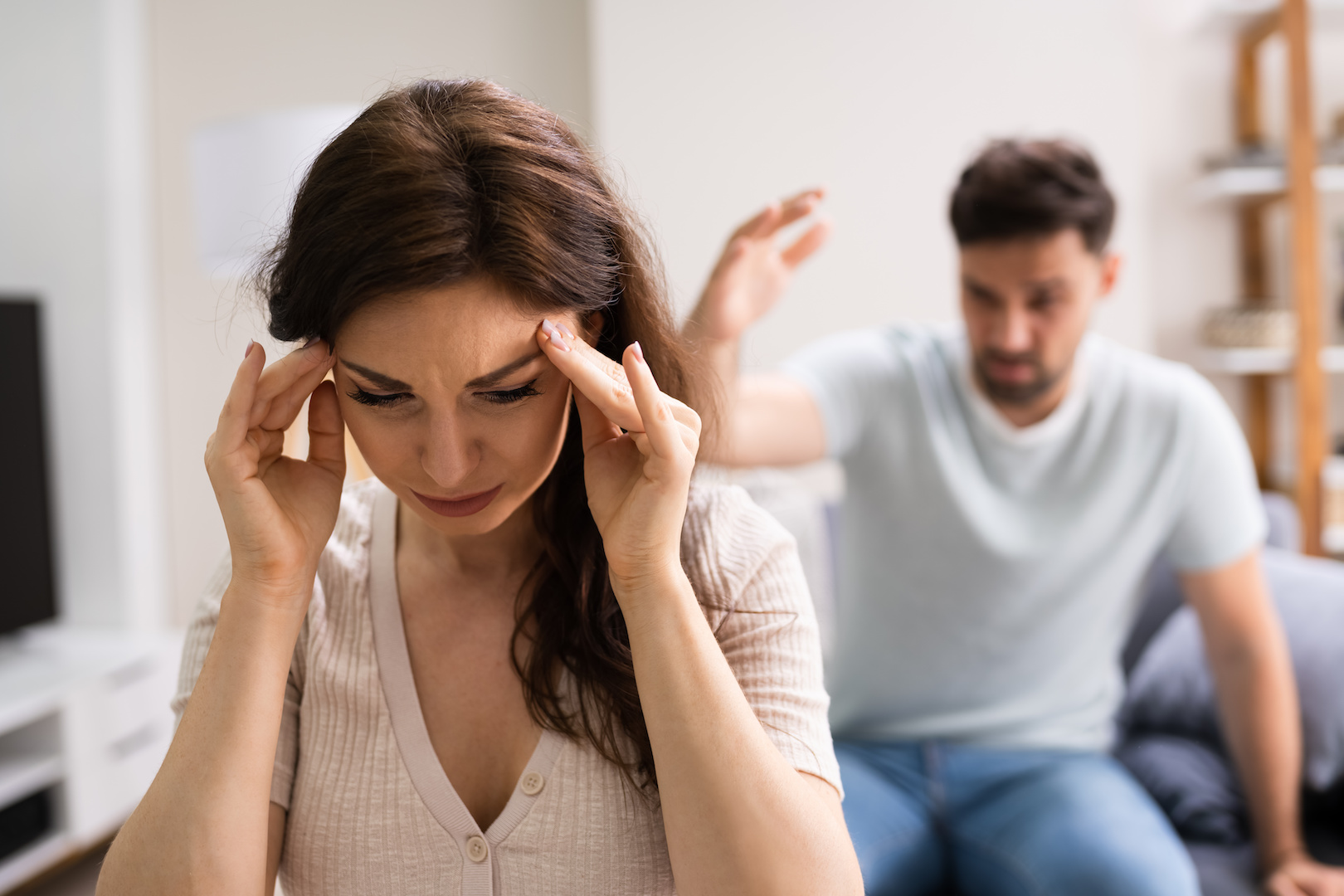 When you argue with your spouse do you find yourself needing to give the last word? Or maybe your spouse has that need. If that’s true, it’s important to note that this “habit” can be exhausting to the other spouse. It often prolongs your arguments. Plus, it makes your arguments into competitions rather than ways to work out your differences. And really, isn’t that what we’re supposed to do? Don’t we marry each other so we become partners, rather than competitors?

We’re reminded of a little dog we had a number of years ago named “Troubles.” She was a menacing little dog… cute, but often naughty. This little dog brought “troubles” into our lives at random times. She lived out her name very well.

One thing we both remember about her is that she could not allow anyone to have the last word if she was reprimanded. If she barked when she shouldn’t and we scolded her, she would just have to give that last bark. No matter how many times we’d try to stop her she’d follow through with that last yip. It didn’t matter if she would get in further trouble by doing this. She needed to let us know that she had the final say, not us.

Insisting on Having the Last Word

Lynn Shattuck confessed the following that illustrates this point. She wrote:

“I have a habitual tendency to argue with the people closest to me. It’s not a new pattern—I’ve been doing it since I was a kid.

‘Why do you always have to try and get the last word in?’ my parents used to ask me. Often, they asked this to me as they were sending me to my room. ‘I don’t always try to get the last word in!’ I’d holler through my door. ‘You’re doing it now,’ they’d point out. ‘No I’m not—oh,’ I’d say, slowly closing the door.

“Lately, I’ve been paying attention. And the more I pay attention to it, the more I see that my tendency to argue is a reflex, a long-standing habit, a tic. I didn’t realize how annoying it was until my son started doing the same thing to me. I quickly found that having a loved one challenge me constantly was exhausting, and certainly not conducive to the type of intimacy I’d like to have in my relationships.” (From Lynn’s article, “How to Stop an Argument Dead in Its Tracks”)

Dragging the Argument On To Absurdity

And that’s what I (Cindy) have found. Those that insist on having the last word are annoying and exhausting! We have a close relative that has this habit. He can never drop a subject without giving you his final opinion. The last time we got into a heated argument, he said, “I want to say one more thing and then we’ll drop the subject.” I finally said, “No you won’t. Your last statement ends this argument. If you say one more thing, I’ll want to refute it. And then we’ll go on and on. Enough is enough!”

He still tried to continue but I wouldn’t hear of it. We were going no where good with this dispute. All he wanted to do was “right fight.” He had no desire to hear a word I was saying, just talk over me. I kept asking him to stop ranting. But he wouldn’t. Steve later told me that the next time I should hang up the phone after saying, “I asked you repeatedly to stop but you wouldn’t. So I’m hanging up now. I love you, but I’m done arguing with you about this.” And then hang up.

This will be tough to do. But it’s an important boundary I need to set. This “Last Word” style of arguing is frustrating to the other person. Are their viewpoints less worthy to end on? Here’s a great marriage resolution tip:

“If your spouse is being unreasonable, stop feeding into their emotional reaction. Instead, end the conversation with a polite statement like, ‘I’m going to give you space now;’ then stick to it. Chances are, your spouse will come back around after they’ve cooled down.” (Drs Les & Leslie Parrott, from the article, “Ways to Decide Whether Silence is Best“)

Right Fighting by Insisting on Having the Last Word

Sometimes we want so badly to have our spouses realize how “right” we are and how off base they are that we argue something into the ground. We just won’t let up. We have to make sure our partner knows how wrong he or she is in a situation. It’s as if we’re the Energizer Bunny (in the commercial). We go on and on and on and on. Even if it’s making the situation worse by doing this, there’s a compulsion to keep on going.

This goes along with the scripture that says, “A quarrelsome wife is like a constant dripping on a rainy day. Restraining her is like restraining the wind or grasping oil with the hand.” (Proverbs 27:15-16) You can’t do it—no matter how hard you try. Even though that scripture addresses wives, I’ve seen where husbands can be “drips,” as well.

If you are a “drippy” spouse, here’s another good conflict resolution tip:

“Know when to drop an issue. Too many couples argue an issue to death. They engage in power struggles when it’s best to simply agree to disagree, or honor the validity of the others position. No one needs to be ‘right.’ And certainly no one needs to be proved ‘wrong.’ Let the matter go and learn to live in harmony.” (Dr David B Hawkins, from his article, “Beware of the Shift”)

The following are a few things God’s word says to both wives and husbands. It concerns being wise and knowing when to stop the barking, or the talking (whichever applies).

Take Note —God Tells Us in His Word:

• If anyone considers himself religious and yet does not keep a tight rein on his tongue, he deceives himself and his religion is worthless. (James 1:26)

• A fool finds no pleasure in understanding but delights in airing his own opinions. (Proverbs 18:2)

• Even a fool is thought wise if he keeps silent, and discerning if he holds his tongue. (Proverbs 17:28)

• He who guards his mouth and his tongue keeps himself from calamity. (Proverbs 21:23)

• Better a dry crust with peace and quiet than a house full of feasting, with strife. (Proverbs 17:1)

We’ll repeat our opening statement: “A good time to keep your mouth shut is when you’re in deep water.” It’s something that we need to apply when we’re tempted to flood our spouse with more words than we should.

“Starting a quarrel is like breaching a dam; so drop the matter before a dispute breaks out.” (Proverbs 17:14)

Here are our last words we’re giving on this issue (with a smile on our faces as we give them):

“A good time to keep your mouth shut is when you’re in deep water” (or before you say what you shouldn’t).

“Let your gentleness be evident to all. The Lord is near.” (Philippians 4:5)

5 responses to “Needing to Give The Last Word”